The Media is an Activist Organization

More and more people are realizing what's been true for a long time. 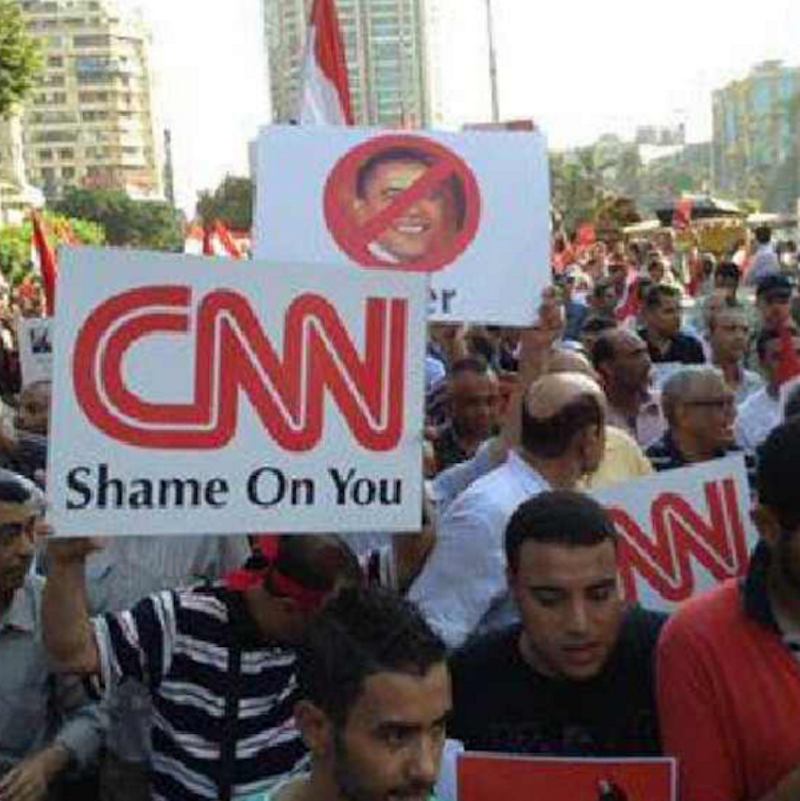 In 2018, a middle-aged woman forgot what year she was living in and made a big mistake. She went to a Halloween party hosted by a Washington Post cartoonist with her face painted black, wearing a tag that read "Hello, My Name is Megyn Kelly." It was an ill-advised attempt to mock the TV host's comments excusing blackface in certain situations. A number of guests told the woman, who isn’t famous, that her outfit was inappropriate, and she left the party in tears.

Last week, the Post decided that this unfortunate incident was a national news story which merited a 3000-word, double-bylined article identifying the woman by name—Sue Shafer. Along with the article, the Post ran a photo of the two revenge-seeking women who'd attended the same Halloween party and then waited two years to take advantage of the post-George Floyd media environment and convince the newspaper to run the hit piece. They’re our latest "outrage heroes."

Shafer, who has expressed regret over the incident, was fired, because that's the automatic penalty now. Prospective employers doing a Google search of her will see her portrayed as a racist. That's what the Post, the self-proclaimed beacon of democracy, considers justice.

The Post has just printed one of the most irresponsible, vindictive pieces of "journalism" I've ever seen, and every single muckraking zealot now thinks they can get their photo in a major newspaper if they dig up some old dirt from anyone's past. But all the effort that's devoted to bringing people down will do nothing to serve the interests of the American public. The real point of this kind of witch hunting is to make activist/journalists and tattlers feel good about themselves, as if they're delivering justice rather than settling a score. It's an exercise in vanity and cruelty disguised as responsible, progressive journalism.

Before a Minneapolis cop killed George Floyd, we were already living in a time when activists passed as journalists, and partisan media outlets pretended to be objective. But recent events have stripped away this facade. The media wanted everyone locked down indefinitely until the precise moment that people took to the streets in close quarters to protest police brutality. Suddenly, gathering in large crowds during a pandemic presented no health risk. On the other hand, the protesters who'd previously marched against the lockdown were castigated as science-denying fools spreading the virus so they could get a haircut.

We've reached the point where being just a journalist, as opposed to an activist/journalist, can put your career in danger. The activists at The New York Times recently showed who's the boss when they got op-ed editor James Bennet fired for publishing a column by Sen. Tom Cotton. Some Times employees even claimed that the op-ed, which advocated for a show of military force (not a "use" of force as some claimed) against street protesters, put their black staffers' lives in danger, as if only black people were participating in the protests. These people are well aware of the power of outrage, even when it's just faux outrage.

The Philadelphia Inquirer's activist staff got top editor Stan Wischnowski, who’d diversified the newsroom, fired for this headline: "Buildings Matter Too." The activist media narrative forbids any mention of property destruction during the recent protests, even though an overwhelming majority of Americans oppose this violence.

Those on the Left have a difficult time perceiving the activist bias in the media they consume. A report from the Berkman Klein Center for Internet and Society at Harvard found that right-wing media, from Fox News to Infowars, is insular and therefore prone to spread falsehoods. Center co-director Yochai Benkler said that he and his colleagues found that the right-wing media ecosystem operates in a “propaganda feedback loop” in which a news story's "truth or falsehood is not an issue," as long as it fits within the approved narrative. Benkler said there's no evidence of an equivalent of this phenomenon within the MSM. His study found, contrary to ample evidence, that a culture of accountability exists among the MSM, while right-wing media's all about unchecked bias.

James Bennet’s replacement at the Times, Kathleen Kingsbury, assured the staff that they now had veto power over anything that made them uncomfortable. Lee Fang, an investigative reporter with The Intercept, nearly got fired recently when he expressed dismay over the destruction of immigrant-owned small businesses during the street protests. This upset one of his colleagues at The Intercept, and Fang was forced to issue one of those "hostage apologies" to save his job. Reportedly, Fang's been told that his continued employment rests on not making his colleagues feel uncomfortable.

The information the media gives us going forward will increasingly be what doesn't upset the delicate sensibilities of its activist staffers. A nation wracked by racial disharmony, a public health crisis, and crushing unemployment deserves far better than that.