They deserve to get it good and hard. 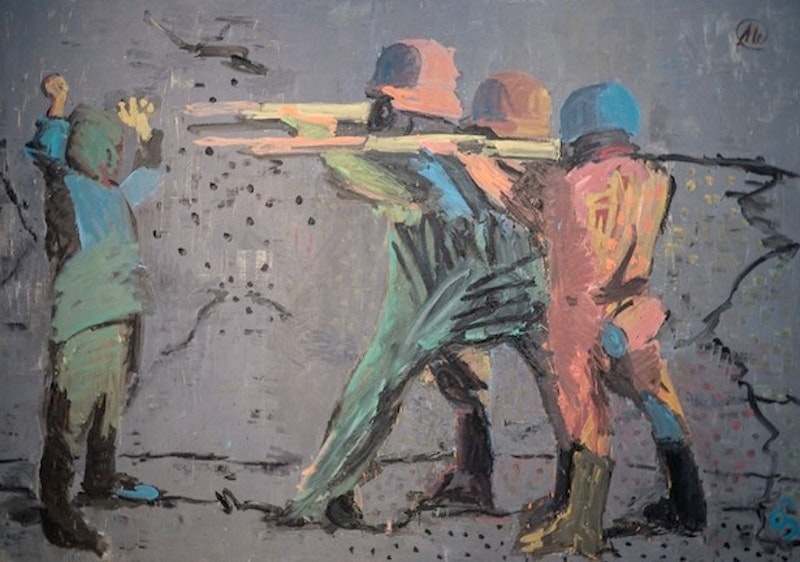 The play Ubu Sings Ubu was on, or at least near, Broadway for a night last week—a slight revision of the classic 19th-century French absurdist play Ubu Roi, in which the clownish character Pere Ubu becomes a violent king, now interspersed with the music of the alternative rock band Pere Ubu. It’s the perfect play for our era and one I saw in its Verse Theater Manhattan incarnation two years ago.

The thing that makes Alfred Jarry’s play still feel relevant is that Pere Ubu is not just some lingering vestige of aristocratic rule. He’s clearly one of the masses, a prole, a peasant, one of us—and he turns fascist (before there were fascists) at his first taste of power. It could happen to you. It’s happening now, I fear, as the Democrats flirt with Bernie Sanders’ socialism and the Republicans with Donald Trump’s fascism.

All political factions are guilty of flattering the masses and praising their good sense—but the masses are inattentive idiots who, in a time of perceived crisis, will elevate populist buffoons at the first possible opportunity. H.L. Mencken was that rare intellectual willing to criticize democracy, writing that it was the theory “The common people know what they want and deserve to get it good and hard.”

I don’t mean to dismiss the differences between our two major parties entirely. The Republicans, especially in the time of Trump, are more nationalist, and the Democrats are more socialist. But together they form a sort of two-part national socialist party, which the few remaining citizens of conscience must oppose.

Though I wish government would be abolished altogether, if I had to envision some candidate arising from our current two-party milieu who would nudge things in a slightly better direction and still appeal to the drooling hordes, I suppose it would have to be someone like a slightly more libertarian version of Bill Clinton (remember “neoliberalism”?). That is, someone who would sound like an optimistic globalist, as he did, but strive to decentralize, not centralize, power—and do it with market-based reforms.

Steve Forbes had roughly the right idea, and if a more charismatic version of him existed, a higher-energy Mitch Daniels or something, that person might yet unite sane voters and win the general (Gary Johnson, anyone?). It shouldn't be as tough as it appears. Mitt Romney wasn’t completely unlike what I'm envisioning, I admit, but he was mushy where he should’ve been solid, stiff where he should’ve been comfortable. Awful as he is, though, he may have been in the ballpark, I belatedly see—now that I know how much worse things can get. Spoiler: Ubu Roi ends in a bloodbath.