A Clinton presidency and GOP Senate could mean SCOTUS gridlock. 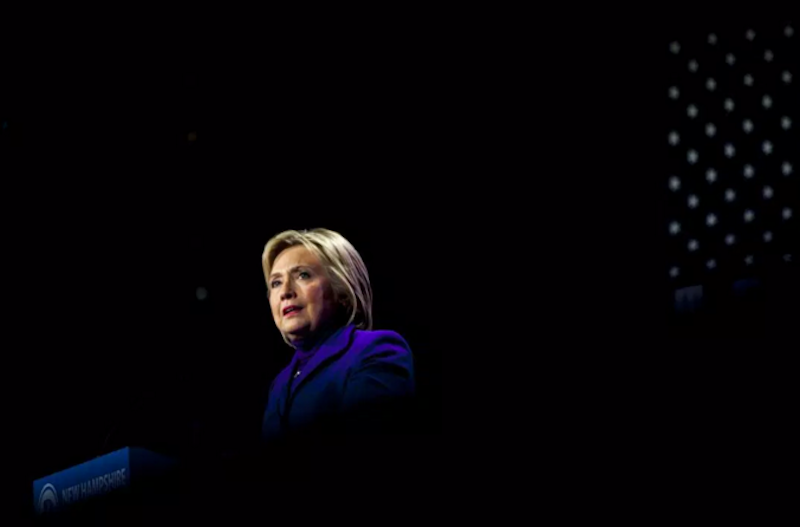 President Obama’s vowed to appoint Antonin Scalia’s replacement during his remaining time in office, while both Senate Republicans and most of the GOP presidential candidates have declared that the next president should make the choice.

Ever since, essentially, the moment Scalia’s death was confirmed, the issue’s been one long series of arguments and counter-arguments, many of them invoking traditions and precedents that don’t actually exist. Fairer arguments have pointed out the various hypocrisies of everyone, from Obama to Senate Majority Leader Mitch McConnell on down, who was the opposite side of this issue during the judicial nomination fights of the Bush era.

All sorts of solutions to the logjam have been floated, from the appointment of a “placeholder” justice to a scenario mirroring a certain 2005 episode of The West Wing to, simply, one side or the other just plain giving up.

But absent some unexpected solution, the government’s clearly headed for a long and ugly fight with the potential to drag on for most if not all of 2016. But what if it goes beyond 2016? I think it may do that.

Here’s one scenario: Obama, not for lack of trying, is unable to get a nominee through the Senate for the entirely of 2016. Maybe he tries once, twice, or three times to submit a nominee, but his picks either don’t come up for a vote or are rejected, and Obama leaves office without having filled the vacancy. Then, in November, Hillary Clinton is elected president, and the Senate retains a Republican majority.

If that happens, what’s to stop the Republicans in the Senate from, starting in January 2017, continuing to block every Supreme Court nomination from the Democratic president, just as they did with Obama?

They won’t be able to argue that Clinton is a “lame duck,” but they’ll be able to justify, to themselves and supporters, that the electorate chose a Republican Senate and therefore would approve of the caucus continuing to use a tactic they’d been using for the previous year. If the Republicans realize they have the power to stop a Democratic appointee from replacing Scalia, why would they give up that power just because a different Democrat is in the White House? Won’t their base demand that, even if the election is already over?

How likely is this scenario? My hunch is that ultimately, Obama’s pick will make it through and be confirmed. In his second term especially, Obama has managed to outfox the Republicans in Congress repeatedly, and I’d imagine the nomination fight will go the way the most recent debt ceiling and budget battles have gone: Faced with a popular, obviously qualified pick and catastrophic poll numbers, enough Republicans will break ranks and allow a vote on Obama’s nominee. Or, perhaps we’ll have some sort of Gang of 14-like situation in which veteran “moderates” from both parties carve out a solution.

But if that doesn’t happen? Don’t be surprised if the number of Supreme Court justices, a year from now, remains at eight.