"Gaijin" in Japan need a sense of humor. 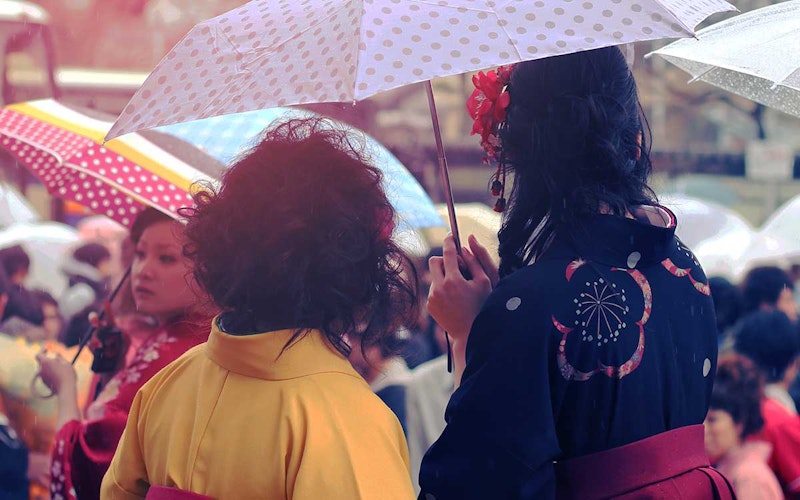 The Washington Post recently ran an article by Iris Kuo headlined, "Why do my co-workers keep confusing me with other people? Because I’m Asian." The author isn’t happy that the IT guy goes to another Asian's desk when she’s put in the work order, or that two "white, male" journalists mistook her for another Asian journalist, or that a few years ago a waitress handed the credit card of another Asian back to her. Kuo acknowledged that these incidents are rarely malicious, but writes, "It is bumbling, careless, idiotic," and "absolutely not right."

A journalist named Jessica Cheung, who works for NPR's “All Things Considered,” responded on Twitter: "All my life I’ve been mistaken for other people of my race. It’s a degrading error that boils away my identity." Japanese New York Times reporter Hiroko Tabuchi then tweeted: "At NYT, folks have called me "Motoko" @motokorich quite a few times. Motoko is fabulous so it's an honor, but still."

While I empathize with Kuo and Cheung, who were both born in this country and shouldn’t have to deal with such nonsense repeatedly, it's harder to feel bad for Tabuchi, having had the chance myself to see first-hand how people of another race are treated in Japan when I spent five years there. All non-Asian foreigners are lumped together with one word—"gaijin"—which translated means "outside person." In a sushi restaurant one night, a Japanese man addressed me as simply "gaijin," an insulting and degrading way to talk to a stranger in Japanese, but I just laughed it off.

Fellow Asians in Japan, however, are not lumped in with the gaijin masses. They’re accorded more respect. For example, South Koreans are called "kankokujin," and Chinese are "chugokujin." This distinction was driven home one evening as I sat in a restaurant with my buddy Yoshi, who’d just returned from Germany and was marveling at the number of "gaijin" who were there. Yes, he thought of Germans in their own country as "foreigners," an irony I enjoyed pointing out to him. In reality, gaijin does not mean as much "foreigners" as it means "those of another race," which you could find disturbing if you were the sort to dwell on such matters.

Many Japanese feel a shock when they hear Japanese words coming out the mouth of a white American, or a black Nigerian, for that matter. Some of them will try to reply in English, regardless of how limited their English is and how good your Japanese is. This is annoying, not to mention rude. To some degree, there’s a preference in Japan for foreigners who speak broken Japanese, or no Japanese, over fluent Japanese speakers, who threaten some Japanese. Perhaps there's also an element of a Japanese-speaking foreigner suddenly losing their "exotic" appeal and becoming freakish when they can handle the language like a native. Those who speak only minimal Japanese will often hear the standard phrase "nihongo ga jouzu desu ne" ("you speak Japanese well") spoken enthusiastically in response to their feeble attempts at Japanese. It’s condescending.

Foreigners aren’t generally mistreated in Japan, but things can occasionally get tense. One night, a group of American and Canadian friends I was with was refused service at a Tokyo "yatai"—a mobile food stand where you can sit down and order simple food and drink beer. All of us spoke Japanese, so we didn't present any particular challenge, but we ended up just leaving without saying much of anything in protest to the proprietors. This was the only blatant racism I ever encountered in Japan, but it's not something foreigners in the U.S., including Hiroko Tabuchi, will encounter.

I doubt that Tabuchi really has much to complain about. In 2013 she won a Pulitzer for being part of a team that wrote about business practices at Apple, although her exact contribution to the effort—one that involved veteran journalists—is unclear. So if she's been called Motoko a few times, she should be able to brush it off with grace.