Impeachment and Lawsuits Are Fundraising Tools

Both Obama and the GOP face risks. 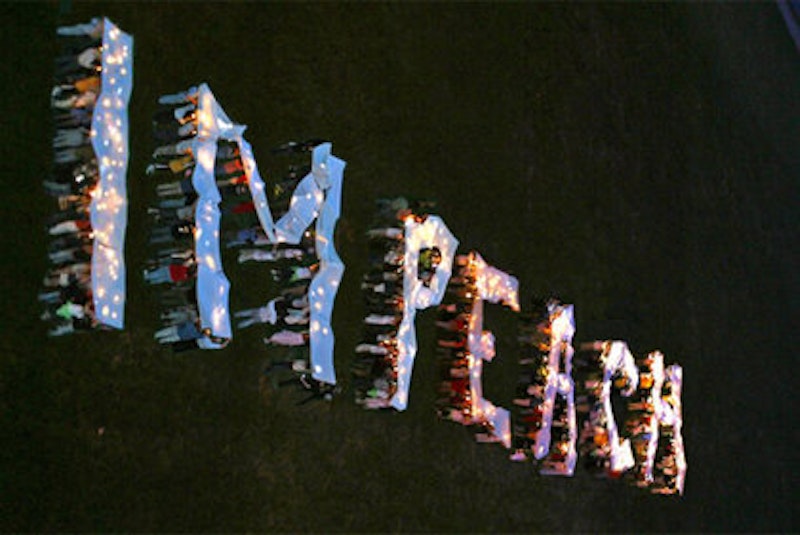 Impeachment is big business. So, too, is the Republican lawsuit against the President. Neither is likely to go anywhere but the threat of one and the launch of the other are filling political bank accounts and stoking the bases of both parties.

Nothing opens wallets like signs of political trouble and Democrats are hoping Republicans will keep talking, and talking and talking about impeachment. Impeachment is more of an accusation than an automatic ejection from office, as many of the benighted among us believe.

Since impeachment became a hot political topic and a lawsuit was eventually passed by the House, the Democratic Congressional Campaign Committee has collected $7.6 million in contributions, according to reports, much of it in small donations which indicates that the party’s grass roots are stirring and concerned. Nearly $3.6 million of that figure was donated in just four days. Republicans, individually and as a party, are also cashing in on the twin threats, though no numbers are available.

Impeachment and the lawsuit are two different tacks. Talk of impeachment of President Obama originates from the radical flank of the GOP, the likes of Sarah Palin, but is discouraged by those less afflicted with an intemperate dislike of Obama. Palin has her own political action committee and bank account to fatten as well as her new TV channel to promote.

Speaker John Boehner (R-OH) has dismissed impeachment outright but, as in other circumstances, he may have no control over the wing-nuts in his GOP caucus. (In his most recent public humiliation, Boehner was forced to withdraw the GOP’s own Border Supplemental Bill late last week because he lacked the 218 votes within his own caucus after a right-wing revolt led by Sen. Ted Cruz of Texas.)

The lawsuit, to the contrary, passed the House in a straight 225-201 party line vote, with every Democrat and five Republicans voting against it. Many legal lights have already dismissed the action as having no standing and just short of frivolous as well as a partisan misadventure into the netherland of  checks and balances.

The lawsuit stakes its claim on an obscure point in the Affordable Care Act (Obamacare) which granted certain businesses a year’s waiver from the employer mandate. The frivolity of the case derives from the fact that the House has already voted more than 50 times to repeal the ACA.

Both talk of impeachment and the lawsuit are risky adventures for both parties. Legalisms aside, Obama has lately taken a perverse pleasure in goading Republicans to take action against him. The White House, in fact, has been feigning inevitability about the legal entanglements of the president.

“They’re going to sue me for taking executive actions to help people. So they’re mad I’m doing my job,” Obama said in a speech in Kansas City. “And by the way,” he scolded Congress, “I’ve told them I’d be happy to do it with you. The only reason I’m doing it on my own is because you’re not doing anything.”

But Boehner is stuck trying to deflect the impeachment issue from any momentum the White House may be gaining as a fundraising and voter turnout issue. “This whole talk about impeachment is coming from the president’s own staff and coming from Democrats on Capitol Hill. Why? Because they are trying to rally their people to give money and to show up in this year’s election,” Boehner said. “We have no plans to impeach the president. We have no future plans.” Was that last line a slip or a GOP policy statement?

And therein lies the prize. With Democratic control of the Senate in peril and recapturing the House a mathematical stretch, the White House has seized the issue of the President under siege by the radical right in America as a way to motivate its base and deliver voters to the polls in November.

The local bluster over whether Anne Arundel County Council candidate Michael Peroutka is a racist seems more like a feud between two former TV talking head panelists than an indictment of the GOP candidate himself.

On the conservative side of the brawl is John Lofton, spokesman for Peroutka and a right-wing banshee who describes himself as a “recovering Republican.” And on the liberal end is Carl Snowden, kind of a professional civil rights activist who materializes periodically when an opportunity presents itself. Both are yammering leftovers from Richard Sher’s long-running shouting-match public affairs show.

Lofton and Snowden regularly attacked each other on the show over affirmative action, the civil rights movement, the size and role of government, the real or imagined culture clash between blacks and whites and other social issues dominating the 1980s when Square Off was at its peak on WJZ-TV. (As a Square Off panelist, I was often caught in their crossfire.) And now they’re at it again.

Lofton is now listed as editor and co-host of “The American View” radio program run by Peroutka and was communications director for the 2004 Peroutka presidential campaign. Snowden was recently ejected from his position as head of the Annapolis Housing Authority and before that as civil rights enforcer in the attorney general’s office. He’s had occasional run-ins with the law for drunken driving and marijuana possession.

Peroutka, who won the GOP Councilmanic nomination by 38 votes, has been slammed, ostracized and disowned for his affiliation with the League of the South, based in Killen, Alabama, which encourages the secession of Southern states but which the Southern Poverty Law Center classifies as a neo-confederate hate group. The League advocates “a free and independent Southern Republic” made up of the former Confederacy states. Peroutka has been listed as a member of League of the South’s board of directors.

Peroutka is a fundamentalist zealot who thumps the Bible and interprets the Constitution down to its creakiest coma. He characterizes the League of the South as “a Christian free market group,” which sounds like some symbiotic alliance between the teachings of Jesus and Darwinian plunder.

The League of the South is opposed to fiat currency (government declared legal tender, i.e., American money), the personal income tax, central banking, property taxes and most state regulation of business. Above all, the League is vehemently opposed to immigration which it code-phrases euphemistically as, “Southern demographic displacement.” It sponsors one-word billboards in the South—“SECEDE.”

Snowden, organizer of something called the Caucus of African-American Leaders, has been hectoring GOP leaders to disavow Peroutka’s candidacy which Larry Hogan, Republican candidate for governor, did. Kind of. Hogan said Peroutka’s views do not represent those of the mainstream Republican party.

But Peroutka, a lawyer, defended his views and himself. “I am anti-racist. I have spoken publicly against racism. I’ve gone out of my way to repudiate racism, and if there are any racists in the League of the South, I repudiate them, and I pray for them.”

Petrouka took a personal shot at Snowden, Lofton’s old TV sparring partner: He accused Snowden of engaging in “race-card smear tactics” to “distract from the personal demons that have plagued him.”

The League of the South is the creation of one J. Michael Hill, who precedes his name with Dr. and claims affiliation with the University of Alabama. Call them racists or just a collection of nut-cakes or, charitably, eccentrics, the League, like The Princess and the Pea, has made itself barely felt in Anne Arundel County.

Oops! Last week’s column stated that Baltimore City’s share of the Red Line’s cost will be nearly $1 billion. The following clarification was received: “The city’s share will be about $200 million; Baltimore County was asked for $50 million but said they were good for about $25 million; the Feds, $900 million and the state the balance—probably $1 billion from bonds issued by the Transportation Authority. The Authority has a legal limit on issuance and it may be difficult for them to be able to fund the project. Remember that the Inter-County Connecter Garvee bonds are still out and that the revenue projections for the ICC have had to be lowered.”