The Church of Obama Will Not Be Denied

The President’s media disciples compete for the most dishonest portrayals of Romney. 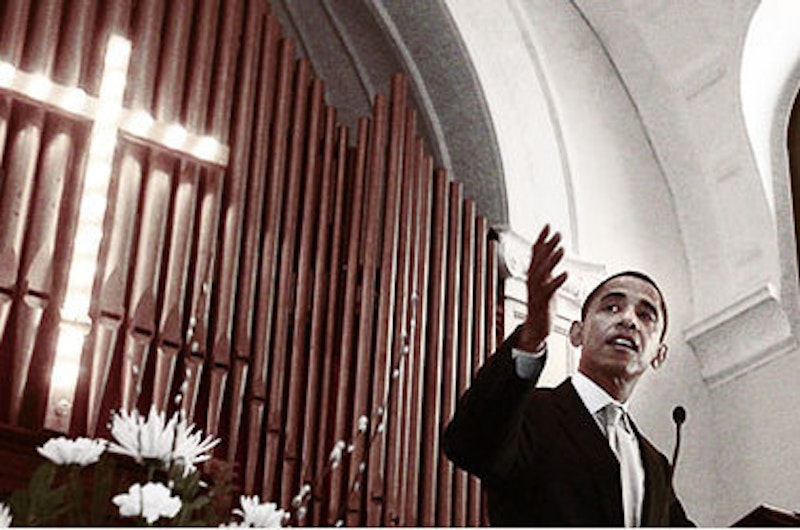 Joe Klein had a merry time raising a glass to America’s salt of the earth in his latest Time column, “The Imaginary Candidate,” scorching Mitt Romney for “spending more time [in the past six years] pestering plutocrats for cash than meeting with and listening to the general public.” Marching on orders, Klein leapt on Romney’s still-toxic “47 percent” remark at a supposedly private Boca Raton fundraiser last May, sticking up for the service workers at that affair for “plutocrats” (the favored word of liberal reporters this year). Klein draws a portrait of Romney as William Zantzinger vs. the vast majority of Americans, who are all Hattie Carrolls, and I’d suppose that whoever it is that actually reads Time anymore nodded in furrowed-brow approval.

Klein may be an aging Baby Boomer, but if he ran for the presidency of the dormant and scattershot Occupy Wall Street movement, I suspect he’d win by acclamation.

Yet there’s a foul odor emanating from Klein’s words, one that can’t be excused by his devotion to the Church of Obama. He accuses Romney of running for president in a bubble—fair enough, since the GOP hasn’t tapped a worse candidate since Bob Dole in ’96—but doesn’t recognize that he, Joe Klein, oracle of the masses, a biographer of Woody Guthrie for crying out loud, is just as insulated as Romney. Maybe it’s the crowd he hangs with, or perhaps he’s consumed by following his residuals from his novel (and then film) Primary Colors, but Klein apparently doesn’t realize that he’s just as guilty as he says Romney is for throwing a portion of American citizens off the U.S.S. Affluence. He writes:

Ah, but there’s that cognitive dissonance again: the Romney campaign is running against a phantom economy as well… Members of the public certainly are worried about the inability of the economy to create jobs and especially about the employment problems their children will confront. But let’s face it: if you add up all the unemployed, underemployed and those who’ve abandoned the workforce, you’re still looking at maybe 15% of the labor market. And while the Romney campaign was sleeping, the other 85% have seen their circumstances change.

So, while Klein blasts Romney for writing off 47 percent of the potential electorate, he chucks a mere 15 percent in the trash. Isn’t that an actionable offense for parishioners of the Church of Obama?

But the demi-plutocrat Klein doesn’t stop there in claiming it’s Morning in America once more. Speaking about “the other 85%,” he says, “The soaring stock market has restored their 401(k)s to their former plentitude; the values of their homes are creeping back above the waterline in some areas and booming in others.” Admittedly, I’m not an economist of Prof. Klein’s expertise, but the financial collapse that began four years ago and wiped out, depending on one’s portfolio, some 50 percent of savings, haven’t been across the board made whole by the market’s gains. Klein discounts the fact that so many Americans, devastated by the post-Lehman economy, had to dip into their compromised capital, and so no matter how far the Dow has jumped, a return to late-2007 levels hasn’t occurred for one and all.

Klein digs a deeper hole: “Our nation’s feckless freeloaders have behaved responsibly since the 2008 crash… They’re feeling better about their circumstances. And suddenly, the percentage of people who think the nation is on the right track is surging…” Klein presents no evidence of this surge, but the National Journal’s Charlie Cook, citing the most recent NBC News/Wall Street Journal poll (which Cook says contains “modestly good news” for Obama, and the opposite for Romney) points out that the “right track” number has increased from 32 percent in August to 39 percent when the poll was conducted. The “wrong track,” while reduced, is at 55 percent, a number that Cook says isn’t a “big change” but still favorable for Obama.

Let me be clear: Romney’s campaign is muddled and he’s likely to lose on Nov. 6. After he tapped Paul Ryan as his running mate in August, I thought Romney had finally become assertive, and figured he had about a 45 percent chance of defeating Obama; with his recent travails, and continuing lack of defining what exactly he’d do to improve the economy, I guess his chances now are about 33 percent. Just a gut hunch, and given this most unusual election, it could tick up or down in just days, but Romney’s not in great shape.

But the media’s caricature of Romney as an avaricious and heartless man who’d make Donald Trump look like Phillip Berrigan is demeaning not only to the candidate but also says a lot about today’s legacy media. Klein’s a master practitioner of Democratic propaganda, but his confederates are equally misleading. Last week, The Washington Post’s E.J. Dionne’s column was headlined, “Does Romney dislike America?” and though the pundit didn’t say explicitly that Romney hates most of his countrymen, he used the words of another Republican, which urged generosity of spirit, as advice to “Boca Raton Mitt Romney.” And that Republican would be… George W. Bush.