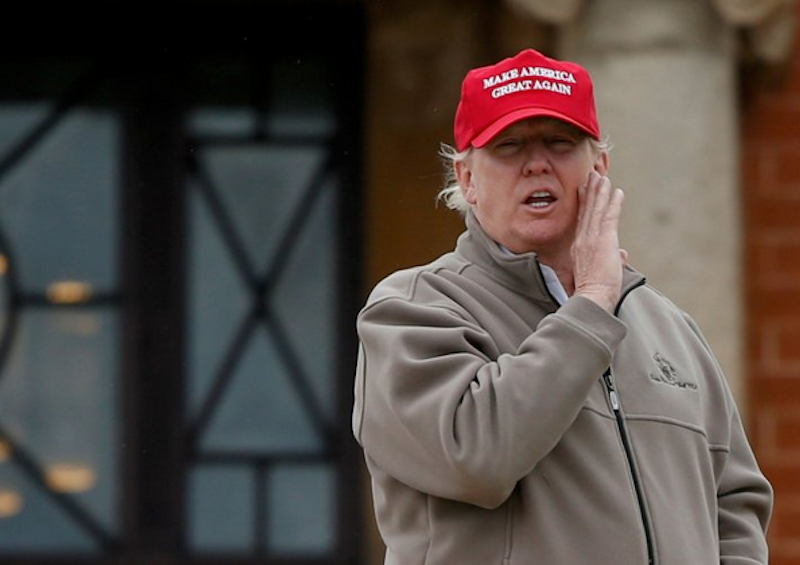 “It's going to be a great wall, and not at all expensive.”—Donald Trump

From 2,000 and Counting (Capitol, 1968): “Sylvester, you know, he hung out at their restaurants. Because they didn't make fun of his accent. That's important. You have some chow mein and drink the tea and maybe the waiter knows a Yiddish word to make you laugh, and it's civilized.

Carl Reiner: “Ladies of, ladies of a certain repute.”

”Not that kind of masses, not with the candles.” Catches himself. “Oh yeah. Yeah. Yes, you're right. Masses of people. On horses. Hor-ses. Hordes on horses, everyday. The Mongols, the Huns, the Bronwitzes. The Bronwitzes are terrible. They always got fruit basket, and—they mean well. But fruit basket, that's clutter, and they always bring it.

“So the Chinese people are talking and Sylvester sees an idea. Because that's opportunity. He says to them, simple idea, he tells them, 'You need a wall. The barbarians come down, the horses, carrying the spears and the fruit basket you don't want, and what happens? A wall. So now they, they can't get in.'”

“Yeah! They can't go forward. They stop, they look. One of the, the barbarians—maybe it's a Bronwitz, because Phyllis is very bright—but somebody, somebody on a horse, they'll say, 'Hey, fellas. We got a wall. You know, let's take a look here.' So they back everything up.” The 2,000-Year Old Man lets out a two-fingered phweet, like he was signaling a truck caravan it was time to move out. “They got to take another look. And then, all right, they go home. There's a wall, there's no doorbell, so okay, and they got to turn the horses around.

“That's Sylvester's idea, and the people, the waiter and everybody, they say, 'Okay, nice, yeah. But wait, what kind of wall?' And Sylvester says, 'A great wall, and not at all expensive.'

“He knew a guy, it wasn't so hard. Out in Paramus. Sometimes you got to drive. They're out there, you find them.”

“It is! Everyone was very enthusiastic. The waiter said free chow mein, 10 months. Crabs, shrimp. Anytime Sylvester walked in. He could bring friends. He made a pig of himself.”

Carl Reiner: “It's certainly a great wall. They say it's the only man-made structure that can be viewed from outer space.”