Anarchy in the UK, Bushwick, and Coney Island

What they need is property rights. 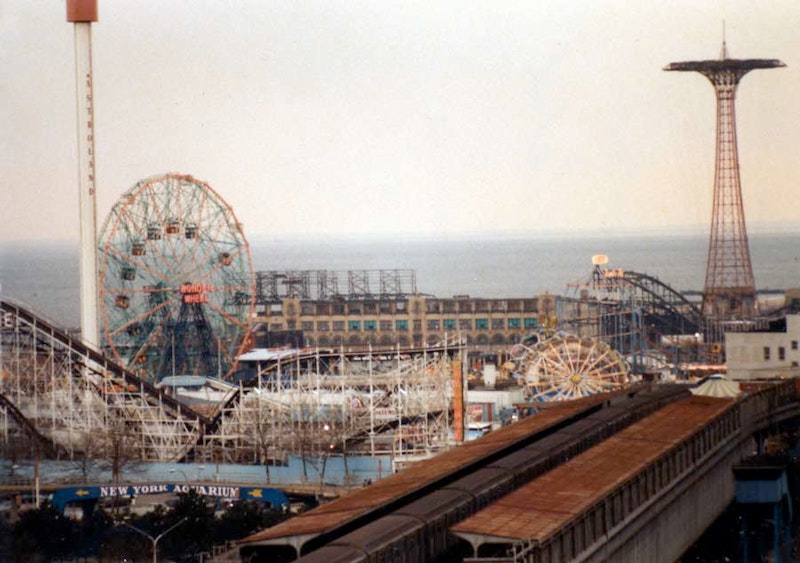 Anarchists should be sent to Coney Island Hospital—specifically at 1:30 p.m. on October 19.

That’s when New York City will hold public hearings about the government’s evil scheme to take long-held plots of Coney Island land from their owners through eminent domain. As the government puts it, the owners weren’t willing to budge at what the government considered a “fair market” price. What are violent thugs with legal authority supposed to do, just walk away because property owners say no?

With Coney Island’s long history of appealing to punks, freaks, sideshow performers, burlesque acts, rockabilly fans, and assorted carny folk, a sane culture would now see an immense, glorious, protesting freak parade rise up to defend Coney Island against its government conquerors. Oh, but wait—your modern anarchist is more interested in fighting against capitalism than in fighting against government.

Indeed, those of us who are anarcho-capitalists, believers in adhering to property-rights-based law (and no other) even in the absence of government, are endlessly told we aren’t “real” anarchists because we have the audacity to tolerate people using and trading their own property as they see fit without violent interference from either officialdom or unruly mobs—or from left-anarchist “general assemblies,” which I suppose combine the worst attributes of both.

So, while the government rolls over property owners, unfortunately, most anarchists are more interested in protesting against perfectly peaceful (and perhaps even anarchist-friendly) hipsters, launching a violent attack in London on pricey breakfast spot Cereal Killer Café and a non-violent protest in Bushwick against a hipster flea market of all things. The ostensible grounds for the second action was a violation by the hipsters of property rights. Fair enough. The hipsters put a piece of crochet art on an unused wall without permission.

If the anarcho-syndicalists had suddenly developed a principled respect for property rights across the board, I might even applaud them and say the time has come for unity between anarcho-syndicalists and anarcho-capitalists. (The time may indeed be right, what with younger staffers at places like The Nation sounding more syndicalist than pro-government lately and a growing number of libertarians chucking the last vestiges of their belief in government in favor of anarcho-capitalism.)

But no, of course the Bushwick syndicalists, like the London anarchists, are really angry because of “gentrification,” a market trend arising from countless free individual actions, not state violence. We can’t have people getting richer or neighborhoods getting more pleasant or people of socioeconomic group A associating willy-nilly with people of socioeconomic group B, apparently. Has there ever been a more pro-stagnation, retrograde, anti-change political movement than the anti-gentrifiers? Maybe the machine-smashing Luddites?

A more logical, consistently freedom-loving anarchist movement would respect your right to sell giant crochet art, build a Ferris wheel, or eat an expensive breakfast as you damn well pleased. Defend Coney Island and redeem yourselves for attacking London and Bushwick, bossy anarchists.