The AFDI Is a Hate Group 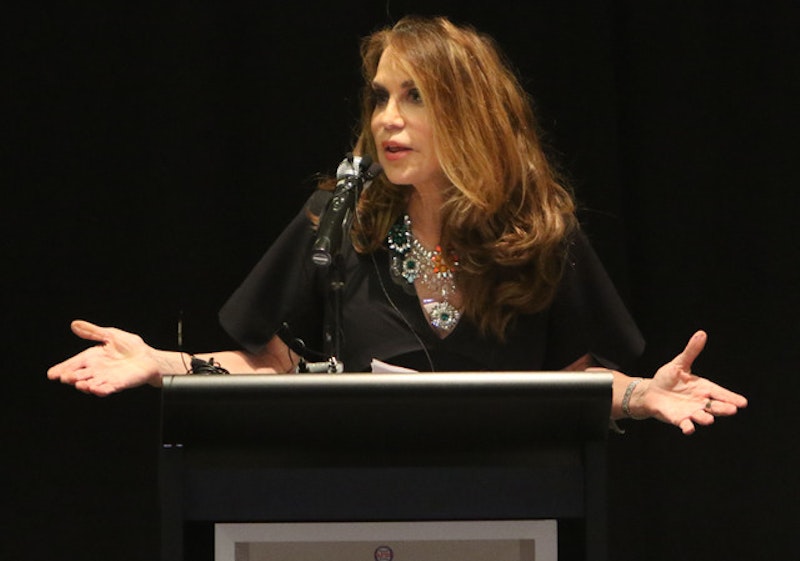 The recent terrorist attack in Garland, Texas never would’ve happened if Pamela Geller and the American Freedom Defense Initiative, an organization listed as an active anti-Muslim hate group by the Southern Poverty Law Center, hadn’t traveled there to host an anti-Muslim event called the "American Freedom Defense Initiative Muhammad Art Exhibit and Cartoon Contest" in which they showcased drawings and images of the Muslim Prophet Muhammad.

Geller, a self-professed expert on Islam, referred to the event as a "free speech conference" but more accurately, the competition to see who could draw the best Muhammad, was intended to promote anti-Muslim sentiment and incite a violent reaction. They wanted a violent reaction and they got it. And what did Geller do in the immediate wake of the attack? She appeared on Fox News, calling it a "war” and thrusting AFDI into the limelight. Geller said the AFDI event was in response to the Charlie Hebdo massacre earlier this year in France.

The claim is ludicrous. There is no parallel motive between the goal of AFDI’s exhibit and contest and the satirical magazine’s commentary on religion—which isn’t directed at any single religion. Though criticized by many, Charlie Hebdo's intent isn’t to cause hate and divisiveness, or to incite violence. The AFDI, on the other hand, is a highly dangerous organization made up of right-wing radicals whose sole objective is to wage war on Islam under the guise of freedom and security.

The AFDI’s actions in hosting the Muhammad drawing competition in Garland demonstrated depraved indifference, a wanton lack of regard for the lives and safety of others. Geller and the AFDI defend their reckless behavior citing First Amendment rights but the First Amendment is about protecting Americans from government infringement upon speech, press, religious worship and peaceful assembly. It does not give carte blanche to spew hate rhetoric and wage “war.”

But that’s exactly what Geller and the AFDI are doing—waging war by inciting violence and then sitting back, wrapping themselves in the American flag and Constitution, and proudly proclaiming that they are merely patriots protecting American values. They’re wrong.