This discourse is the good that has come out of a horrible secret. 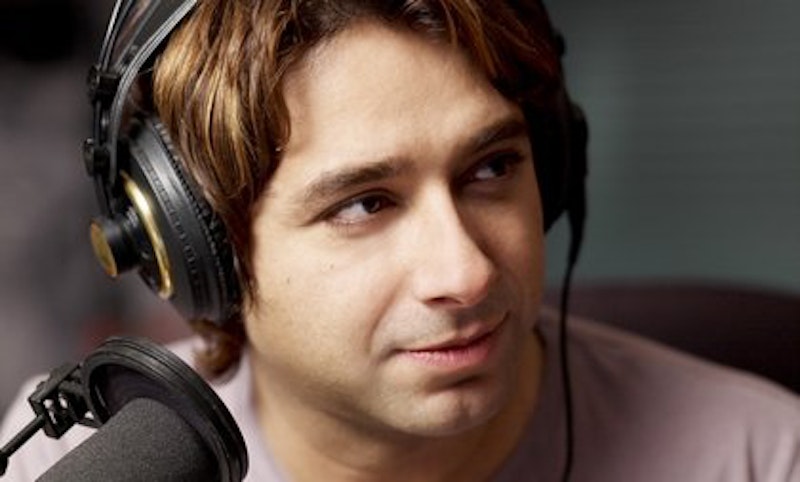 If most of us recounted the times that a man touched us without permission, or said something to us that was sexist, frightening or disgusting, we could fill up the Internet with so many words that systems would crash and those words would go plummeting into cyberspace to be lost forever.

That’s kind of what happens in real life. Our voices are lost, or shouted over or silenced. One man is changing all that, and not because he was a feminist or advocate for women’s issues, even though that was a part of his public persona.

Jian Ghomeshi became famous (at least in Canada) for his radio voice. He was fired from his popular syndicated show Q by the Canadian Broadcasting Corporation (CBC) because of allegations that he sexually harassed and assaulted women. “Assaulted” isn’t really a strong enough word to describe what he allegedly did. It doesn’t have the impact of a man punching women in the head and squeezing their throats closed with his hands. There is now a criminal investigation into his activities.

Ghomeshi used to read essays at the beginning of his show. Now he has spawned a tsunami of essays from women who were abused by him and men and women who knew about the abuse, but were afraid to speak up. Other writers who never met Ghomeshi are also weighing in. They are quoting each other and adding their own opinions or experiences to the now massive output. Noah Berlatsky’s Jian Ghomeshi and You is one example.

This discourse is the good that has come out of a horrible secret. For years, people were whispering, “Maybe we should say something about this douchebag, maybe we should warn others.”

I’d rather not have had to write about how Ghomeshi brought all of that pain back to me about my own rape after 35 plus years of trying to forget. I’d rather not have to hear these stories because I know that it’ll continue to happen many times over all around the world. When a woman complains about sexual harassment or assault, people turn away or turn against her. They often don’t believe her or think she is vindictive or bitter.

“I’ve been fired from the CBC because of the risk of my private sex life being made public as a result of a campaign of false allegations pursued by a jilted ex girlfriend and a freelance writer.”

The CBC is a crown corporation. Canadians fund it with our tax dollars, so in a way, Ghomeshi worked for us. He used his platform as a means to attract young women who thought of him as some kind of radio god. Even Judy Rebick, a Canadian activist and feminist, temporarily ignored the real issue to make comments on how talented Jian is. She posted a link to an article on her Facebook with this statement:  “An excellent and deserved tribute to Jian who whatever else he may have done was a great broadcaster.” She quickly apologized after dozens of people commented on how disappointed they were in her.

“We joked about our relations being like a mild form of Fifty Shades of Grey or a story from Lynn Coady's Giller-Prize winning book last year.”

This man knows how to work people. He disguised his behavior by claiming it was consensual BDSM and used Fifty Shades of Grey and acclaimed novelist Lynn Coady’s work as examples to cover all his bases in his explanatory Facebook post. Most people are no longer shocked by the fact that some people like to be dominant or submissive in the bedroom. What is shocking is that we still don’t believe women who are sexually assaulted. Whether a woman wants a night of lovemaking straight out of a romance novel, or wants to be tied up or spanked or pissed on, she still has the right to say “yes” or “no” before or during any of those activities.

Ghomeshi was just a radio guy, but he got away with this because people thought he was special. You can be good at your job and still suck at being a human being. I could fill up this entire article with the names of famous men who have sexually assaulted women, beat them or just treated them like shit. Famous or semi-famous men often attract women who want to be with them just because they’re famous. We fawn over celebrities and we allow them to feel they can have what they want because it’s given to them over and over. That is on us. I know if any of my idols knocked on my door right now, I wouldn’t say no. I sure wouldn’t kick Bruce Springsteen out of bed. I get it, but it has to be our choice.

Pamela Des Barres’ tagline on her website is “legendary groupie, writer, journalist.” Notice what comes first. I actually like some of her writing, but let’s be honest, this beautiful and talented woman became famous for fucking rock stars.

Ghomeshi used to be a musician in a band called Moxy Früvous. (You know he must be cool because he was in a band with umlauts in the name.) He had groupies and was probably convinced that any woman who gave him the time of day wanted to fuck him. Going out on a date with him would probably be an indication in his mind that this was a “yes.”  We are now learning that going back to his university days, people knew about Ghomeshi and women were warned to stay away from him. Right after this news broke, a friend of mine told me he knew because a female friend told him it happened to her, but he couldn’t break her confidence. Lots of people knew.

Ghomeshi’s interview show made him desirable to women because we like smart men who are curious. There are probably dozens of women who had consensual sex with this man and maybe he didn’t hurt them and maybe they liked it. That’s all fine, but when a group of women come forward to say that he’s turned down the volume on their “no,” we have to look at rape culture and also our wrongly placed adoration for celebrity. If this asshole wasn’t someone who had a certain amount of power, we wouldn’t be talking about him, but he wouldn’t have been protected by his magic cloak as golden boy of the CBC. We need to develop ways to use our collective voices to change society so we can all have a platform. Ghomeshi is a guy who knew how to ask questions, but it appears he didn’t ask the most important one.