One Lawmaker Is Sticking to His Term Limits Pledge

He’s a rarity on Capitol Hill. 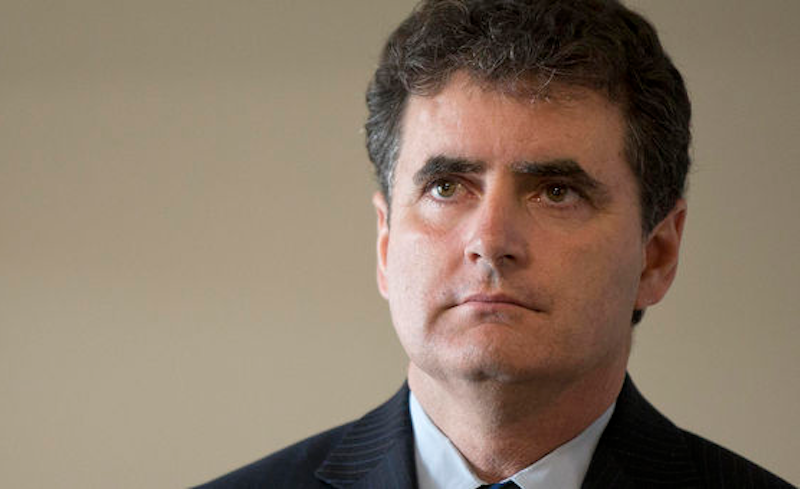 The term limits movement has an early 1990s-ish feeling, like a late-night cable episode of Murphy Brown or The Fresh Prince of Bel Air. House Republicans, mired in the minority for nearly four decades, clamored for a chance to cut short their own Capitol Hill service, lest they “go Washington.” But once Republicans seized control of Congress in the 1994 midterm elections, they quickly backtracked on the term limits idea and it quietly fell away.

But one Republican congressman, Mike Fitzpatrick of Pennsylvania, is sticking by his pledge not to serve beyond eight years. Fitzpatrick, long a proponent of term limits, announced in his victory speech last week that this would be his last term in Congress.

“I made that commitment six years ago,” Fitzpatrick said, according to the Bucks County Courier Times. “I believe in term limits. There are many in Bucks County who want to serve and they should have the opportunity to do that.”

Fitzpatrick, 51, was a Bucks County commissioner for a decade before being elected to Congress in 2004. He lost his first reelection bid, in the 2006 Democratic wave. But the attorney picked his spots well, and made a successful comeback four years later; defeating the Democratic congressman he had lost to, Patrick Murphy.

House Republican leaders can’t be happy about Fitzpatrick’s departure after this term. It opens up the swing suburban Philadelphia district, which Barack Obama carried 53-46 percent but lost by just one tenth of one percent in 2012, 49.4 to 49.3.

In the House, Fitzpatrick has a fairly moderate voting record. And agree with him on the issues or not, he’s one of the few to actually stick to his term limits pledge. Most lawmakers backtrack, suggesting they didn’t realize how important seniority was in Congress—or some similar excuse for holding onto power.

Others use the smarmy tactic of leaving the office they hold, while running for another elected job on the public payroll. Consider Kansas Gov. Sam Brownback, a Republican who won that job in 2010 after 14 years in the Senate. Brownback said he was returning home to the Sunflower State in accordance with his self-imposed term limits pledge for his time in Washington. That’s technically true, but Cincinnatus returning to the farm he was not. Instead Brownback just won a different high office—to which he was re-elected just last week.

The argument against term limits is that it throws inexperienced people into public office, depriving more power to the permanent political class of staff and lobbyists. Along those lines, a number of states, most prominently California, have relaxed their state term limits laws in recent years.