Check back in nine months to see if Larry Hogan’s successful. 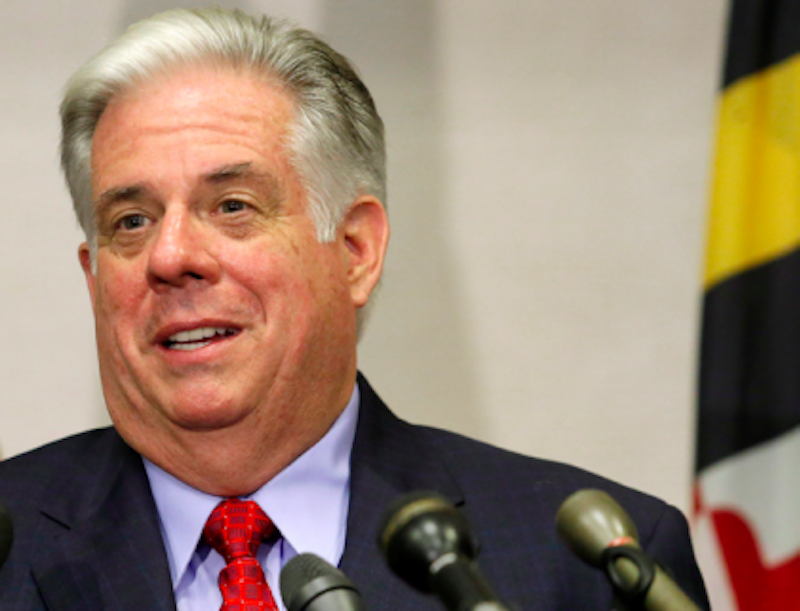 When Gov. Marvin Mandel (D) reorganized the Maryland executive department’s 248 disparate and outdated agencies into 12 streamlined cabinet departments, the purpose was to modernize and shrink government into a manageable organization with a handful of secretaries who would report directly to the governor.

Over time, through promises, deals and the ego trip of having a seat at the cabinet table, the boxes on the government organization flow chart began again to multiply. Mandel was given another crack at refashioning the government he created when Republican Gov. Robert L. Ehrlich Jr. asked him to take a second look with an eye to reducing the size and shape of the executive department. Instead, Mandel caved to special interests and Ehrlich contributed to government’s growth through paybacks to supporters.

Gov. Martin O’Malley did little to contain the growth of government. Instead, he added more departments and agencies of lower rank than cabinet status to the ever-expanding gathering. The pork fest of political appointees is recognition of different constituencies with access to the highest ranks of the bureaucracy and, all-important, the governor’s ear. The number has more than doubled.

Today, the executive branch organization chart shows an executive council, or cabinet, of 23 with an additional list of cabinet “attendees” numbering seven, for a total of 30 bureaucrats seated around the table to present their causes and cases and vying to get the governor’s attention. (The president’s cabinet numbers only 22, and only 16 of those actual are cabinet departments. The other six are designated attendees.)

Now they’re at it again, with transition in mind and reorganization the goal. The assignment is in the hands of James Brady, a businessman as well as a seasoned bureaucrat, who’s been through the exercise before, and Lt. Gov.-elect Boyd Rutherford, another experienced in-fighter. Add to the mix Robert Neall, a government factotum and on-call troubleshooter with an abacus for a brain.

Any effort to overhaul government or eliminate duplicate services will bring with it fierce lobbying by those who are intent on protecting their fiefdoms, from the bureaucrats who sit behind the desks, the constituencies whose identity the departments and agencies reflect, the lobbyists and vendors whose livelihoods often rely on cabinet decisions and the different unions that represent government workers’ interests (and paychecks.)

Begin with the governor’s press office, up to 13 at last count under O’Malley from its humble origins of two and a couple of secretaries. It could be argued, in defense of its size, that the press office’s growth parallels the explosion of the media and the 24-hour news cycle. Baloney. The message is still the same, if it’s crafted correctly, even though the instruments of delivery have multiplied. Or have they? The press secretary’s job used to be a face-to-face business. Today it’s all done with machines. The size could be reduced, by half maybe, so the messengers aren’t tripping over each other and the message is singular and clear.

There’s no reason whatsoever for a Maryland Department of Veterans Affairs except that they lobbied for it for 40 years and Gov. Ehrlich acceded to their petitions. Every governor before Ehrlich refused a separate veterans franchise. The Department of Veterans Affairs has one function in Maryland—it oversees a veteran’s nursing home, Charlotte Hall, in St. Mary’s County. All other veterans’ affairs are in the care of the federal government. The department also oversees five veterans’ cemeteries—duplicating a function of another department’s cemetery regulatory commission—and a few memorials. Get rid of it by folding it into another department. (Note: I’m a veteran.)

The Department of Disabilities was a political payback by Ehrlich. In exchange for the campaign endorsement of the disabled community in 2002, Ehrlich agreed to give those with disabilities their own cabinet department. It, like others, is an anomaly, out there on its own when it should be tucked into another department.

The same goes for the office of Juvenile Services, which rightfully belongs in the Department of Public Safety, or packaged with the Office of Children and Youth. And the Department of the Aging, another political pay-off, appears to duplicate the services and intentions of the Department of Human Resources.

The Department of Planning, years ago a clearinghouse for federal programs, has long outlived its usefulness despite its lofty but deceptive name. It plans little or nothing, but instead serves as a warehouse for statistics, maps and the Maryland Historical Trust. Alongside it is the Higher Education Commission, which has been ineffective for many years, and ought to be given a second chance, say, as a division headed by a czar under the superintendent of education.

The Department of Business and Economic Development, fortuitously the cabinet department that Brady formerly headed, has over the years become a political dumping ground, kind of a boneyard for square pegs seeking appropriate holes to fill.

And the secretary of state’s office has little to do but to keep lists of charities, issue notary seals and contort and compress language for ballot questions every four years. The secretary of state needs some busy work to keep him or her from engaging in political mischief, as they often do.

But the Big Daddy of all mismatches, the unnatural separation of body and mind, as it were, are the separate departments of Natural Resources, Agriculture and the Environment. They belong together under a single secretary with a single purpose, subdivided by under secretariats. Separate they seem to say that agriculture and the environment are not natural resources as if air, water and land are separate but unequal elements of life.

Originally there wasn’t supposed to be a separate Department of Agriculture. It was bypassed in the first reorganization by design. But under pressure from rural senators, Mandel agreed to a study, with instructions to the staff director to deep-six the idea. But the staff director of the study had other ideas. He thought if he approved the department he’d be its first secretary of agriculture. He was wrong.

Eliminating or merging agencies and departments is more than rearranging boxes on state government’s organization charts. It improves efficiency in the bureaucracy and eliminates redundancy. Reorganization also tightens control of government by both the governor and the General Assembly with less cumbersome reporting, fewer overall budgets to manage and the elimination of duplicate services.

There are savings but not in the millions as it might appear. And that’s because it’s foolhardy to believe that politicians will sanitize politics of politics. An expansive bureaucracy offers a governor a chance to reward his friends and institutionalize his brand and breed of politics.

A bureaucracy with an inflated superstructure carries with it hundreds of six-figure jobs and appointments. Thus, built into the idea of reorganization is the very argument against it. And that is the preservation of the administration and the expansion of its authority.

Faced with the competing challenges of a projected revenue shortfall of $600 million and a campaign pledge to cut taxes and spending, this is an opportunity to discover just how serious Gov.-elect Larry Hogan really is about shrinking government and reducing its costs. After all, he was Ehrlich’s patronage secretary who was responsible for making many of the appointments to positions that he now must consider abolishing.