But some could just secede. 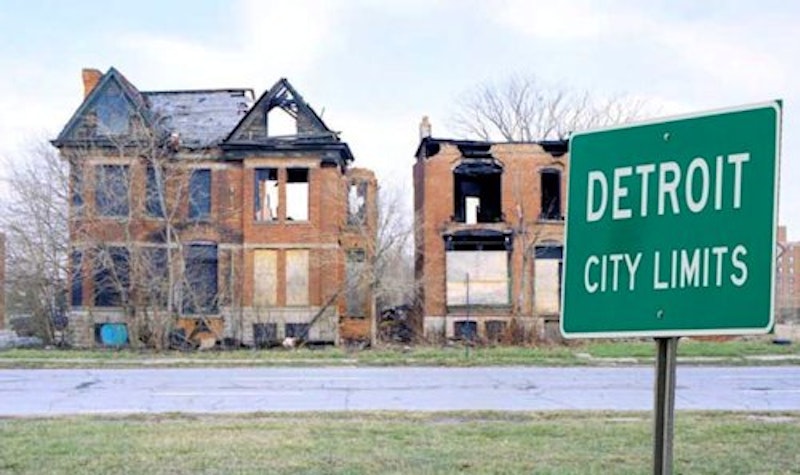 I predict doom for the 10 following locations unless my advice for each is heeded:

1. IMAGINARY AMERICA: Yesterday, The Washington Post noted that the presidential campaign of Ben Carson—the man in second place in polls of Republican voters’ presidential candidate preferences—released a map of the U.S. that put several states in the wrong spot, and not even a normal-wrong way but rather a way-wrong, strange way (the key, I notice, is just Vermont somehow migrating down to merge with Connecticut—and see item 3 below for more on Vermont). Since the point of the map was supposed to be to discourage Syrian immigration, perhaps the goal was to confuse migrants.

RECOMMENDATION: We cannot make this man president. Obama may once have slipped up and said there are 57 states, but at least he knew where all 57 are located.

2. EUROPE: No one’s shocked that some places in Europe blindly hate waves of immigration while others love them so much they’d probably be proud to commit national suicide in order to welcome them.

RECOMMENDATION: What’s shocking is that we keep thinking all of Europe should be on the same page about all this—and about everything else. End the EU and let its member states go their separate ways. The world will benefit from watching the differential results of their varied economic and immigration experiments.

3. VERMONT: Vermont has reportedly seen the beginning of all-white retreats intended to foster (guilt-wracked) internal discussion of the problem of “white privilege.” I’m sure they mean well, but don’t act surprised when a few decades of this sort of thing lead, as a friend of mine once joked, to upbeat participants telling their black acquaintances, “Sorry, you can’t go—it’s a white privilege!”

RECOMMENDATION: If it reaches that point, Vermont’s decades-long attempt to rebrand as the most liberal part of the Northeast will be at an end, and then I suppose the Republicans can take over again, as it was in Coolidge’s day.

4. CHICAGO: All right, Chicago will probably keep limping along even with violence so bad that the authorities there routinely redefine crimes (including murder) in such a way as to make them drop out of the otherwise dire statistics. (It’s so bad there that life has imitated art, and a real-life woman is vowing to stop having sex until the crime rate drops, just as in Spike Lee’s new film.)

RECOMMENDATION: What really makes one worry for the broader civilization, though, is the fact that Chicago’s the kind of place where Obama’s pal Bill Ayers, the former domestic terrorist, remains both unrepentant (as he’s made clear again and again in interviews) and a highly respected citizen. According to an infiltrator, Ayers’ Vietnam War-era comrades contemplated the eventual necessity of killing 25 million people or so in order to make America sustainably leftist. Can’t the Chicago political elite for starters just scrape up a nicer education-reform expert?

5. AMHERST: Of course, academia everywhere is prone to the radicalization that abstract political idealism begets. Check out the list of demands from the self-described Amherst Uprising (h/t Bretigne Shaffer).

RECOMMENDATION: Then make plans to homeschool.

6. NORTH KOREA: It’s increasingly popular in the U.S. to demand that white school administrators apologize to black protestors (and others) for all the crimes of the whites’ ancestors (imposing upon individuals a collective, racial guilt of the sort that for a short, beautiful time our society seemed to consider racist and counter-productive). I’m reminded of the sick weekly North Korean “struggle sessions” so ably described by Michael Malice in his perversely amusing history-as-the-propagandists-tell-it book Dear Reader: The Unauthorized Autobiography of Kim Jong Il.

RECOMMENDATION: In fact, since I don’t know how to help North Korea (aside from time-traveling back to the days before Bill Clinton let them get nukes), instead I recommend that professors redeem authoritarian schools like Amherst by assigning this horrifying yet funny book as a warning to students of where the impulse to politicize everything leads.

7. CATALONIA: Catalonia’s regional government is still divided over whether to secede from Spain, days after a resolution calling for independence that has since been held up by the Spanish central government, pending constitutional review.

8. THE SEA: Perhaps no writer in America is as lacking in nuance or mercy as Salon contributor Amanda Marcotte. One could create a long litany of her absurd and tin-eared misrepresentations of anyone and everyone whose political opinions deviate from her own—evolutionary psychologists who purportedly think women have no sex drives, businesses that purportedly prefer bigotry even to profit, an imaginary Rand Paul who against all odds is somehow to blame for cop violence in Ferguson. But the one that most amazed me was her claim that “seasteading,” the effort by some (often libertarian) people to live on platforms in the middle of the ocean, is motivated by a desire to elude land-based law in order to commit rape.

RECOMMENDATION: All I can do in this case is urge you to let that sink in, so to speak, as a reminder of how pitiless and totalitarian the Salon-type leftists really are: Even if you literally flee hundreds of miles out into the ocean in an effort to leave them alone and be left alone yourself, you will be condemned by them as a marauding criminal. There is truly no escape from their wrath, their lies, and their insatiable desire to control.

9. DETROIT: Detroit has become such a parody of a post-apocalyptic urban hellscape that you can basically buy a mansion for 10 bucks or so there, if you feel like helping to gentrify what‘s left of the place and you think your chances of dodging the bullets are pretty good.

RECOMMENDATION: Listen to people like municipal bonds analyst Matt Fabian and law professor David Skeel, who explained at a prophetic Atlas Network event I attended a year ago that formal bankruptcy might prove to be the best thing to happen to that unsustainable town in a generation. Sometimes you have to hit rock bottom before rising back up, as perhaps Detroit now will.

10. THE BALKANS: I think anyone who’s ever argued with a woman of Serbian descent fears periodic outbreaks of Balkan combativeness even without engaging in political analysis. Maybe all those centuries of mountain warfare have been bred into the populace by now.

RECOMMENDATION: Luckily, poised between Serbia and Croatia, while it survives, is the brave libertarian micro-nation of Liberland, minuscule but founded on explicitly libertarian principles, with the minor arguable exception of restricting immigration only to those willing to swear adherence to libertarian principles. Croatia has been blocking access to the place for months anyway, though, and has repeatedly detained its jovial founding president, Vit Jedlicka. Root for them.

May Liberland’s ideas prevail—everywhere they are needed—even if its near-zero population is not quite ready for a fully armed struggle just yet.