They wrote about it anyway though. 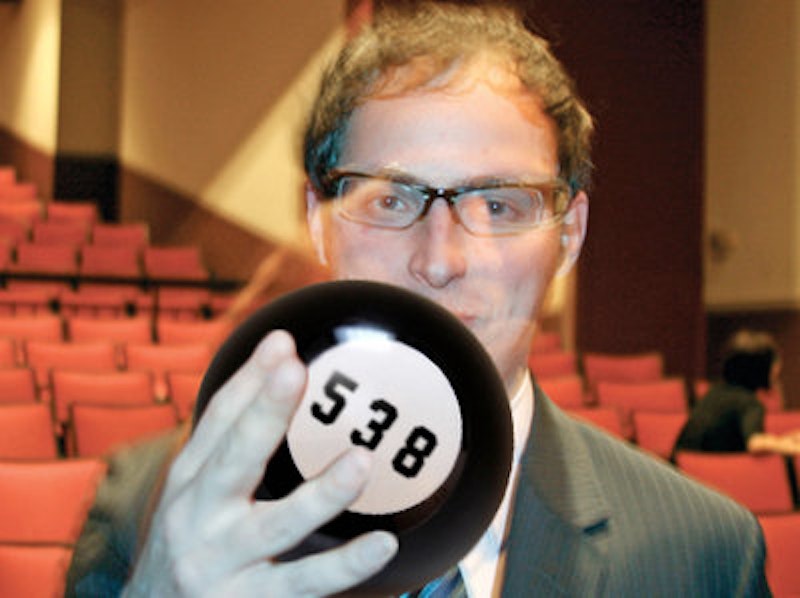 Michael Dukakis wasn't beaten by the Willie Horton ads.  Barack Obama didn't win in 2008 because of his stellar ground game. Mitt Romney's 47% comment didn't affect his election chances at all. Data analysis and academic expertise have transformed understanding of elections, and the people who use that expertise and analysis have increasingly had a platform to share their insights with a broader public. Political scientists at sites like The Monkey Cage and Mischiefs of Faction have used data and research to challenge conventional gut feeling, analysis of Presidential elections. Among the most celebrated data-focused sites is Nate Silver's 538, a brand synonymous with brainy quantitative analysis.

On occasion, though, 538 can get bogged down in that same old gut feeling hooey.

Harry Enten's post on Bobby Jindal's exit from the Presidential race is an unfortunate example. 538 put together a "graphic conception" of the Republican field, showing five general Republican interest groups: Moderate, Establishment, Christian Conservative, Libertarian, and Tea Party. Enten notes that Rick Perry, Scott Walker, and Jindal were all floating around at the intersection of several different groups. Perry was trying to draw support from Christian conservatives, establishment sorts, and tea partiers; Jindal was looking to Christian conservatives and the establishment, Walker was appealing to tea partiers and the establishment. Enten concludes that it's a rough year for folks straddling various lines.

"In the past, winning candidates appealed to multiple wings of the party," Enten declares. But this year, he says, it appears to be different. He concludes that Marco Rubio, straddling the line between the establishment, the tea party, and Christian conservatives, may be in trouble. There's a problem with this analysis: Enten has pulled it completely out of his ass.

Enten's article fails because he's not actually considering all the candidates who ran and dropped out. Jonathan Bernstein points out that Bob Ehrlich, Mitt Romney, Rob Portman, Mike Pence, and John Bolton all did candidate-like things before deciding not to run. Romney, Portman and Pence would be over on the moderate/establishment side of the graph; Bolton would presumably court the Tea Party factions. None of them look much like Perry, Jindal, or Walker. In fact, if you're assuming that the weakest candidates drop out first (and Enten's whole point is that the candidates who dropped out first had special trouble) the fact that Perry, Jindal and Walker made it farther than these other guys suggests that their positioning was stronger, not weaker.

But Enten's assumption that the weakest candidates drop out first is also flawed. Walker and Jindal have states to run; candidates like Ben Carson, Donald Trump and Carly Fiorina and even Rick Santorum and Mike Huckabee have no more pressing business. They might as well stay in, even if their chances of winning are not so great. Some think Carson and Trump have a real chance. But whether you think they're serious or not, the fact remains: there are lots of reasons a weak candidate might stay in longer than a strong one. The fact that Jindal, Walker, and Perry dropped out doesn't mean they were doing worse than Huckabee, Santorum or George Pataki. It just means they decided to stop putting off the inevitable first.

Even if you ignore all the other people who dropped out, though, and pretend that the weakest candidates jettison first, Enten's analysis still isn't convincing. His argument is that Rubio is like Jindal/Walker/Perry, and that therefore Rubio is in trouble like Jindal/Walker/Perry. But surely the message could be the exact opposite. If Rubio and Jindal/Walker/Perry were in competition for a certain kind of voter, then the exit of Jindal/Walker Perry should be good for Rubio. He can pick up a small number of voters, perhaps. More importantly, it suggests that those in most direct competition with him are looking at his strength and abandoning ship. Rubio, more than anyone, you could argue, is forcing people from the field. That's good news for him, not bad.

Enten's graphic is based on insufficient data and lousy assumptions. On top of that, the conclusions he draws from it are half-baked and poorly-reasoned. The post is a shoddy effort to dress up gut feelings in a graph and call it data. It's misleading, and makes the conversation about the nomination dumber. It's everything 538 claims to stand against. What happened?

Well, everyone flubs now and then. Enten is usually great. Maybe he just got tripped up by the need to get out an analytic post quickly on a news event about which there's nothing particularly clever and data-driven to say. There are two lessons here. The first is that when data analysts are strapped to the same news cycle as journalists, they end up making the same mistakes. If you're on a daily deadline, there's a huge impulse to over-read news events and find exciting narratives where there are none. Relying on quantitative data in some silly graph won't save you from that.

The second lesson is that sometimes it's better to go to journalists than to analysts. Jindal never got much support, even though he's a governor who seems on paper to appeal to various important sections of the Republican party. Why didn't anyone want him? But to get those answers requires sources, telephone calls, and reporting.  It's great to have 538 and sites like it, and they provide a great addition to the older journalism. But they can't replace it.