Fight fire with fire against Daesh. 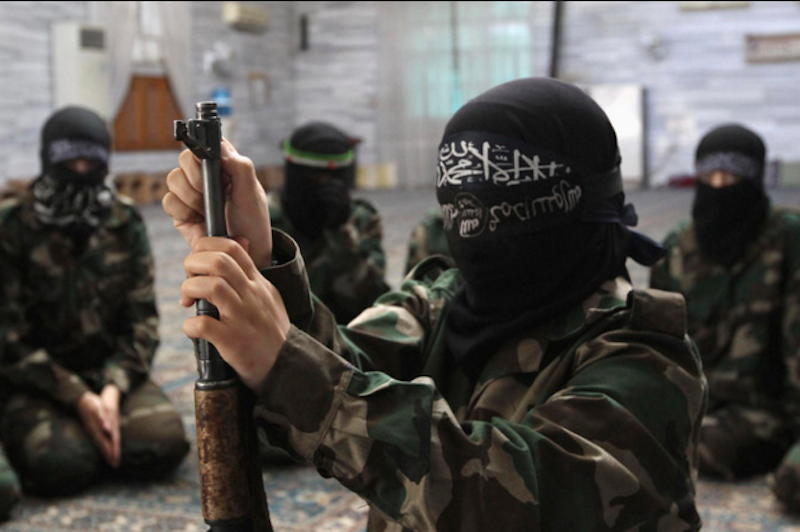 Can we at least agree on a name? They are Daesh, not ISIS, or ISIL. Not any of this Osama/Usama business again. For years, Fox News insisted on using “Usama” for bin Laden, just as President Obama up until recently referred to the so-called Islamic State as “ISIL.” The West reacted with disgusting ambivalence in the wake of the Charlie Hebdo murders in January, committed in the same city by the same organization as the attacks on Nov. 13. Too many of my friends shrugged their shoulders and heaped scorn on Charlie Hebdo and in one case said, “They were asking for it,” not two seconds after re-tweeting another story on rape culture. But because the victims of Friday’s attacks were random rather than targeted political assassinations, and the death toll was significantly higher, and most of them died in a famous concert venue, and it happened in a major Western city that millions of people have been to, lived in, or at the very least have the iconography of it burned into their brains - well, that's how you get Facebook profile picture flag overlays.

The shock and outpouring of grief over Paris compared to the silence about the attacks in Beirut the day before and the Russian plane bombing led to much moral grandstanding and point-scoring for people who claimed the media didn’t bother with anything prior to Friday—despite the fact that every major news organization reported on the aforementioned attacks. Facebook’s mysterious algorithms may be partially responsible, but it betrays a sad fact about most people 40-and-under: they don’t read the BBC, or The New York Times, or The Wall Street Journal every day.

“Daesh is an acronym. It stands for the Arabic name of the Islamic State: al-Dawla al-Islamiya fi al-Iraq wa al-Sham… Depending on how it is conjugated in Arabic, it can mean anything from ‘to trample down and crush’ to ‘a bigot who imposes his view on others.’” They’re just as bad as the Nazis, and they’re fueled by the same drug: amphetamines. This time, instead of meth, it’s something called Captagon, only available in the Middle East, and pretty much what you expect: no appetite, no sleep, euphoria, delusions of grandeur, endless energy, grilling hearts and heads and eating them for show. It makes decapitations and shooting sprees so much easier to deal with. We know that Daesh considers al Qaeda relatively moderate in their adherence to medieval Islam, but I guess that doesn’t get in the way of using speed to actualize the caliphate.

Daesh wants nothing less than the apocalypse, and luckily they’ve made enemies with the entire world rather than just the USA, once the only Great Satan. I feel as though an attack on American soil is not only inevitable but also imminent, maybe before the end of the year. This story about a plane being grounded because of seven suspicious passengers this week at BWI freaks me out. Germany is on pins and needles after a bomb scare Tuesday, warning people “not to walk in groups.” And of course Maryland Governor Larry Hogan’s empty promise to deny any Syrian refugees is a disgusting gesture of xenophobia and stupidity—that is exactly what Daesh wants.

But right now, I’m inclined to agree with Ralph Peters: “It’s Time to Level Raqqa: Kill Ten Thousand, Save One Million.” After 9/11, we had enough good will to simply pick a country in the Middle East and nuke it—one of the -stans would’ve been fine. We should’ve turned the entire region into a plate of glass 14 years ago. I have nothing nice to say, and no words to mince about Islamic extremism. Of course it’s more dangerous than Christian terrorism. Another ridiculous article passed around on Facebook now points out that the greatest threat to Americans is white terrorism, citing a plot to bomb a black church that was just foiled. Well, it’s only human to note that I’ll never be a target of the Ku Klux Klan, and also that I’ve already been a victim of Islamic terrorism, and would rather like to see every single Daesh militant and sympathizer reduced to a pile of dust as their land is burned to a blanket of ash before my eyes. I would love nothing more than to see them suffer—and that’s human. My blood burns at the thought of another free jihadist reloading on the Mall in DC or Times Square in New York.