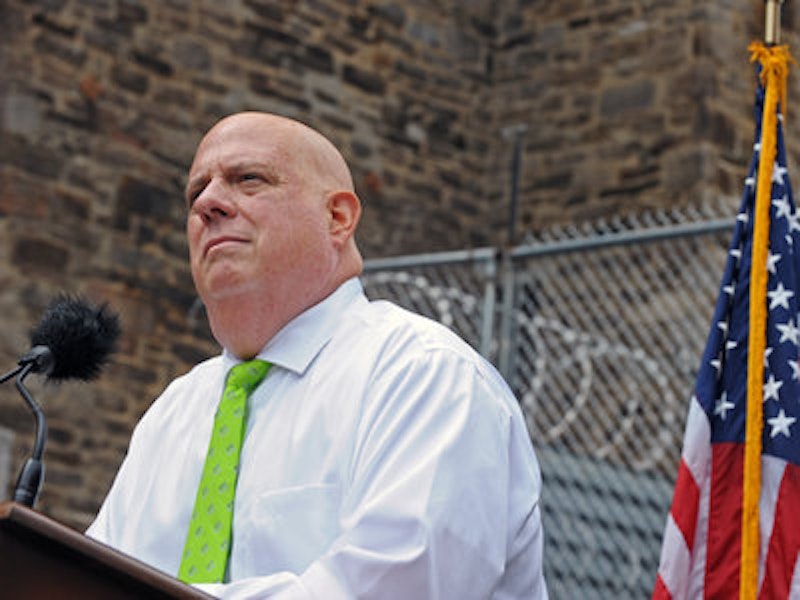 In the early spring of 1975, Gov. Marvin Mandel received a mid-morning phone call from the State Department asking if Maryland would be willing to accept South Vietnamese refugees who were being airlifted out of their fallen war-torn country and resettled in America to begin a new life. Mandel protested, arguing, among other points, that Maryland was a strong labor state and unions would resent interlopers settling in and claiming jobs that rightfully belonged to their members and other citizens.

The State Department official commiserated, saying he understood Mandel’s problem and was sympathetic to the competition for jobs. “I understand, governor,” the official said. “And because you have a problem, we’ll give you only fifty thousand. We appreciate your help.” The discussion was over. The federal government had exercised its authority over the issue of immigrants and humanitarian gestures.

Those 50,000 Vietnamese, displaced by the fall of Saigon, arrived by the planeload over the next days and weeks and were mostly set down and re-settled in Silver Spring, the Maryland suburb joined at the hip with the nation’s capital. There were no noisy objections or protests as the new neighbors blended into the life of the community and the enterprising spirit of America. The new encampment prompted the enduring formulation by Edmund Rovner, Mandel’s first chief of staff, that, “Every time a foreign government collapses, 10 new restaurants open in Bethesda.”

Very few Marylanders, then or now, are even aware that the Vietnamese resettlement occurred. They were among the 125,000 Vietnamese evacuated by air and ship—called “boat people” at the time—and resettled in America, mostly in California and Texas. The human cargo also included an additional 2000 infants that were airlifted out of Vietnam and adopted by people all over the world. There are an estimated 1.7 million Vietnamese in America today.

The new arrivals were, by accounts then and now, middle-class, well-educated and mostly families and Catholics who wanted little more than a second chance at a better life than they had lived in a divided country that had been ripped apart by American munitions and defoliated by U.S. napalm, and before that the French who were seeking to protect their economic interests from a communist takeover.

And the view of Vietnam then, as it is of ISIS now—in fact, of all Muslims—was and is that it is impossible to distinguish between friend and enemy. Back then, they were all “little men in black pajamas”—no visual difference between Viet Cong, North Vietnamese and South Vietnamese. Today’s view is very much the same—it’s tough to tell the difference between a Sunni, a Shiite, an ISIS fanatic, a Christian, a government loyalist and a simple villager turned militant suicide bomber. If you’ve seen one Muslim, you’ve seen them all, to parody stereotypical American view.

So Gov. Larry Hogan’s modified rejection of Syrian immigrants, no less hedged than Mandel’s, was framed more as a qualified request than outright demand in a state that is more than two-one Democratic and lately has been welcoming to foreigners. Hogan even eased up on his tone while 26 other governors, mainly Republicans like Hogan, were mostly hostile to the idea of accepting Syrian refugees. Implicit in Hogan’s statement, of course, is the unexpressed fear that under every Muslim skull-cap lurks a possible ISIS terrorist.

“As governor of Maryland, the safety and security of Marylanders remains my first priority,” Hogan’s statement read. “Following the terrorist attacks on Paris just four days ago, and after careful consideration, I am now requesting that federal authorities cease any additional settlements of refugees from Syria in Maryland until the U.S. government can provide appropriate assurances that refugees from Syria pose no threat to public safety.”

Hogan’s predecessor as governor, Democrat Martin O’Malley, embraced the opposite approach. O’Malley passed a law granting children of illegal immigrants in-state tuition at public colleges. He made room for the acceptance and housing of dispossessed and homeless Hispanic children who had crossed the Mexican border until their cases could be adjudicated by immigration officials. And as a presidential candidate, O’Malley has endorsed accepting as many as 65,000 Syrian refugees as a humanitarian act that exemplifies the American spirit. And Mayor Stephanie Rawlings-Blake, of Baltimore, has welcomed immigrants as a way of re-populating the shrinking city.

But Hogan’s couched reproach is in sharp contrast to others seeking political advantage—Jeb Bush, who wants to administer religious litmus tests to distinguish between Muslims and Christians, the mayor of Roanoke, Virginia, who has proposed establishing internment camps (and later apologized), Ben Carson who likened Muslims to rabid dogs and Donald Trump, who blusters about bombing ISIS out of its undershorts. Isn’t that, for crying out loud, what Americans, friendly Arab nations, the French and now even the Russians are trying to do?

President Barack Obama, for his part, said of Republicans: “They’ve been playing on fear in order to score political points or to advance their campaigns. And it’s irresponsible. And it’s contrary to who we are. And it needs to stop, because the world is watching.” But a defiant House nonetheless voted 289-137—with 47 Democrats breaking ranks with the White House—to tighten controls on immigration. Despite Obama’s threat to veto any such bill, the House has enough votes for an override. The Senate is yet to consider such a measure. According to reports, 39 Syrian refugees have been resettled in Maryland out of a total of 1900 that have been accepted in the U.S. That is a small percentage of the 200,000 that have been approved for relocation to America and a fraction of those that are overwhelming European nations. The Obama Administrations says that 785,000 immigrants have entered the U.S. since 2009 and only 12 have been flagged as potential threats. Recent polls show that a majority of Americans oppose relocating Syrian refugees to this country.

Europe’s indigenous problems, though, are in part the downside of colonization. Many of their resident Muslims are citizens by default from countries that were occupied and colonized by European nations centuries ago. All those involved in the Paris attacks were European nationals. The wandering of rootless people is as old as the Bible. But the harshest xenophobia no doubt occurred as the result of war. During World War II, President Franklin Delano Roosevelt, in one of America’s most shameful acts, quarantined Japanese-Americans in camps behind barbed wire fences. Congress later formally apologized and paid reparation money to them and their families for the shocking misdeed.

In 1947, the former SS President Warfield, a Baltimore Steam Packet boat renamed the Exodus, set sail from Marseilles with a cargo of 4515 Jewish immigrants, including 655 children—most of them Holocaust survivors—and wandered the seas like a rudderless “Flying Dutchman” with no place to dock and was even rammed by a British warship before its passengers were finally allowed to disembark in Palestine. But the month-long crossing and re-crossing of the Atlantic by the SS St. Louis is even more parabolic of the plight of today’s Syrian refugees. The St. Louis, a luxury liner, left Hamburg, Germany, with a billet of 900 Jews fleeing the Nazis. It was bound for Cuba, but was denied dockage upon reaching Havana. The St. Louis then sailed for Florida, where U.S. authorities refused entry. When it returned to Europe, 250 of its passengers were killed by the Nazis. The St. Louis was finally allowed to dock in Antwerp, where the remaining refugees were accepted for resettlement in Belgium, France, Holland and the UK.

The Syrians, and those fleeing other oppressed and war-ravaged nations, are today’s boat people, the passengers on the Exodus and the refugees on the SS St. Louis. Those that survived were eventually allowed to land and begin again.

—Frank A. DeFilippo was press secretary to Gov. Marvin Mandel from 1969-78. The above event is recalled in his forthcoming book, SHIKSA: The Rise and Fall of Marvin Mandel.