Instead of mocking Pharma Bro Martin Shkreli, she gets Jack Dorsey to take care of him. 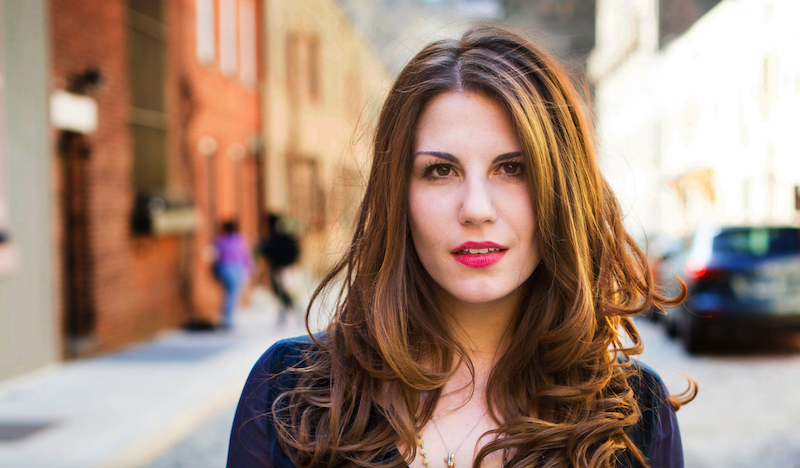 Martin Shkreli, the guy who was once called “the most hated man in America” and “a morally bankrupt sociopath” after obtaining the manufacturing license for the anti-parasitic drug Daraprim and raising its price from $13 to $750, got booted off Twitter on Sunday for the “targeted harassment” of Teen Vogue writer Lauren Duca, who scored points with progressives when she complained straight to Twitter CEO Jack Dorsey about his antics. Shkreli had facetiously tweeted her he wanted to take her to the presidential inauguration, and had posted a collage of photos of her on his Twitter profile. One of them was photo of Duca with her husband that had Shkreli’s face where Duca’s husband’s was supposed to be.

It was a juvenile prank, but in the Internet troll community—of which Shkreli is a member—that sort of thing is considered harmless good fun. The purpose is to get a rise out of the target, and Duca predictably took the bait, going straight to the principal's office. Dorsey—also predictably—came through for her, booting Pharma Bro off his social media platform, probably without offering him the simple, reasonable option of deleting the offensive material from his profile and maintaining his account.

Duca had options in dealing with this “high school” issue. She could’ve simply ignored his puerile attempts to provoke her, blocked him, or turned the tables and mocked him mercilessly. Instead, she chose to have a straight white male protect her from her tormentor, tweeting to Dorsey, “Why is harassment an automatic career hazard for a woman receiving any amount of professional attention? Question for @jack & also society!”

This got her sympathy, but she didn't mention that she'd taken the first personal shot at Shkreli in August, tweeting a photo of him drinking a beer, along with, “Martin Shkreli is literally at Guy Fieri’s Flavor Town right now. I don't even know.” The writer followed that with, “I left right away. I feel sick,” and later, “I felt so gross. I still feel so gross.”

A feminist warrior in New York City is so sensitive she has to leave a restaurant because she can't share the same air with someone she hates, and over three hours later still feels “gross”? Maybe writing for Teen Vogue about no-bake unicorn cheesecake and Kim Kardashian's lip ring at the Christmas party leads to one taking on the persona of the targeted readership and induces Valley Girl talk.

Regardless of your opinion of Shkreli, is it shocking that he might want to take a swipe back at her after she'd obtained a degree of fame from with her contentious appearance on Tucker Carlson’s Fox show? Isn't it targeted harassment to use Twitter to single out someone who’s minding his own business in a restaurant and making him even more of an object of scorn? Duca didn't mention that part to Dorsey because she's skilled at playing the victim card, as so many modern feminists are. Self-proclaimed victimization by the patriarchy comes in handy in immunizing Duca from tweets like, “Friendly reminder that there's an uneven playing field, and straight, white men are generally trash,” and then explaining that with, “Look, I can make fun of white men because I have slept with several of them! Also, the white supremacist patriarchy.” Imagine her outrage at a man referring to white women as trash, regardless of the circumstances.

On the same day that Ivanka Trump, who in many ways is a feminist exemplar, got harassed on an airplane while accompanied by her children by an angry guy, Duca tweeted, “Ivanka Trump is poised to become the most powerful woman in the world. Don't let her off the hook because she looks like she smells good.” Tucker Carlson called her out on this, and she disingenuously replied that she hadn't even mentioned the plane situation, though the reference was undeniable. During their spirited exchanges, Duca complained to Carlson that he was talking over her, which he wasn't, and also called him a partisan hack simply because he challenged her fairly. At the end of the segment, an annoyed Carlson shot back with, “You should stick to the thigh high boots,” a reference to one of her Teen Vogue articles, and she called him “a sexist pig.”

Carlson makes cutting remarks like that all the time, regardless of gender. That's his signature move. Calling him a sexist makes Duca seem the victim though, which plenty of media accounts of their battle confirmed. Feminist Duca wants to be the hard-edged woman (sample tweet: “I’M GOING TO KILL THE NEXT RANDOM MAN THAT TALKS TO ME”), but as soon as anyone pushes back she plays her victimized little girl role. She's had to turn to the patriarchy now—Jack Dorsey, another straight white male—to defend her against a little online trolling, so it appears she still needs men to fight her battles for her.