The Wall Street Journal columnist ought to lighten up. 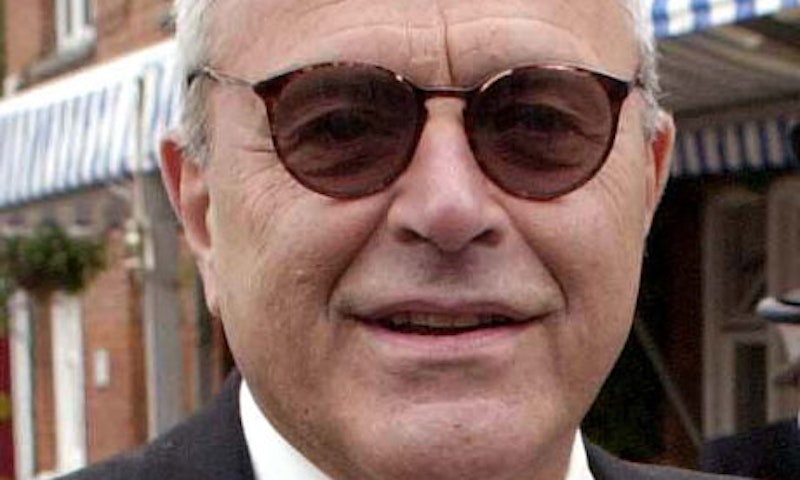 Sometimes I read Peggy Noonan’s Wall Street Journal column and wonder if the graceful lady is stuck back in 1988. Her coverage of the 2016 campaign was scattershot—she’s not alone there—and imbued with a belief that politics hasn’t really changed all that much from the days she was a gifted presidential speechwriter. Her latest essay, an unabashed patriotic primer for both the media and Donald Trump on the Jan. 20 inauguration, is so tired and lacking in imagination—suggestions that no one will follow—that it’s hard to believe she reads the news anymore. Not that I’d blame her, but her WSJ pulpit is valuable and well-meaning, and the naïve proclamations she lets spill are too earnest for today’s political environment.

She writes about Trump’s swearing-in: “At that moment roughly half the country will feel deep pleasure and gratitude. Among the other half will likely commence a new—and perhaps last, for a while—wave of grief and horror.” Do tell! Most people, of course, won’t be watching the inauguration on a workday, and so the “gratitude” and “horror,” which began upon Trump’s election anyway, won’t be instantaneous. She tells reporters that most of Trump’s supporters aren’t “fancy, they’re people with normal lives and resources.” Thanks for the insight, Peg.

The most preposterous tip to Trump is to “Make Inaugurals Dignified Again.” She surely knows, as a New Yorker who’s been subjected to Trump’s boasts and crass behavior since the 1980s, that the president-elect is incapable of dignity. It’s possible his speech will exceed very low expectations, although I wouldn’t bet a nickel on that, but “dignity” is a word Trump’s unfamiliar with, if he even knows its definition. Concluding the column by saying that in 1961, “Even JFK was nervous,” Noonan strains credulity, if only because his speech was the most memorable in modern history—perhaps the high mark of his brief presidency—and all others since have paled in comparison.

There’s simply no upside for a columnist to play it straight on the inaugural: I doubt the protests and commotion will be as advertised by the left—too cold—but in keeping with Trump’s character it’ll no doubt be a tawdry, and one hopes quickly forgotten, occasion.

On the other hand, my old friend Taki, still slinging belly laughs in his weekly “High Life” Spectator column at 80, had a lot more fun with his post a few weeks ago. As always, Taki takes clean gunshots, aimed at left-wingers and professional doomsayers, by starting off with this beaut: “What a great year this has been, what a good mood I’m in, why it’s almost like being in love.” Not only does he ignore the widespread angst felt by those shattered by the death of celebrities in 2016, but also takes a whack at UK Remainers still in denial over the June Brexit explosion. Taki says, “And why did being defeated in a referendum that asked people whether they liked being told how to live by unelected assholes in Brussels cause such postpartum depression in certain luvvies and London types? I suppose that life is a mystery and remains a mystery for simple types like myself.”

Taki’s politically conservative—like Noonan—though he blasted George Bush and Dick Cheney regularly earlier this century, and doesn’t follow any doctrinaire Tory or GOP talking points. And, unlike 98 percent of columnists in both the UK and America, he doesn’t give a shit what “conventional wisdom” media colleagues think of him. So, he says, “[L]eftist publications, starting with The Guardian, the New Yorker and the New York Times, have proved to be such fools that many of their staff have had nervous breakdowns.” True!

And paying no heed to political correctness, how can you not chuckle at his defenestration of celebrities? Taki: [T]here have been so many promises broken by our so-called elites that the word has lost its meaning. Amy Schumer and Lena Dunham, two of the ugliest women to walk this earth of ours, promised, vowed, swore… that they would move to Canada if Adolf Trump was elected. No such luck.”

Nasty? Absolutely. But accurate from this corner.