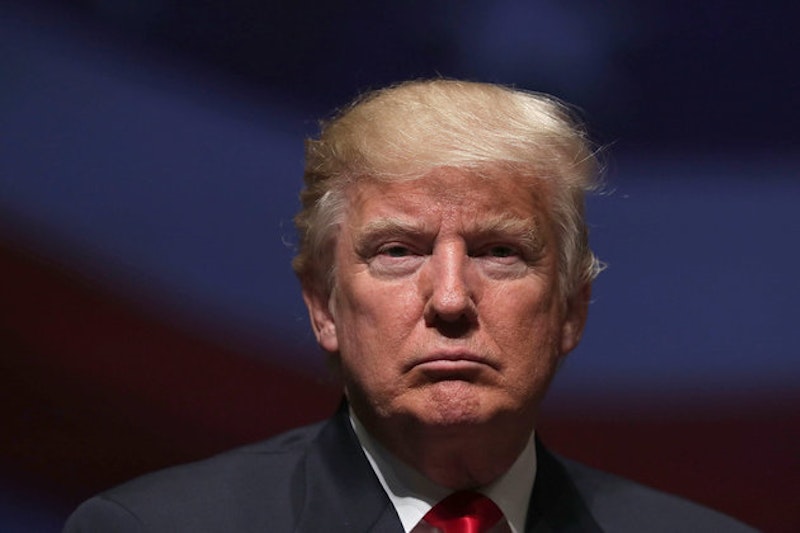 It turns out the tapes, if they exist, show golden showers. This fall the popular guess was underage girls. One heard that Washington reporters had been talking about Russian blackmail tapes of Donald Trump. But what could be on them? What could blackmail the shameless? Underage sex, people thought. Ha, no: “According to Source D, where s/he had been present, TRUMP’s (perverted) conduct in Moscow included hiring the presidential suite of the Ritz Carlton Hotel, where he knew President and Mrs. OBAMA (whom he hated) had stayed on one of their official trips to Russia, and defiling the bed where they had slept by employing a number of prostitutes to perform a ‘golden showers’ (urination) show in front of him.” Then again, notice “included.” The memo rules nothing out.

How true is any of this? Only Source D knows, assuming s/he was present. BuzzFeed, in presenting the memo, sounds desperately cautious, not to say prim: “The report misspells the name of one company, ‘Alpha Group,’ throughout. It is Alfa Group. The report says the settlement of Barvikha, outside Moscow, is ‘reserved for the residences of the top leadership and their close associates.’ It is not reserved for anyone, and it is also populated by the very wealthy.” Alpha for Alfa looks bad, but it’s small. The Barvikha business sounds like a quibble.

On the other hand, the memo’s charges haven’t been confirmed. CNN, The Washington Post and The New York Times all report coming up dry (so to speak). What we know is that somebody wanted the world to get a load of Donald Trump’s alleged antics. The showers memo and its fellows—there’s a batch of them—paint a picture of Trump as a Russian tool whose campaign was collaborating with the Kremlin. The findings were gathered by no government, just a company hired by Democrats to dig into Trump’s Russian dealings. But the government, meaning the intelligence agencies, made mention of the memos in briefing President Obama and President-elect Trump last week.

This turned the memos into something that, when leaked, would seem a bit more than scuttlebutt. “Intel Chiefs Presented Trump With Claims of Russian Efforts to Compromise Him” reads better than “Private Operative’s Memos Detail Claims.” After word of the memos had been leaked, the memos themselves could come out, and with them the golden showers. This on the day before Trump has the first press conference he’s scheduled in a while. He’s been mouthing off about the intelligence agencies, and now look what’s happened to him.

Sen. Charles Schumer, the leader of the Senate Democrats, talked not too long ago about Trump’s chancy life-style. “Let me tell you,” he confided to Rachel Maddow, “you take on the intelligence community, they have six ways from Sunday at getting back at you.” He sounds so jolly. Well, why not? We’re living through a great social unbuttoning. Anything can be talked about—as it turns out, even the deep state. Establishment sabotage of the elected can be discussed as a fact of life, like farts. Or the President-elect’s possible enjoyment of prostitutes who urinate. We’re in for a sticky few years, and who’s going to change the sheets?