Her insistence that mixed martial arts “are not the arts” betrays a loathing of the little people. 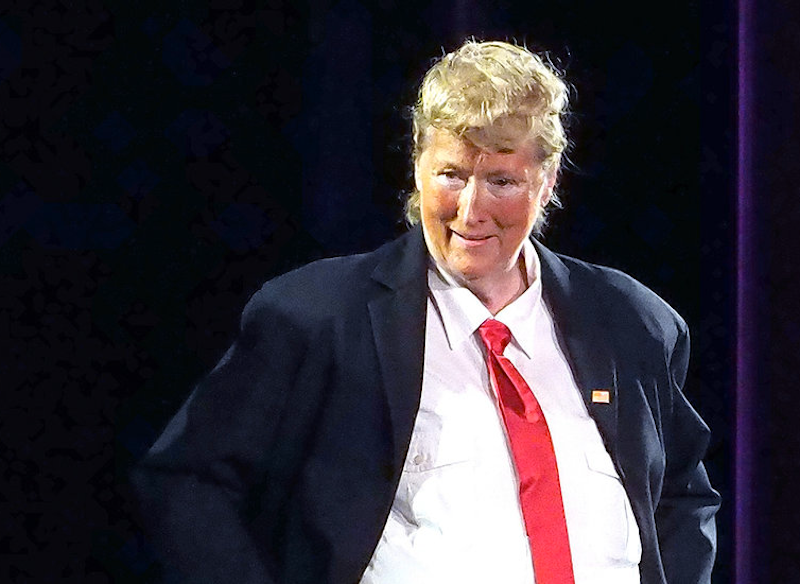 Here’s some more Internet effluvia about Meryl Streep’s speech at the Golden Globes: I dug it, but this bit bugged me: “Hollywood is crawling with outsiders and foreigners. If you kick 'em all out, you'll have nothing to watch but football and mixed martial arts, which are not the arts. They gave me three seconds to say this. An actor's only job is to enter the lives of people who are different from us and let you feel what that feels like. And there were many, many, many powerful performances this year that did exactly that, breathtaking, passionate work.” I need to log off. Too much coming in at once. I’m getting whiplash writing this after a day of miserable Senate confirmation hearings and leaked memos claiming that Trump hired prostitutes in Moscow to piss on each other in a bed that he knew the Obamas had slept in. Of course the room was bugged, and of course there’s video. There’s still nine days until the Inauguration. Rick Wilson’s fabled “oppo dump” finally dropped, and dozens and dozens of journalists are on Twitter saying that they knew about the story before the election but couldn’t confirm. Awesome. Thanks everyone.

But let’s go back to Streep’s dismissal of football and mixed martial arts, which betrays a smug attitude and a disdain for the little people beneath her pile of plaudits. “Court Rules Meryl Streep Unable To Be Tried By Jury As She Has No Peers,” says The Onion. I guess no one remembers this? The “We are all Africans” bit was taken out of context, but she’s now a convenient queen for all of us still sore about Hillary Clinton choking and suffering the most colossally humiliating political failure in modern history.

To say “This is why Trump won” would be redundant and reductive. It doesn’t really matter anymore. Everything’s a distraction and she lost and he won for a galaxy of reasons and circumstances. Going forward though, this squeamishness and condescension on behalf of liberals regarding anything physical, primal, or focused on rage needs to be curbed immediately. Mixed martial arts are as much of an art as playing piano, figure skating, or making a good meal. I don’t dig it much myself, but I’ve listened to a couple of Joe Rogan’s fight companion videos, and the passion with which they talk about matches has the same excited rhythm and nuance that I might have with someone about Van Dyke Parks’ Song Cycle. Football is an art, even if its audience looks like mostly rubes to Meryl Streep and the Hollywood Foreign Press. Nearly twice as many Americans watched football instead of the Golden Globes, so whom are you talking to? There’s nothing you can do, and in times like these, brevity just works better. Streep should’ve told Trump to suck a fat one and leave it at that. She didn’t say anything we didn’t already know or hear a million times on TV or on Twitter, and she managed to fit in an ignorant classist insult in there. Awesome.