Talking Taxes With the Haberdasher

Tha prospect of an Obama-Cain election and some fine autumn wear. 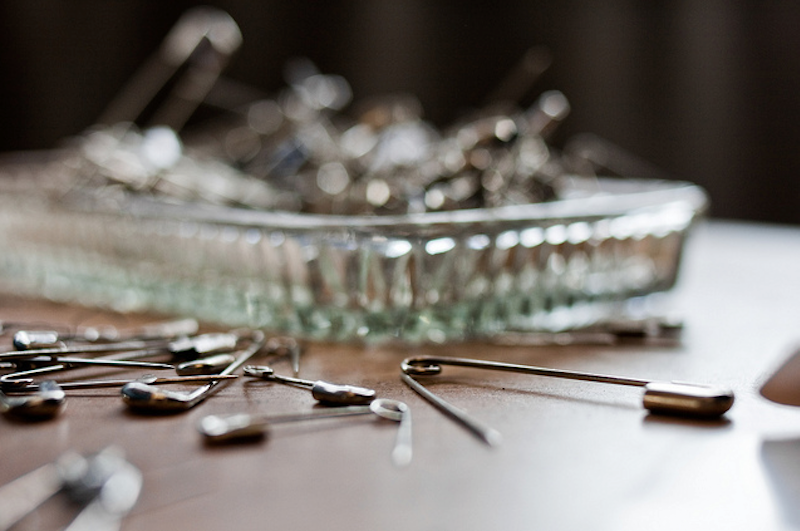 And here’s another reason why I don’t like making purchases online: the absence of personal interaction. Yes, I realize that when patronizing, say, a big-box store, Starbucks, 7-11 or Barnes & Noble, the cashiers are robots, human iPhones, and if you receive a grunt upon completing a transaction that’s what passes for proper manners in today’s de-sensitized society. Yet last Saturday, on an exhilarating autumn day here in Baltimore, the sun finally shining and the wind whizzing past my ears at a ferocious clip, I stopped in at a small clothing store that had recently moved from a scuzzy downtown location to a tree-lined neighborhood, and had a rip-roaring time with the proprietors Herb and Tony, fellows I’ve known since the mid-1980s, when I could first afford their durable threads.

The shop isn’t that far removed from the ideal of the local barber shop—the ones with red, white & blue swirling poles outside, now nearing extinction in favor of overpriced unisex salons, where even kids get $75 haircuts—that you see in old movies and television shows, clubhouses of a sort, where friends gather to banter about family, current events and sports. The independent merchant is, as everyone knows (although only a certain percentage of the populace actually cares) a rare kind of bird, and so these sort of occasions are especially welcome, and as the customers come in and out, not in a rush but rather a trickle, there’s a calm in the surroundings as if you’ve found shelter from a typhoon, no longer an alien in what at one time was not a strange land.

I was looking for a heavy sweater, and as Herb laid the choices in front of me, another fellow walked into the store, made his greetings, and then asked, “So, how about that Herman Cain? Seems like a smart guy to me. Would you vote for him?” Herb quickly replied, and Tony nodded his head, “In a heartbeat. And I’ll up the ante: I’d take my chances with that Texan, Ron Paul. Anyone but Obama.” This is the sort of language I’m fluent in, in an economically conservative oasis where it’s unnecessary to watch your tongue for fear of alienating someone, an old-fashioned klatch where equivocation is frowned upon. And who doesn’t at least like the idea of Cain, the businessman who made a fortune slinging pizza, and the prospect of an historic election that pits two accomplished black men against each other for the presidency?

I did put a damper on the Cain hoopla in the store by pointing out that his “9-9-9” tax plan, while valuable for promoting the necessity of a revamped tax code, didn’t make all that much sense, at least to me. As someone who’s been in favor of the flat tax since the late 80s, I’m not buying Cain’s gutsy—besides Steve Forbes and Jerry Brown (in ’92 vs. Bill Clinton, back in his populist phase), no other presidential hopeful can muster the courage for such an obvious proposal.

I’m not an economist, but I’ve had plenty of experience paying taxes—and using an accountant to decipher the fine part in the IRS code that redounds to my advantage—and I’d gladly give up deductions and loopholes for a vastly simpler system. Such as: a 24 percent flat tax for everyone, with the only exemptions made for families whose annual income is $30,000 or less and individuals who pull down less than $25,000. I don’t like Cain’s nine percent national sales tax, which at the peril of being misrepresented as a liberal, is regressive and would unfairly burden those Americans who don’t make much money.

Let’s consider the example of Warren Buffet, the billionaire who inconceivably has become a liberal messiah for his duplicitous and image-burnishing calls for higher taxes on people like himself. It was reported last week that Buffett earned nearly $63 million in 2010 and, thanks to the efforts of his tax lawyers, paid just $6.9 million in taxes. So he can bathe in the praise of The New York Times for his supposed enlightened tax ideas, while benefitting from the current system and sending the feds just over 10 percent of his income. Under the plan I outlined above, the 24 percent level, Buffett would get dinged for a bit more than $15 million.

Could be that 24 percent is too high, and maybe 20 percent would do the trick, but you get the idea. In any case, I was just about to ask Herb and Tony about their reaction to the Occupy Wall Street phenomenon (or, if you’re feeling uncharitable, fad), but two more patrons walked in and my time was up.