A portrait of the undecided voter in 2020. 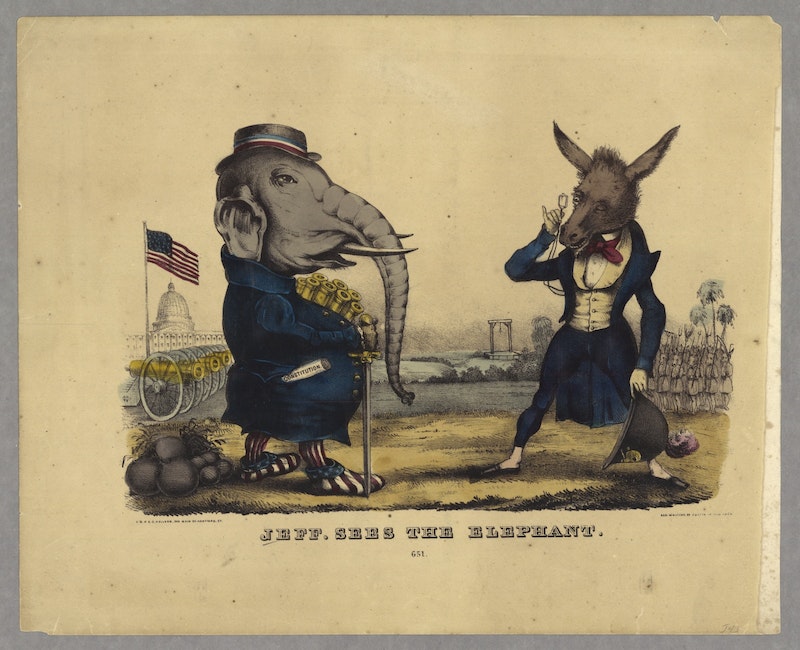 You walk out the door of your rathole of an efficiency apartment, as ready as you'll ever be to vote in the primary election. There's so much at stake: job creation, the War on Terror, taxes, illegal immigration, 420-friendliness, gay divorce. How could anyone possibly understand all of this?

But somehow these 20 or 30 candidates understand everything. Each one boasts a sound plan for fixing up our shithole of a country. Things have been bad for too many years. An economic depression for as long as anyone can remember. So much Internet pornography in our public schools. Rampant victimless crime and drug dealing inside our abandoned malls and foreclosed trampoline parks. Pedophile priests recruiting children via Twitch.tv streams. Hundreds of millions of slackers using their hard-earned welfare subsidies to buy Oreos, CBD oil, kratom, fleshlights, and moisturizer.

Time to do your part. Stand athwart the tide of history and say, “Whatever, man.” Savor the waves of change as they break against your bony kneecaps. The volunteer at the polling place hands you an electronic ballot. She might be 80, but she still has a spark in those pretty blue eyes of hers. A date? No, not now. It's too soon after your sentencing. You can't afford to be distracted.

You stride confidently toward the voting booth, looking to all the world like someone who’s been there before. Not that you ever have, but hey, you had your reasons. It’s been a tough couple of years, what with all your colds and flus and hangovers. You were always working late or unemployed even later. You had those ungrateful kids. Who can remember anything, honestly? “Do you remember the bills you had to pay, or even yesterday?” There’s a fine lyric for all you fellow Boomers. Bowie: now that’s what I call music!

The moment of truth arrives: Who’s the chosen one? Images of the candidates flash across your mind. The weak-chinned guy, he seemed okay. The woman had a nice strong voice. She sounded like someone’s teacher aunt, a swell know-it-all who would take it upon herself to wash the dishes for a lazy son of a gun like you. The other weak-chinned guy, the one who wasn't as weak-chinned as the first weak-chinned guy, always wore colorful ties with nice Windsor knots and talked a good law-and-order game about how great things would be if 50 percent of the people were in prison and the other 50 percent were cops. The rail-thin man who wore those hideous tweed coats seemed to be the most Christian of the bunch. Would voting for him make up for not going to church these past three decades? Nah, screw that. You believe in God, but you also leave a lot of room for fun, superstition, and lottery tickets. No sense throwing away a perfectly good vote on that Bible-thumper.

Clock's ticking. Decision 2020! Might as well be Decision 2525! It never gets any easier. Why don't they run the campaign ads on a continuous loop in here? Just so you could hear the slogans and put-downs again, hear them afresh, and make an informed decision. You can’t vote for Trump, on account of how much your social media feeds hate him, but the other candidates remain fair game. And Trump’s opponents are correct that this is a terrible economy, so deep in the shitter that you couldn’t get it unstuck with a closet auger. On top of that, these mean streets aren't safe to walk and this lead-filled water isn't safe to drink. Not to mention the Russians, who might be hacking into the text messages on your Android phone. If they weren’t, how else could you explain your wife learning about that so-called “slam piece” of yours? The old ball-and-chain certainly doesn’t know your PIN, given that it’s the same super-secret one you’ve been using for decades. Oh, those Russians.

Anyway, here's your chance to change everything, your second chance at a first do-over. Maybe this will be the election when your preferred candidate beats the odds, the evens, and starts on the imaginary numbers. You make the smart move, clicking on the box marked "write-in candidate” and using the awkward touch keypad to enter your own name. Hey, can’t win if you don’t play, am I right? Last I heard, this was still a free country.