To the left, the nerd’s ungraceful and sometimes probing utterances have become a major burden. 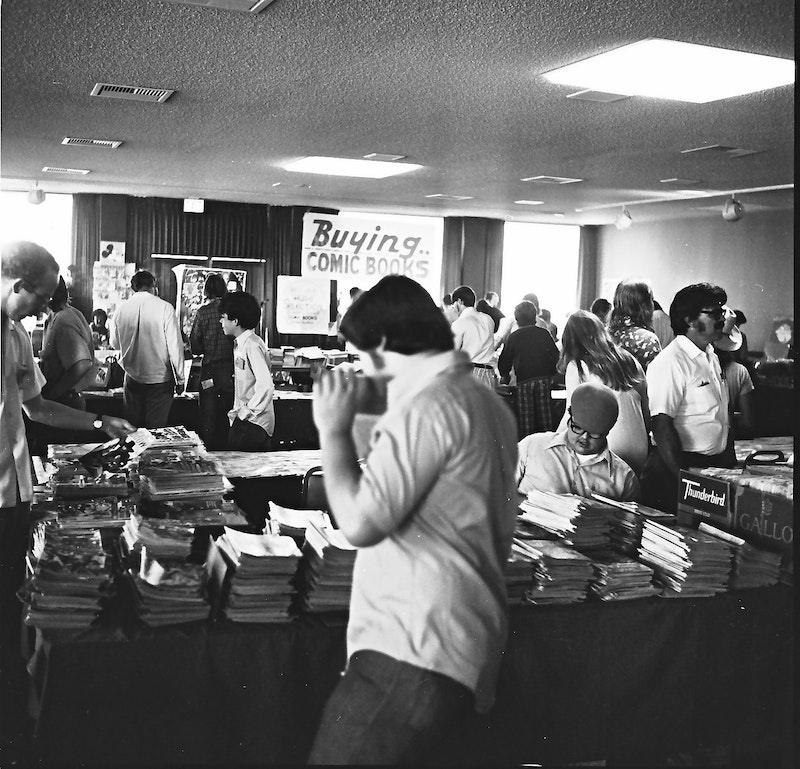 We’re in strange times when the center right is home to intellectually freewheeling nerds just as the left is getting fed up with navel-gazing and hell-bent on epistemic closure. Epistemic closure was a term popularized by libertarian Julian Sanchez in 2010 to describe the know-nothingism on display by certain Tea Partiers. As the decade draws to a close, we’ve done a societal 180.

The egghead who hesitates to take an unequivocal, black-and-white, moralized stance on X issue—in favor of robust debate and analysis—was a hallmark of the left contra the right for decades, and most of my life. But changes are afoot. The knowledge economy has rendered gawky brainiacs like former Googler James Damore among the most common type of male most modern female professionals will have to abide in their everyday lives, and familiarity has given way to contempt.

“If I see someone in a Batman t-shirt, I no longer assume they’re a sensitive soul,” laments Jennifer Wright at The New York Times. “Instead, I wonder if they harassed women during Gamergate or hang out on incel message boards talking about how Elliot Rodger was right to kill ‘blonde sorority sluts.’”

A Batman shirt did this.

This is vaguely paranoid, but it’s a peek into the increasingly trendy progressive discomfort with the world of nerdery, especially straight male nerdery. While the smirking, smart-ass male atheist who slew sacred cows was still enjoying some measure of cultural panache as recently as the 2000s, something has changed in the years since. The fleeting image of a Christopher Hitchens or Richard Dawkins in the mind of a modern progressive invokes not Marxism and evolutionary science, but problematic webcam bros. For the front row kids, the long tail of YouTube content is like attending a Lambda Lambda Lambda frat party. It’s an affront to everything fabulous and not gross.

Nerds are infamous for lacking a certain level of social awareness, being awkward and at odds with common sense and sensibility. And with progressives enjoying their common sense phase—the ability to shape the kind of thing ad-driven corporations want something, as opposed to nothing, to do with—the nerd’s ungraceful and sometimes probing utterances have become a major burden.

Real nerd Robin Hanson (not to be confused with the legendary “genuine nerd” Toby Radloff) has earned a place in Wonkette’s 2018 list of “garbage men.” Why? Because he dared broach the topic of male sexual inequality, something relevant in a year when a so-called incel—or involuntarily celibate—murdered someone in Toronto. The timing of Hanson’s thought experiment is thought to be so egregious it deserves to be dismissed out of hand and widely butchered. Just as questioning US foreign policy in the Middle East was inquiry-non-grata in the days after 9/11—an affront to everyone’s common sense—Hanson’s meditation was deemed beyond the pale.

There’s a growing sense that empiricism, rationalism, evidence and debate are all at odds with the imperatives of the modern left. (In fact they’ve all become tropes on the right, along with the meta-issue of free speech.) Biology has no place in the discussion around trans rights; evidence—and even long-standing notions like “innocent until proven guilty”—are considered an egregious rebuke e.g. to the notion of needing to “listen and believe” a woman’s claims about harassment.

There’s a kind of disrespect to popular sentiment shown when nerds who can’t read a room engage in deconstructing lefty zeitgeist. To even entertain thoughts at odds with progressive common sense is to “normalize” hate.

The Pew Research Center released a survey in November showing the progressive wing of the Democrats the most likely to consider a conversation with the political opposition to be “stressful and frustrating.” Conversely, the center-right (or moderate/liberal Republican as Pew puts it) was the least likely to share that sentiment, and most likely to consider political engagement with the opposition “interesting and informative.”

Political contemplation for the sake of political contemplation—evidence for a kind of terminal value that eschews trendy groupthink (and may even fetishize contrarianism)—is bizarrely gaining a reputation as something conservatives do, not the pointy-headed liberal academic of legend. We may even be witnessing the transition of precisely those pointy-headed liberal academics into conservatives, as the academy has been gradually taken over by pedagogy more missionary in spirit. It’s how we arrived at the Intellectual Dark Web.

It’s how we arrived at the notion that milquetoast New York Times writer Bari Weiss—who helped bring attention to the IDW—is a “provocateur.” (And that was the charitable interpretation of her place in the journosphere! The less charitable take is that she’s s “troll.”)

So just how did common sense, and the hostility to interrogating it, become so wedded to progressives? Software engineer Mark Ledwich’s recent piece for Medium is suggestive: Progressives dominate the culture industry, and this has paid handsome memetic dividends.

“The right dominates YouTube, which is probably because they have a larger number of individual YouTube content creators,” writes Ledwich. “But the data shows that YouTube is predominantly left-leaning in terms of total views for 2018 due to political TV pundits from mainstream broadcasters —such as John Oliver and Trevor Noah —posting their content.”

The latest Tim Pool video is no match for Saturday Night Live’s most recent cold open. For Pool, YouTube is the beginning and end of his media reach. For NBC, it’s an afterthought. Progressives are enjoying an astounding level of institutional success, but with this comes the impulse to close the doors of perception. I’d add the windows of epistemology as well.