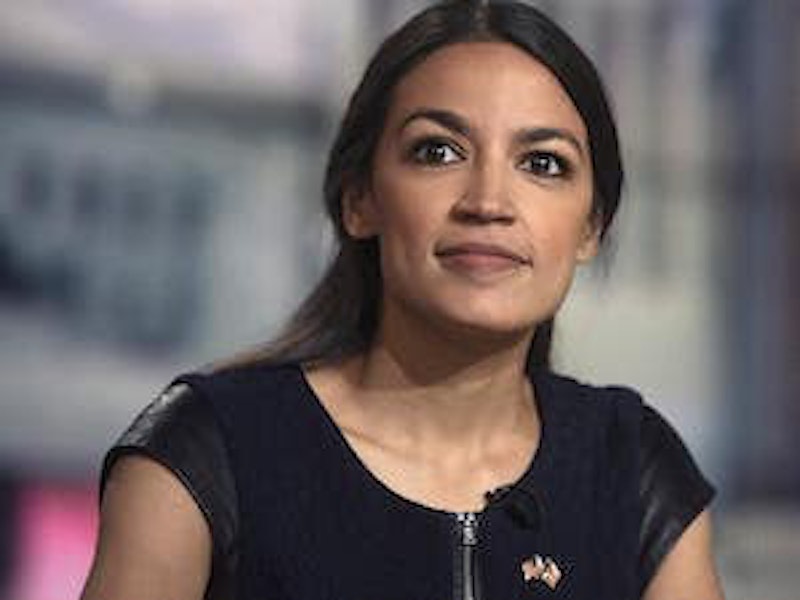 First, he came for the robots.

Tucker Carlson, that is, who I criticized recently for his lamentation that the invention of robot trucks could put humans out of work—only in the short term, I’d counter, as has been the case with every prosperity-increasing invention in human history.

I tried not to freak out over Carlson turning Luddite/protectionist, but now he has given a widely-viewed speech denouncing capitalist materialism, and there is a larger trend afoot of people on the right becoming so enamored of nationalism they lose interest in free markets—making them pretty much useless in my book (literally—read my book). Last month, I wrote of wishing for peace between leftists such as Rep. Alexandra Ocasio-Cortez and rightists such as Carlson, but the dream has come all too true, with anti-capitalism, as happens all too often, being their common ground. There can be peace more dreadful than conflict.

I’m reminded of the horror I felt not long ago when some editors from Dissent (left), The Nation (left), American Affairs (right-populist), and First Things (religious right) attended the same discussion in New York City and discovered they all agreed on one thing, which is that capitalism is awful. Can I be blamed for giving up on the entire non-libertarian political spectrum if they’re all turning into socialists?

The last straw may have been (ostensibly conservative) Ann Coulter tweeting Jan. 4, 2019, “Ocasio-Cortez wants a 70-80% income tax on the rich. I agree! Start with the Koch Bros.—and also make it a WEALTH tax.“ The day before she tweeted, "I hate libertarians," just so there’s no ambiguity about where she stands. The (libertarian) Kochs are of course pro-immigration, which is why she hates them, and that issue seems to be the only one some on the far right care about lately.

Carlson and Coulter prove the right is a real threat to liberty, however useful the right may have been in the days of (the much greater threat of) the Soviet Union. Twisting the knife, Carlson of course made his millions before declaring the grasping by the rest of the population unseemly. And Coulter implies one of the problems with immigrants is that they’re a bunch of mooching socialists, but why worry about Latino socialists in particular when we already have her to fear?

Meanwhile, Ocasio and the Justice Democrats of which she’s a member might now be organizing a primary challenge not to some evil billionaire but to... a black New York City Democrat who co-sponsored current criminal justice reform. Apparently, she’s angry because he has tried to use her as an embarrassing, radical albatross around the necks of her allies (h/t Taylor Davidson).

She’s already starting to look less like a social revolutionary and more like a typical petty politician—yet drag queen RuPaul, for example, is so in awe of the young socialist that s/he seems literally to have begun praying to Ocasio, as suggested by a tweet longing for Ocasio’s guidance in all things and all thoughts. Less RuPaul, more Ron Paul, please.

But I know I should just accept that drag queens, fascists, and communists—now as it was in Weimar Germany— all get along better with each other deep down than they do with the normal, boring, bourgeois rest of us who they’d love to erase.

This much must be said in defense of the stodgy bourgeois, though: However much we may dislike Ocasio, we haven’t been insulting her dance video. That was a hoax designed to make conservatives look uptight, and the one anonymous Twitter account that condemned her dancing has already been deleted. Obviously, insulting her cute dancing would be about as stupid a political strategy as telling people Kyrsten Sinema is too librarian-hot to be a senator, with her bisexuality, nerdy glasses and implausibly porny name. That wouldn’t be the road to victory. Perhaps the next fake attack on Ocasio will be a purportedly conservative account condemning her large breasts (or her large earrings, since there seem to be many fans of those as well).

Let neither the fake attacks nor the breasts lure you into socialism. It ends with 100 million dead and an economy in ruins.

I must also urge people to avoid falling under the sway of surfing Hindu Rep. Tulsi Gabbard, since she and Ocasio were among the only three Democrats in the House so radically opposed to fiscal sobriety as to vote (in vain) to kill PAYGO rules, which say new spending must be offset by revenues or spending cuts elsewhere, an eminently sensible and modest principle for a federal government $23 trillion in debt already.

Alas, Ocasio believes, like a subset of current young leftists, in the ultimate deficit spending: Just have the Fed keep printing money, but make sure the new money goes to socialist governmental projects instead of conventional loans. Inflate your way to socialism by crowding out the spending power of the private sector, basically, one of the stupidest ideas politics has ever generated but possibly just stealthy enough to become policy without the sleepy populace noticing. Fear these sorts of ideas. (See: Weimar, once again.)

Yet New York Times columnist Paul Krugman, who I’ve seen publicly admitting he admires the megalomaniacal, galaxy-controlling Isaac Asimov character Harry Seldon, writes that Ocasio knows plenty about tax policy and that her proposed high rates make perfect sense. But then, given that even former Times editor Jill Abramson says the Times is so partisan its journalistic objectivity is unraveling, why take any Times columnists seriously—or any pundit or politician at all, come to think of it?