Civil conversation about guns with Republicans isn't on the liberal agenda. 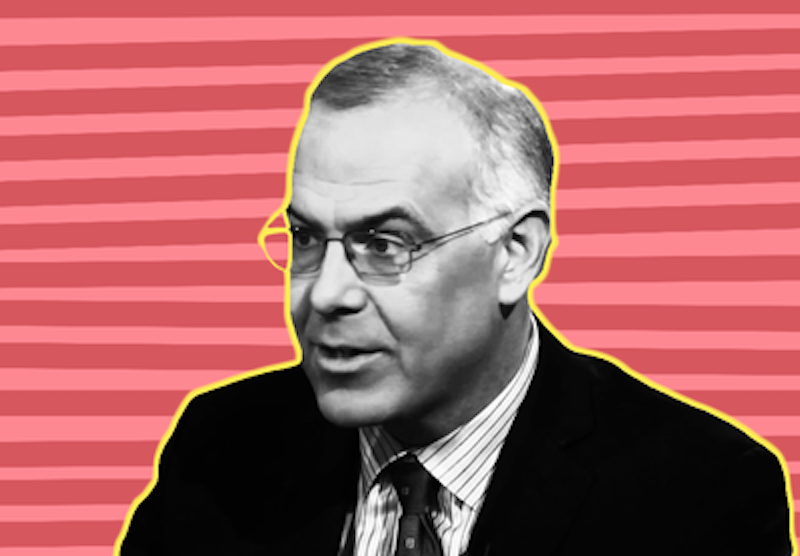 New York Times op-ed writer David Brooks ignited one of his periodic uproars with Tuesday’s column, a conciliatory meditation on gun control. More broadly—and this was lost on irate Democrats—it was a call for people on either side of the aisle to periodically drop their weapons and try listening to each other. In the wake of the Parkland, Florida school shooting, few are in the mood for rapprochement between what the writer calls the Red and Blue tribes. Some readers probably felt their first tinge of panic upon reading the title of his essay, “Respect First, Then Gun Control.”

Founder and Editor of Think Progress, Judd Legum, reacted to on Twitter in a manner typical of most progressives—he sarcastically said that the most important thing to do when 17 get gunned down is to be polite and deferential. The emotionally-charged Democrats want to vent now. They want to ride a wave of anger directed at the NRA and Republicans, not pursue detente, but the problem is that they have no idea of how to put a stop to the string of school shootings. That pure emotion won't fuel change in gun regulation became obvious after the Sandy Hook massacre in 2012, a lesson that’s lost on Democrats.

Brooks probably upset a lot of readers by pointing out the unpleasant truth that gun owners view them as snobbish elites who feel they're morally superior. This isn't what they want to hear from a Times writer. To imagine that they could possibly be part of the problem, or to be told a new approach that would entail a certain degree of discomfort is too much of a stretch. Brooks says that if you tell people they and their guns are despicable they'll just dig in their heels and return the hate. That's sounds reasonable, but it didn't go over too well.

Brooks also mentions a group called the Better Angels, whose stated mission is to depolarize the U.S. by dealing with such questions as how anger creeps into our subconscious and poisons any chances to move towards a consensus. They go from town to town “finding members of the Red and Blue tribes and bringing them together for long, humbling conversations.” The Better Angels think the rancor and hyperpartisanship has gone too far and are actually doing something about it by creating “depolarized zones” where people can sit down and find common ground.

The people losing their composure over this column are the ones who should attend the Better Angel’s seminars. They see that as weakness, as if the “strength” they show by remaining in full partisan mode is doing the country any good. It often appears they're in love with the fight rather than honed in on finding actual solutions.

One of the techniques the Better Angels use is having one side name the five stereotypes the other side throws at them. The conservatives always include “racist” and “uneducated” in this list. Bill Doherty, one of the group's leaders, says that a main reason the Reds don't want to engage with the Blues is they fear liberal-shaming. There's an important lesson here for any liberals open to the uncomfortable truth. The same is true for conservatives who are told at these meetings that they unfairly stereotype Blues as anti-religion and unpatriotic, but polarization diminishes people's capacity for self-awareness while boosting their confidence that they're never wrong about anything. Doherty, however, has found that once people commit to his methods, the Reds and Blues are able to have constructive dialogues.

What Democrats have lost track of is that people, if they talk face-to-face with their enemies, can have a major change of heart. Blues musician Daryl Davis, who is black, has long had the interesting hobby of travelling across the U.S. and meeting members of the Ku Klux Klan. He speaks to them with respect, and had so far talked 200 of them into giving up their robes. He’s a “doer,” unlike most of the ones whining about David Brooks.

The Blues exploding against Brooks on social media interpret his argument as an advocacy of appeasement to the Reds. They're ensconced so deeply in their own camp that any attempt at civility with the competing tribe is an act of disloyalty. Daryl Davis has had plenty of his fellow black people call him an Uncle Tom for what they misinterpret as his servility, when he actually has a higher purpose in mind.

Most people read the Times to confirm their biases. The same scenario plays out after every school shooting until things eventually return to normal. The Times’ readers would prefer to read Charles Blow’s usual platitudes after the latest school massacre about how morality must prevail than be exposed to an idea that could actually produce results. Many have probably cancelled their subscriptions in protest. Now they can return to their old ways that amount to nothing tangible at all.