Ask Indonesians if our intelligence agencies can be trusted to preserve civil liberties. 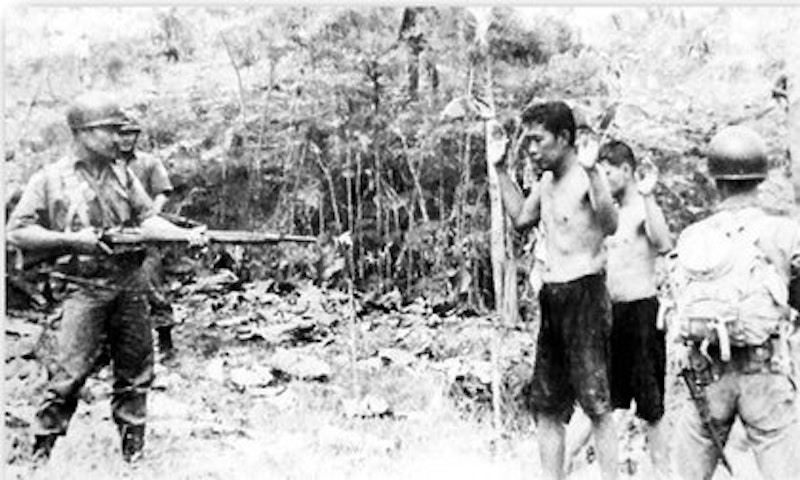 "But given the history of abuse by governments, it's right to ask questions about surveillance—particularly as technology is reshaping every aspect of our lives." That's a quote from Obama's news conference last week, in which he defended the NSA's data collection program.

From the way Obama phrased that, it's not clear which governments he's talking about specifically. What governments have abused information gathering, anyway? What did they do with it?

Well, here's one abuse of government information gathering I've been reading about recently. Not so long ago, U.S. intelligence made lists of civilians, including men, women, and children, to be executed without trial. This was back in 1965 during the Cold War, just as the U.S. was ratcheting up its involvement in Vietnam and Southeast Asia. At that time, Indonesia was ruled by Sukarno, an anti-colonialist and anti-Westerner with close ties to the Indonesian Communist Party, or PKI. He was something of a Qaddafi figure, though without quite Qaddafi's record of support for terrorism and general butchery. Sukarno was an authoritarian ruler, but certainly no worse of one than the authoritarian rulers of many countries to whom we funneled, and still funnel, money and arms.

On September 30, 1965, there was an abortive coup attempt in Indonesia, and several high-ranking generals were killed. The coup seemed to be linked to the Communist Party. Anti-Communists in the military, led by one Suharto, used this as an opportunity to seize control, unleashing a flood of anti-Communist propaganda. They also unleashed a bloodbath. Across the country, Communists, or people associated with Communists, or people accused of being Communists, were rounded up and slaughtered—often by virulently anti-Communist Muslim youth groups. An anonymous description of the violence in Robert Cribb's The Indonesian Killings: 1965-1966 describes village chiefs, children, and members of teacher's unions being mutilated, tortured, and killed, their bodies dumped in rivers or shallow pits, and banana trees planted on their graves. Here's one typical account:

A young boy… was arrested by Ansor [members of the Muslim youth group.] He was then tied to a jeep and dragged behind it until he was dead. Both his parents committed suicide.

Nobody knows how many people died in the carnage, exactly, but scholarly estimates range between 300,000 and one million. So what was the U.S. doing while this was going on? Mostly cheering from the sidelines. Again, this was the Cold War, and these were Communists being killed, at least in theory. The U.S. had long hoped that anti-Communist forces would triumph in Indonesia. Officials had contacts with Suharto, and basically wished him the best.

The U.S. did more than just wish him well, though. Twenty-five years after the massacre, Kathy Kadane reported in a May 21, 1990 Washington Post story that she had gotten a number of State Department officials to speak on the record about their involvement. They said they’d provided lists of Communists to the Indonesians, presumably so that Suharto could better hunt them down. The lists included members of women's groups and youth groups. Kadane quoted former U.S. Embassy official Robert J. Martens justifying his decision to turn over the lists to Suharto:

"It really was a big help to the army…. They probably killed a lot of people, and I probably have a lot of blood on my hands, but that's not all bad. There's a time when you have to strike hard at a decisive moment."

In this case, striking hard at a decisive moment meant, apparently, helping thugs track down schoolteachers so they could chop off their breasts before decapitating them.

After Kadane published her piece, U.S. intelligence officials pushed back, arguing that Martens had been acting on his own, without official agency direction, and that the names hadn't been all that helpful to the Indonesians anyway (in direct contradiction to Martens' statement above). Ultimately, there's no way to know exactly what happened, in large part because the Indonesian genocide was so successful—opposition was broken, Suharto moved into power, and Indonesians who knew what was good for them kept quiet about the killings. Kadane's article came out decades after the genocide, and decades after that, scholars still have sparse details about every aspect of the killings, even though Suharto finally was forced from power in 1998.

Still, one thing seems clear—the U.S. had intelligence, and that intelligence was used to help a bunch of authoritarian thugs commit genocide. Even after the story blew up on him, Martens was still insisting that aiding the military was the right thing to do. “If we had any purpose in the world except to be bureaucrats," he told a New York Times reporter, "that was the sort of thing I felt we ought to be doing.'' Shades of Oliver North.

The point, for our present purposes, is pretty straightforward. If spies have information, they will use it in pursuit of their "mission," whether it's fighting Communism or fighting terrorism. And if they trample on some civil liberties, or kill a few innocent kids, well, they're not going to worry about it all that much. Indonesia was a long time ago. But 500,000 dead is a lot of bodies to contemplate with equanimity. Our spies did though, and I doubt they've changed all that much. Perhaps it’s unlikely the current NSA program will end up abetting genocide. But the fact that our government has this particular history of abuse seems like a good reason not to trust them at all when they promise that the information they gather will not be used for harm.