David Brooks Has Nothing Left to Say

The New York Times ought to give the insufferable columnist a golden parachute. 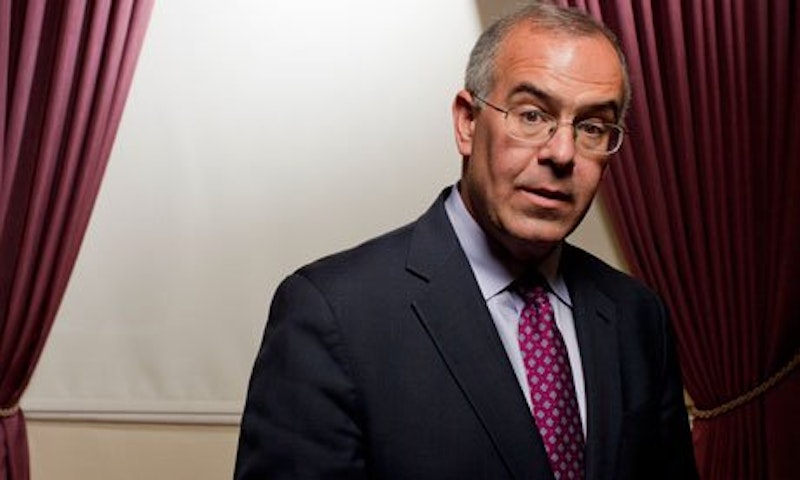 Well, now. Aging New York Times columnist David Brooks (51) has discovered Alex Rodriguez. Way to follow the news cycle, David! Brooks, who’s never been shy about providing the final word on a subject—or at least in his own unbelievably, even for a Times writer, narcissistic noggin—has it all figured out. A-Rod, or as many fans have called him for years, A-Fraud, is a phony! It’s possible Brooks has spent the past decade re-reading Edmund Burke, sucking up to politicians and television producers, and writing the sort of slap-dash sociology books that make Gail Sheehy look like William Faulkner in comparison, that the absurd PED “scandals” in Major League Baseball have escaped him until now. Brooks must have a hell of a non-interference contract at the Times that forbids an editor to spike one of his columns. How else to explain his August 6 twaddle?

Naturally, Brooks begins the essay writing about himself, how he “endured a tough first few months” when he began his Times column 10 years ago. I don’t buy this admission of self-doubt for a second, but we’re in Brooks territory, so that’s part of the bargain. (Tim Marchman wrote a splendid parody of the column at Deadspin, one that I doubt will find a home on Brooks’ refrigerator. Then again, this is a guy who grew up rooting for the New York Mets and then changed allegiance to the Washington Nationals when they moved to D.C. from Montreal, so anything’s possible. Furthermore, I’d suggest that Marchman would be an excellent replacement for Brooks on the Times’ op-ed page—a sports-centered twice-a-week column makes perfect demographic sense—but that would just lead to false accusations that I’ve been dipping into a 40-year-old stash of Mr. Natural tabs. Maybe when Mark Zuckerberg buys the Times…)

Anyway, Brooks writes: “One of the mysteries around Rodriguez is why the most supremely talented baseball player on the planet would risk his career to allegedly take performance-enhancing drugs?” Never mind the silliness of singling out A-Fraud as “the most supremely talented player on the planet,” and wonder why Brooks even has to ask the question. Rodriguez wanted the “edge” that PEDs give. End of story. (Again, for the record, I believe that all PEDs should be legal in sports; what a person puts in his or her own body is up to them.) Brooks states the obvious by writing that Rodriguez is insecure, self-absorbed and not a team player, as if that’s a unique trait among athletes who’ve transcended their sport into the realm of celebrity. Brooks might’ve asked why Roger Clemens (whom I doubt is insecure) or Barry Bonds or Manny Ramirez or Nelson Cruz or Ryan Braun sullied their reputations—at least among sanctimonious sportswriters and ESPN/Fox baseball analysts—by taking advantage of accessible PEDs. But it’s Rodriguez who’s captured 80 percent of the Biogenesis story, so that’s where Brooks travels. Besides, I wouldn’t be surprised if he’s never heard of Braun or Cruz or Jhonny Peralta.

One more whopper: “When [Rodriguez] was drafted first over all by the Seattle Mariners, he hired the superagent Scott Boras, who damaged whatever chances Rodriguez had of becoming a normal human being.” I don’t care for Boras, not because of his grandstanding and negotiating skills, but rather because it sucks when a member of my team, the Red Sox, like Jacoby Ellsbury or Jackie Bradley, Jr. signs with the man. Nevertheless, here’s a smattering of baseball players who are in the Boras fold: Bryce Harper, Stephen Strasburg, Matt Holliday, Jered Weaver, Prince Fielder, Jayson Werth and Matt Wieters. The Orioles’ Wieters is, by all accounts, one of the most mild-mannered, grounded men in baseball, both a “team player” and a “normal human being.” Sox fans might question Ellsbury’s fragility, but no one’s ever accused the quiet outfielder of chasing celebrity.

David Brooks may or may not be read by consumers under the age of 35, but it’s his sort of me-myself-and-I punditry that leads so many to ridicule the Times. He really does belong in academia, where teenagers and grad students can hang on his every word, instead of clogging up space at the Times that, in a sane world, would be ceded to someone born after 1980.