Should the U.S. Make English The Official Language? 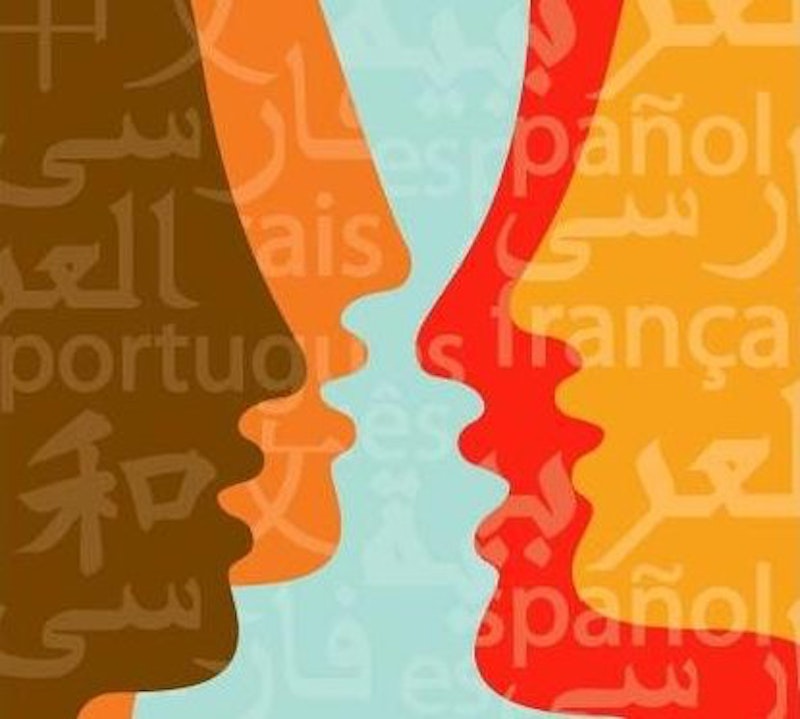 Debates over immigration policy quickly devolve into arguments over the degree to which immigrants’ presence within our society is “deserved.” One frequently mentioned criterion is language. For example, in his State of the Union address, President Obama outlined a path to “earned citizenship” that included a requirement that applicants would have to learn English.

It isn’t surprising that, in the wake of the Congressional back-and-forth over immigration reform, discussions to make English the official language at the state level in Wisconsin have arisen. If recent history is any indication, we will also likely see more push for official English policies at the federal level (from groups like U.S. English) as Congress continues the debate.

The first area of confusion concerns what types of activities would be required to be performed in English and no other language under official laws. The advocacy group U.S. English explains that “official English would not affect the diversity of languages spoken in the home, foreign languages learned in classrooms, mottoes, Native American languages and the like.” Instead, advocates insist that official English laws would restrict the use of other languages only for official government purposes but would still provide “common sense” exceptions for concerns like national security or public health and safety.

However, the scope of official government purposes that some imagine extends well beyond the offices of elected and appointed officials. For example, a recent lawsuit supported by one official English advocacy group, ProEnglish, alleges that Pima Community College in Tucson, Arizona violated Arizona’s constitutional provision making English the official state language. The lawsuit alleges that students in the college’s nursing program were electing to use Spanish amongst themselves, alienating one monolingual English speaker. This legal action suggests that ProEnglish thinks the scope of official English laws to extend even as far as instructors at state-funded institutions having a duty to mandate English as the language of student-student communication for educational purposes in and out of the classroom. Thus, the scope of what advocates mean by official government purposes remains ambiguous, and this ambiguity may give English speakers possible recourse in suppressing minority languages like Spanish in certain public spheres such as educational institutions.

Furthermore, advocates in favor of official English policies are united in their opposition to multilingual programs like Section 203 of the Voting Rights Act, which requires voting precincts to provide ballots in minority languages in areas where minority groups live. Section 203 provides access to elections for many citizens who are more comfortable reading their ballots in a language other than English. In effect, it increases minority participation in elections. However, advocates for official English laws would like to do away with Section 203 and require elections to be conducted only in English.

The Migration Policy Institute estimates that, in 2010, there were 25.2 million limited-English proficient (LEP) individuals living in the US (or approximately nine percent of the US population). Proponents insist that making English the official language of the U.S. would encourage immigrants and other LEP individuals to learn English.

However, this assumption is based in the contemporary belief that recent immigrants are resistant to learning English. The evidence, however, suggests these assumptions are baseless. For example, a recent Pew survey of Hispanics in the US found that 87 percent believed English was important for adult U.S. immigrants and 95 percent believed English was important for second generation U.S. Hispanics. In addition, more recent research has suggested that contemporary immigrant families are actually learning English more quickly than past waves of immigrants.

Most LEP individuals in the U.S. are eager to learn English, but learning a new language can be difficult. The process can be accelerated with the help of language classes, but a lack of accessible English as a second language classes in the U.S. is a major roadblock for LEP individuals. Hence, rather than needing an incentive to learn English, most LEP individuals in the U.S. need instructional support that would help them in their acquisition of a new language. Official English policies, which do not allocate resources for English language education, are not an effective method of improving English language proficiency among the American population.

Effective methods of improving English language proficiency require resources. The most compelling justification advocates offer for official English policies is the financial burden they could create. Before considering this burden, it’s important to note that LEP individuals are not necessarily outsiders, who are being accommodated without contributing. Many are U.S. citizens. Most pay taxes. Like any other tax-paying citizens and residents, they are entitled to have their government make every possible effort to communicate with them in a way that is comprehensible to them.

Of course, whether a particular program is practical or cost effective is another matter entirely. Obviously, not every document or government service can be reasonably translated into all languages. This practical reality is acknowledged in multilingual programs such as  Section 203 of the Voting Rights Act, which only requires ballots in languages that are spoken by minority groups that are larger than 10,000 or over five percent of citizens who are 18 years or older in a particular jurisdiction. Data on the costs of Section 203 suggest that the program is quite inexpensive. In his book The Battle over Bilingual Ballots, James Thomas Tucker reviews available expense data showing that the costs of section 203 for jurisdictions “comprised only a small fraction of total election expenses.” In fact, many precincts reported no additional cost to provide multilingual election services. In a select few cases, jurisdictions reported that the costs of multilingual voting services comprised a large percentage of total costs for their elections. These few outliers suggest the need for cost-saving practices such as hiring multilingual staff members who can provide translation services as part of their normal duties rather than using outside translation services.

As we continue to talk about immigration reform in the U.S., proposals to make English the official language of various levels of government will continue. However, these proposed policies are about trying to separate those who “deserve” to be in the United States from those who allegedly do not on the basis of language. The question of who the U.S. welcomes and who it doesn’t should not be determined on the basis of how “like us” newcomers are but on the basis of whether welcoming them would contribute to the creation and maintenance of the inclusive, just society we want to be.

Read more from Nic at his blog linguisticpulse.wordpress.com.