American prisons rely heavily on a barbaric practice that destroys the mind. 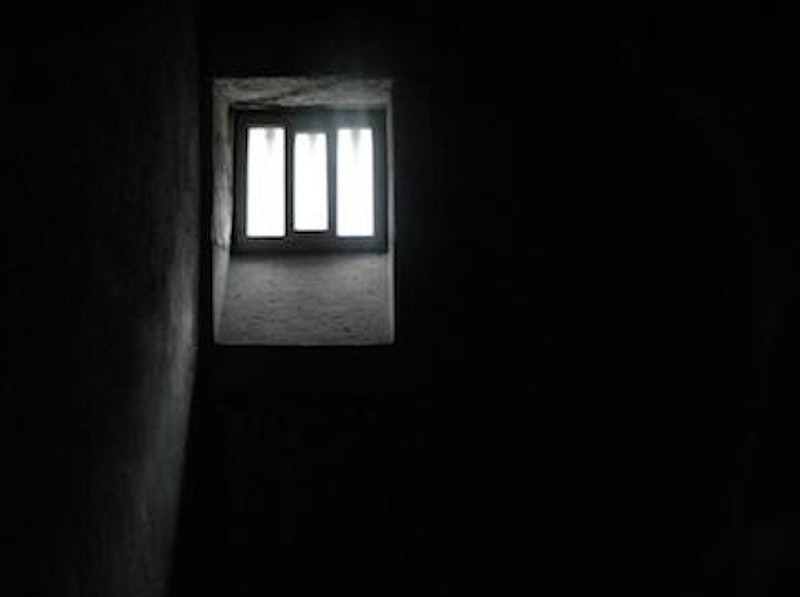 I wrote a column last week for Splice Today about the torture that British anti-Islamist Tommy Robinson received after being thrown into a violent prison on the civil charge of contempt of court. He was held in solitary confinement for over two months with no TV or radio. For his daily one hour outside his cell, Robinson was locked in a cage inside Onley prison.

The details of the story are shocking—this would’ve been a huge scandal had anyone else been the victim—but I was disappointed (not surprised though) with how many British people contacted me to express their disgust that I’d defended a racist scumbag, as if to protest against someone’s torture is to defend that individual’s politics. You’d think most adults would be able to make the distinction, but experience has taught me that the mere mention of Tommy Robinson’s name inflames many Brits so that they become incapable of rational thought. The truth is that many of these complainers were happy to learn that Robinson, who lost 40 pounds in 75 days behind bars, had suffered at the hands of the state. The irony is that all of these people have convinced themselves they’re morally superior to him.

A large number of these outraged people denied that Robinson had even been tortured. The most they’d allow was that the way he was incarcerated was “unpleasant.” Their indifference to Robinson’s pain was partially a factor of the loathing they feel for the working class activist from Luton, but it’s not uncommon for people to discount the suffering and long-term psychological problems solitary confinement causes. This blindspot could be fixed by spending just 24 hours in a cell with no human contact—not even a TV—or alternatively by reading what mental health professionals have published on the subject.

When people talk of American exceptionalism, they should include the good and the bad, like the fact that the U.S. relies heavily on solitary confinement (even for such minor infractions as disobeying an order), while also incarcerating a much higher percentage of its population than other Western democracies. Americans obsess over lawbreakers, but tend to overlook justice system atrocities—they’re just the inevitable casualties in the fight for law and order.

If rehabilitation aimed at returning criminals to society as better humans were one of the goals of imprisonment, then solitary confinement would be used sparingly in the U.S. But that approach was abandoned in the 1970s and replaced with a punitive model. Now there are thousands of prisoners across the nation, including minors, subjected to the barbarity of solitary confinement every year. While segregation (another term for solitary confinement) is beginning to be looked upon more skeptically in some state prison systems, the U.S. is way behind Germany, for example, where it’s hardly ever used anymore.

The typical segregation cell is essentially a torture chamber that measures 6' x 10' and has flourescent lights that are never turned off. There may be a few books in it, but often it lacks a TV set or even a radio. When prisoners are allowed out of the cell, meaningful contact with others is kept to a minimum. In the supermax facilities that house the likes of Unabomber Ted Kaczynski, such extreme imprisonment is presented as normal, not the exception.

If you set out to destroy a human being, you couldn’t do much better than placing him in solitary confinement for an extended period of time and waiting for the inevitable anxiety, depression, anger, cognitive disturbances, paranoia, self-harm, and perceptual distortions to set in. When you let him out he’ll be broken and often suicidal.

Retribution’s an American staple, even though this is supposedly a Christian nation. Americans love seeing someone punished harshly. Look at how many people call for firing someone for a minor offense that may not even have been intentional. The offender is beyond redemption and must lose their job. The harsher you are on the perceived offender, the more prestige you gain in your in-group. The German model of incarceration, where guards are taught to treat prisoners—who wear their own clothes and have keys to their own cells—with respect and dignity would be baffling to the average American. They’d wonder where the suffering was.

When Alexis de Tocqueville toured American prisons in the 19th century, the solitary confinement he witnessed disturbed him. “It devours, and it kills,” he said, “and does nothing to reform them.” Almost 200 years later, things are much the same. Terry Anderson, who once was the chief Middle East correspondent for the Associated Press, said it best in his memoir, Den of Lions. He was kidnapped in Beirut in 1985 and spent seven years as a hostage of Hezbollah in Lebanon, much of the time in solitary confinement. “I would rather have had the worst companion,” he said, “than no companion at all.”