Splice Today has discovered a handwritten draft of a political speech by Cedric Bixler-Zavala, singer and close friend of Beto O’Rourke. 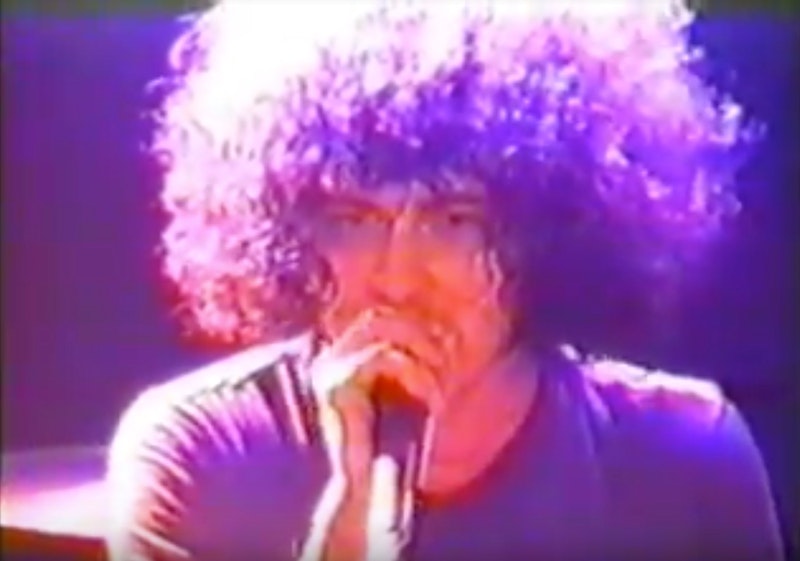 ED. NOTE: Over the weekend, we found this document in the sleeve of a first pressing of the first At the Drive-In EP, Hell Paso. The record was obatined through someone on Discogs for our own amusement, but we’re happy to report that we have a better story to break: Cedric Bixler-Zavala appears to be the author of this pseudo-stump speech, which concludes "FOR BETO." We will not be posting scans of the sheets for fear of [excuse].

My fallow Americans and Capillary cousins: are we not meat? Are we not asthmatic and mean? Do we not stalk the streets on a downer buzz contracting Tardis like paralysis converted? Are we not disinfected? Innoculations containing taxations riddle our ropes of oxy-hydrocodone codeine defenestration trifecta, while the bastard conveyor belt coughs. Candymen in a contagion lisp ameliorate crass passages to convey and repeat: I admit I’m a skeleton, knowing not of abstracted braces and ruinless faults. Though they called me to say those ruins were razed by the whipping volt, a penurial pituary piece of grease lightning. Balzac’s canon fodder. Knowing no verses in the bark of the Anglo-Saxon, I was never prejudiced against the Seraphim. It’s how I got here today, winged on the guises of a lamb gutted in cornpone high steel, train tack tariff muffed by incisors insisting [REDACTED] wanted to muzzle our mandibled tounges.

Osiris spew and the corner store knew that trash in the tenements and the crisis debris and plastic sarcophagi conventionally convened issued drama tristises. Osiris knew. Yet we are still the meter maids in his image, a horned Barnie Hieronymusly hexpressing in the margins. Philistine combovers and pristine parasite jugglers unable to retain faith in our nation whether solvent or inhalant. “The Death Stash” only a warning to carousel scripture introducing intolerance in Wyoming plains and mountain death camps, Nero convalescent and in rapture of the sun, only occasioanlly reading the Dead Sea Scrolls to path time. Tithe not those who’ve demonstrated placation but rather divide the incisors of delegated debt and aerodynamic wit. Utopia is just a shade away, a lupine carrier of barbed wire deviations. The psoriasis matador embarassed by the bull market and all of our mulled bark flies. Utopia is just a shade away, no ectoplasmatic televangelists abide anymore by the rape of the pants and pocketbooks and evil attenuated in the eyes of the elders, before only a ruse, now a reality.

Pariahs of the national remain crushed between a fontanelle smothered in Cassandra and abreast of absent trepanation and aware enough to forego. An interruption, and intermission. A contusion of the PMRC. Another law broken. Bruised bones and id empris id tore the wings off Galileo's ship but that man's bathos never seduced the corporals into cathexis or higher judgment. He was a fur blowjob in Voltaire’s robes, yet the emperor bares still no clothes. Dogmatic in stature, a ruling class ruing the day of revolt. Stand up and stick to the prick of the rose bouquet, covered in cuticle scars and AP-SEC cabaret. Never has the neonecropopulace embraced our citadel of exegesis—but tomorrow is the new today. So please help me in halting [REDACTED] from going stag to the blushing Congressional cabal. Insouciance and essence can raze the czar. Thank you. Thank You. THANK YOU.