Smoke, Drink, and Eat as Much as You Like

Or instead, vote progressive. 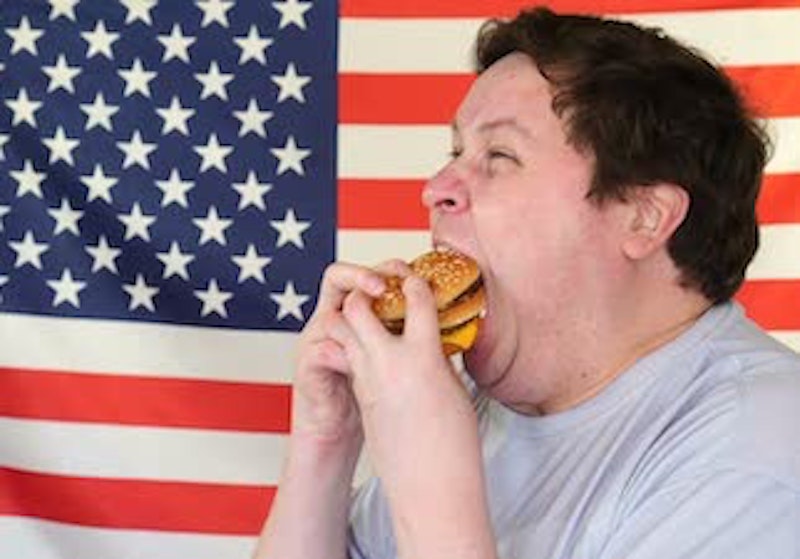 “I think people should be allowed to smoke, drink, and eat as much red meat as they like,” said Sylvi Listhaug, Norway's health minister recently. “The government may provide information, but I think people in general know what is healthy and what is not.” That’s my sort of health minister: the person who approaches me with a basic respect for my autonomy and opinions, and acknowledges my right to control my own body. Which is nice, because I've only seen the other kind.

As I gazed upon that quote, I knew the truth already: Listhaug could only be a right-winger. (She's from the “anti-immigrant” "Progress Party," and came by the health portfolio as part of the sort of coalition often cobbled together to create a government in a parliamentary system.) Only a fringe figure could suggest that you should be allowed by your government to eat what you please.

People are outraged by Listhaug's declaration, but let's contemplate what that outrage signifies. They’re asserting directly that you shouldn’t be allowed to smoke, drink, and eat as you like and that the idea that you should be deciding what to have for dinner tonight is a shocking outrage. They’re indicating that, for the good of us all, they’ll force you to eat, drink, and smoke in whatever way the government prefers.

You might take that as one reason why leftists, even in Scandinavia, have been losing elections. Putting it mildly, progressive politicians of this ilk lack the most basic human respect for their constituents. They’re opposed to equality in the following sense: they’re sure that they know more and are more rational than the people they aspire to govern and coerce. They know what's best for you, as you so obviously do not, you ignorant, vice-addled peasant. Then they wonder why the same people they're sneering at and forcing to behave would vote to get them up out their faces. Indeed, they're just saying your face belongs to them.

The problem with progressives, socialists, and the like, is blatant. They’re authoritarians, and they despise the people they intend to govern. That such people should be directly oppressed and subordinated down to the level of their everyday bodily activities is supposed to be self-evident. When you get right down to it, I'm surprised that anyone could get elected by anyone to anything with a program like that. The PR attraction runs like this: people like us should control people like them. You might not know this about yourself as you vote, but you're "them."

I will be a progressive (because I agree with many of the values they're pushing, such as feminism and anti-racism) if progressives ever learn anything other than condescension and coercion as methods to bring about the changes they contemplate. But progressive authoritarianism runs deep.

Commenting on Listhaug's rudimentary respect for human autonomy, Anne Lise Ryel, Secretary General of Norway’s cancer society (Norway's cancer society has a Secretary General), declared, “This will set public health efforts back for decades, and… will compromise the general understanding among Norwegians of the health consequences of tobacco and alcohol use.” Obviously, Ryel is a lot more like what you'd expect in a Scandinavian health minister. Sometimes, it's hard to tell the cancer society from the Puritan theocracy; they're both definitely coming for your vices.

Ryel's position sounds commonplace, but think about it for as minute. She thinks that a stray sentence from the health minister is likely to change people's habits immediately, that people will hear what Listhaug says and start smoking, or eat themselves to death with hamburgers. She shares the widely-held position that people decide how to live by looking for an authority figure to tell them what to do, and also the position that people like health ministers have amazing voodoo powers, their merest casual sentence transforming a whole nation's values or behavior.

At any rate, Ryel and all those outraged by Listaug's anodyne expression of basic human respect are flatly making a direct assertion: you shouldn’t be allowed to smoke, drink, and eat as you please. You should be allowed to smoke, drink, and eat only as we please. If we let you make your own decisions with regard to your body, that will set us back decades, to the point before this authoritarian system was even in place. That’s obviously outrageous and unacceptable. So we're going to need a number-of-hamburgers per week law.

And we're going to need health ministers—and ministers of anything else—who are committed to controlling people, and voters who are committed to being controlled. You should think it self-evident that you should be controlled: that's the only rational position, backed by science. You should vote to be controlled: in your bathroom habits, maybe. Anything else will set us back decades, erasing all the progress we've made. But people voting to destroy their own autonomy are voting against their own self-interest in the most direct imaginable way short of casting a ballot for their own execution.

I'm not sure that insisting that they should do that for the sake of progress is going to win you the next election.