I used to be a supporter, but it's hard to get excited about someone who has little chance of winning. 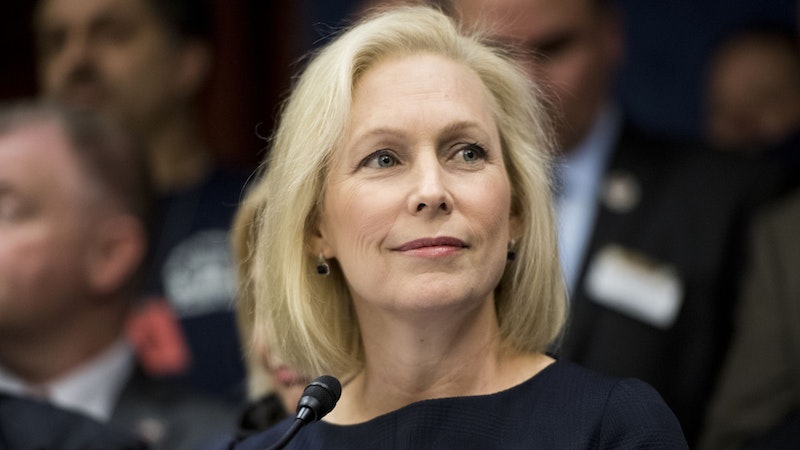 The primary season hasn't been kind to New York Sen. Kirsten Gillibrand. Since she announced her presidential candidacy in January, she's gone precisely nowhere. Pete Buttigieg, the unknown mayor of South Bend, Indiana, strolled in and got a sexy photo-shoot in Vogue, a lot of Hollywood money, and poll numbers that rival Kamala Harris and Elizabeth Warren at eight or nine percent. Meanwhile, Gillibrand has languished at around one percent, ahead of Washington Gov. Jay Inslee but behind… well, at least a dozen people at this point.

I was initially a Gillibrand supporter. I admired her willingness to speak against sexual harassment by powerful figures like Al Franken and Bill Clinton. I still like her, but I don't think she'd be my first choice right now.

I'm less enthusiastic about Gillibrand in part because it's hard to get excited about someone who has little chance of winning; I find Mike Gravel somewhat appealing too, but I'm not planning to be his other voter.

Beyond that, Gillibrand's initial policy moves have been a mixed bag. She's come out with a decent reproductive rights policy. But she also co-sponsored legislation to severely limit prescription access to opioids. That's a proposal that would make life a misery for many chronic pain patients, who are already ill-served by a health care system that treats them as criminals. Chronic pain sufferers are always left out of the discussion of the opioid epidemic, so Gillibrand's indifference to their plight isn't a surprise. But it doesn't make me want to vote for her.

Mostly, though, my allegiance to Gillibrand has wavered not for anything she's done, but because Elizabeth Warren's campaign in recent months has been dazzling.

Warren started her bid for president on a horrible note, when she used a DNA test to try to justify her earlier claims to a Native-American identity. She apologized to the Cherokee Nation, afterwards, and has clarified that she’s not a member of any tribe. Still, it was disrespectful, and raised legitimate questions about her good faith and judgment.

After that ugly episode, though, Warren has focused on detailed and exciting policy proposals. Last week she came out with a $100 billion plan to address the opioid epidemic—and unlike Gillibrand's proposal, Warren's is focused on funding treatment, rather than on restrictions that would mostly harm pain patients. She's also proposed an aggressive free childcare policy for kids up to five years old.

The position that’s received the most attention is Warren's plan to make state schools free, and eliminate student debt. It's a model for progressive legislation. Aid is pegged to income—those with higher earnings get less debt relief. And it targets racial disparities by including substantial funds for historically black colleges and universities. Warren pays for the program by taxing “ultra-millionaires.” Like most Americans, I’m a fan of soak-the-rich policies.

Warren's also forthright about the need to impeach Trump for obstruction of justice. And, despite media claims that she's uncharismatic, I think she's charming and persuasive in videos and campaign spots. She does straightforward folksy earnestness without Biden's smarm or Sanders' crotchetiness. I don't have any trouble seeing voters pulling the lever for her.

Warren’s had a small polling boost recently. She's still only around eight percent or so, but that puts her in the top four contenders, more or less. She's not a favorite to win at this point, but she's close enough to hope, which isn’t’ the case for Gillibrand.

I still prefer Gillibrand to Biden, Buttigieg, Beto, Booker, and possibly even Sanders, as well as most of the other candidates whose names don't start with B. But the point of a campaign is to give voters more information about the people who are running. It's early, but Warren's already shown she'd be an excellent president. Despite my early interest, Gillibrand hasn't convinced me.