Another Psychotic Deconstruction of Karl Marx

In a word, Marx was a shitlord. 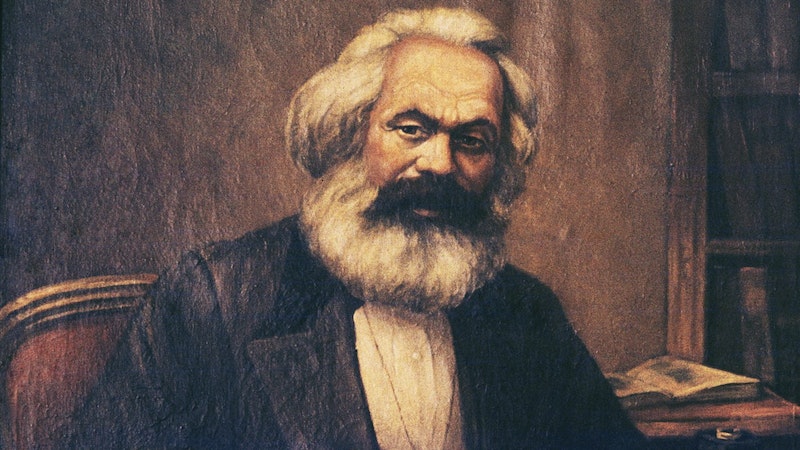 Karl Marx was a shitlord. He was anti-Semitic, and had a problem with the elite. Dividing people into the working class and bourgeois, he envisioned a society in which the former could overthrow those in power. The problem is that Marx didn’t account for people who transcended class, traveled throughout the classes, decided that all of the classes were useless, etc. Take Max Stirner, a fellow anarchist who pioneered Individualist Anarchy in his magnum opus The Ego and Its Own. A predecessor to Nietzsche, Stirner was kicked out of his student activist club for cynicism. At least that’s the story we tell around the campfire.

While Marx had some good ideas on deconstructing power, he had no idea what was going on with people who didn’t fit into a class binary. He could only envision a world in which one group overthrew the other, and didn’t account for the circus of the petit-bourgeois fighting among itself and kicking down members of the upper-working-class. He also didn’t consider the possibility of the working class and aristocracy bonding through a common hatred of the bourgeois, yet this is technically what started every revolution in history. Marx was a shitlord, but today he would’ve been a fan of Chapo Trap House who secretly read Counter-Currents. This is why Zero Books continues to chase the windmill of his corpse.

While the center right (re. robots) will attack Marx merely for hating capitalism and success, a critique of Marx that isn’t an ethno-nationalist polemic is needed. There’s always the literal deconstruction of Karl Marx, which involves vandalizing his memorial statue in London. Don’t get me wrong here. I think that Zero Books is the industrial equivalent of Combichrist and that I’m somehow early Skinny Puppy, but my intent isn’t to cause a rift. I’d merely like to propose a constructive solution in which class can be broken down without regulating the outliers to a nazbol ghetto in which we are forever called degenerates by the alt-right and alt-right by the social activists. Strasserists are trans on Twitter now, and this pisses off modern brownshirts, (good!) but what about the cisfolk?

I don’t believe the solution to all of this madness is class warfare, yet a new secessionist group that’s not confined to traditional definitions of economics is clearly needed. Now, more than ever, we require a new movement united through a common understanding of the machinery of both politics and metaphysics. I consider this approach beyond-the-center. Not left, not right, and not center—but a higher grid on a new occult spectrum of metapolitics. Breakaway nations of the mind, so to speak.

Marx defined a philosophy that influenced a lot of modern academia, yet replacing him with enlightenment centrists is hardly the best solution for outcasts such as myself. Cats must learn to herd themselves in a world of dogs, or we’ll forever lose our small art space and be replaced by the Starbucks coffee shops of the world uniting. A completely new position is needed. Perhaps this is something like what Alexander Dugin suggests, but without the traditionalism and 4D Russian government chess. The 5th Position—also known as The 23rd Position or the Chaos Current—is a way to defeat Marx on his own battlefield. Nevertheless, before his statue in London is vandalized a third time, we should understand both the tragedy and farce of his first two literal deconstructions.