The coronavirus pandemic is like watching a terrorist attack happen over months rather than minutes. 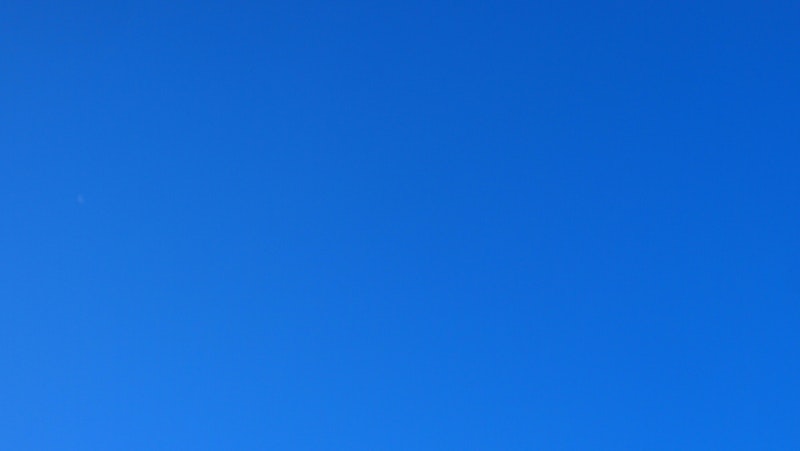 There’s no analogy for what’s going on right now. There’s no precedent in anyone’s memory—in fact, just outside of it: the 1918 flu pandemic. Unlike polio survivors or veterans of various unjust wars, there’s no one alive to tell us how to act and how to prepare for a pandemic. The paradox right now, as Emina Melonic wrote yesterday for Splice Today: “One group is so committed to following the directives of the government and are perfectly fine with a sacrifice of liberty; another group understanding that the virus is real, recommends taking the necessary precautions, yet remains vigilant about the government intrusion on liberties; and finally, a group that dismisses the severity of the virus completely and is only interested in preserving liberties. This has fractured relationships among people, and divided Americans even more.”

The only event in our lifetime that compares is 9/11, and even that’s an improper analogy. But the last week has been miserable precisely because of the paralyzing uncertainty that covered the country like an asbestos blanket for 18 months, about as long as the worst-case scenarios for COVID-19 play out. 9/11 was an acute event, over before we knew it was over. This is the thing to remember for people who didn’t live in New York City in the aftermath: no one thought that 9/11 was the end. The rest of the year and almost all of 2002 was waiting for the other shoe to drop. I mean, it’s inevitable, right? But for the rest of the country, that fear wasn’t there, and if it was, it probably wasn’t justified (as many said at the time, I doubt bin Laden cared much about Akron). Indeed, by the end of 2001, America could relax.

The difference is COVID-19 isn’t an acute event. The aftermath won’t begin for nearly two years. The event itself will last that long. It’s like watching 9/11 happen over the course of months rather than minutes, with Americans arguing over how low that plane is flying, what kind of plane is it, and then arguing about whether or not they’ll fall, and if they do, which way? Forward? Down? All over the place? I don’t use this frivolously—remember too, that for the rest of 2001, the death toll at the World Trade Center was assumed to be much higher than it ended up being (10,000 people was the common estimate).

Melonic’s point is precisely what makes this situation so anxious and uncertain: there’s no reason an indifferent virus should be scarier than irrational terrorists. We know how to not get sick: stay inside at much as possible, keep away from people you’re not regularly intimate with, wash your hands with soap and water for 20 seconds, don’t touch your face, and clean your phone, clothes, and keys as soon as you get home (if you have to go out). Wither the extroverts who live for karaoke and messy nights at The Crown or depressed upstairs at the Ottobar, who must surely be tying their nooses already. I lost my mind late last week after not leaving the house for a few days and what could I do? Bite through it. I have before, but I was a kid—things like this are harder to handle and harder to get through as an understanding young adult.

So now President Trump wants everyone to go back to work by Easter. Anthony Fauci will surely prevent that from happening, and I don’t think Mike Pence is willing or stupid enough to kill millions of Americans for a brief market spike that will just as quickly vanish. It will be Hoovervilles and mass graves. But who knows for sure? Again, this is like watching a terrorist attack or a disaster happen in extreme slow motion—what if the Challenger broke apart gradually over an entire season, and took all of July to explode? What if one unknown duo was responsible for dozens of school shootings beginning with Columbine in 1999 and climaxing with Virginia Tech in 2007?

It reminds me of Alfred Hitchcock’s definition of “shock” over “suspense” and their respective effect on the audience: suppose you have a table full of military personnel. Five seconds into the scene, a bomb goes off, killing everyone instantly and shocking the audience for a brief moment. But suppose you tell the audience that there’s a bomb under the table and that it’s planned to go off in five minutes? The suspense of that situation is what’s agonizing, regardless of the identical result. In those five minutes, we don’t know how many people the bomb will kill. We don’t even know if it’ll go off. That’s what this crisis feels like.

The only winning move is not to play. Don’t go to the grocery store unless you have to, don’t take cabs or Lyfts or Ubers, take walks or hikes for your sanity, call people, and when you get home, take everything you’re wearing off and leave it in the designated corona corner of your house or apartment. Wash your keys with soap and water. Disinfect doorknobs and surfaces upon which our bodies touch in all spaces (like Brace Belden and Liz Franczak of TrueAnon said recently: “Coronavirus has done the impossible: banish ‘bodies’ and ‘spaces’ from neoliberal conversation and woke discourse.”).

What’s most difficult about the proper response is that if done properly, it’ll look like nothing is happening or changing. Americans have been quarantined for less than 10 days and even the most enthusiastic self-isolators are really starting to lose it. The solidarity needed to survive an indifferent and microscopic enemy is nowhere to be found in post-truth America, or really a post-truth world. There’s no consensus on how to fight the easiest enemy in the world, and that cognitive chaos and dissonance will traumatize and kill a significant amount of people, either from suicide or breakdown or panic exposure to COVID-19. Limit your contact points and get some solo exercise, and, dare I say, pray for love, as my President Marianne Williamson advises every day.