Just like 2008, It’s unlikely America learns anything from this disaster. 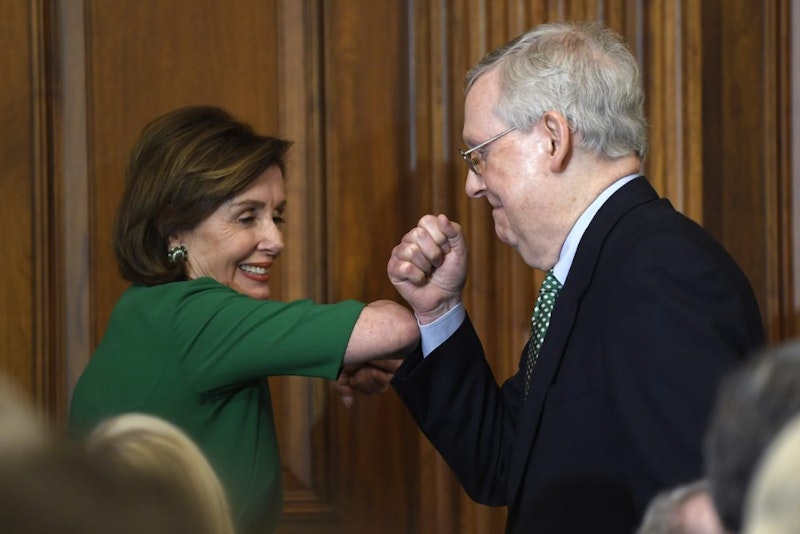 COVID-19 is a disaster, but it could produce decent policy. Millions are out of work, and the United States is in a peculiar situation.

One can’t help but feel awful for all of the workers and businesses displaced because of this pandemic. It’s unfair to the world that people are dying because some people in Wuhan, China ate bats a few months ago.

We’re likely in a recession because of it. For anyone other than Bill Maher, that’s bad news. There is one small upside: the potential to produce long-term societal changes to combat the pandemic. The easiest change to spot is more people working and learning from home. This is something the government should incentivize to stay permanent. These measures save time and money, and reduce traffic and carbon emissions. People working from home will soon realize that a 40-hour a week job doesn’t take 40 hours, while students will realize sitting in a lecture hall doesn’t improve their educational experience.

As fellow Splice Today contributor Oliver Bateman tweeted earlier this month, there’s an easy way to conduct education online. "One video watched by millions, self-grading tests, and a device on the laptop that tracks clicks and engagement." It sounds like it would save a ton of money and could be free to the public. If someone cheats and comes out of it knowing nothing, they’d just hurt themselves.

Other changes we see include medical licensing reciprocity across state lines, letting restaurants sell takeout alcohol, and possibly no spring college sports this year. Good. Make those changes permanent. Stringent occupational licensing laws are job killers and a downside to federalism. Giving someone a Shock Top Belgian White draught in a to-go cup will not cause a DUI. And most college sports are a fiscal burden.

Some communities aren’t prosecuting various crimes. I disagree with letting thieves and vandals off the hook, but maybe communities will take a hard look at what types of crimes should be criminal. Smoking weed, doing shrooms or vaping shouldn’t be among them.

The virus also has the potential to change public opinion on many larger issues.

Doctor and nurse shortages? Thank God aspiring ones have to take those gen ed/elective courses in college and aren’t ready to help yet. And the supply chain for United States consumers? Cut China out of it. They said they’d consider withholding medical supplies from us. How could anyone trust a country like that to provide us the resources necessary to manufacture military equipment or to be dependent on them for food? National security trumps the $1 yoga pants for sale on Alibaba. Other countries have cheap labor too.

Here are some more observations I hope the public considers. With blood shortages and ways to test blood for HIV/AIDS, not letting gay men donate is hurting us. With no sports going on in the United States, taxpayer-funded stadiums are looking like a poor investment. Income is down and housing is expensive. There are plenty of great cheap house designs on YouTube that are not legal to build in many communities because of stringent zoning laws that also require people to buy more land than they need.

It’s not the time for political correctness. Vice and Nancy Pelosi notwithstanding, in the age of the Wuhan virus, sex change operations and forced diversity are not priorities. And the national debt? It’s unlikely America learns anything from this. The Great Recession didn’t change our country’s attitude despite a large stimulus and bailouts.