Her coverage of prison conditions will become a major story in the coronavirus era. 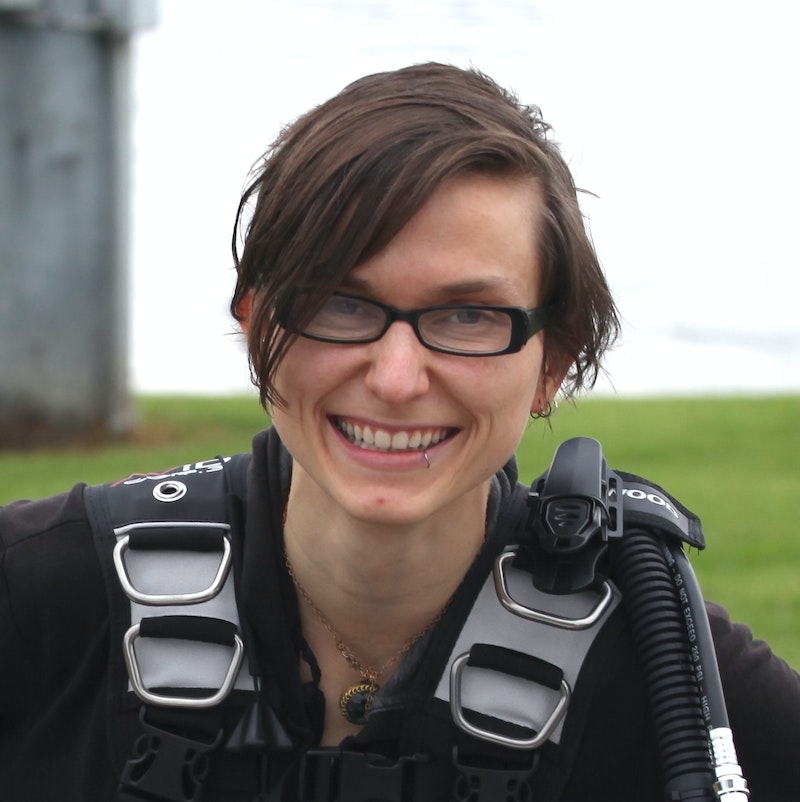 Today's media abounds with hot-take artists. Deadlines are tight and there's little time for actual research, so editors turn to them for some simplistic moralizing that might be provocative. I'm referring to what my Splice Today colleague, Oliver Bateman, calls the "hot take industrial complex." All the hot takes are an empty exercise that add up to about nothing, so it's refreshing to find an old-fashioned journalist doing serious reporting for a living—someone like Keri Blakinger, who specializes in covering prisons and prosecutors, and who has an astounding backstory. Once incarcerated, she brings a unique perspective to her work.

Now with The Marshall Project, a non-profit news organization focusing on criminal justice, Blakinger previously covered criminal justice for the Houston Chronicle. Her work has also appeared in the Washington Post Magazine, VICE, the New York Daily News and NBC News. This reporter stands out from the journalistic pack in a number of ways. For example, she identifies herself on her Twitter profile as a "felon." She's not trying to hide the conviction she got when, as a student at Cornell University, she was busted while walking down the street in Ithaca, New York with a Tupperware container stuffed with six uncut ounces of smack. Her pockets contained an eight ball of coke and 20 80-milligram Oxycontin pills. That was quite a comedown for someone who, in high school, had had ambitions to become a figure skater in the Olympics. But after she lost her male skating partner at age 17, Blakinger spun into a depression that led to addiction. Her drug bust came just days before she was about to complete her degree.

That was in 2010. While Blakinger was imprisoned, the property manager of her apartment gave her dog to an animal-loving couple who took care of her for the two years she was locked up. The first thing Blakinger did upon being released from Albion Correctional Facility in upstate New York was to go to see Charlotte. The couple had fallen in love with the dog, but they gave her back to the ex-convict.

The reason that Blakinger got the dog was related to the fact that she'd jumped off a bridge in 2007 on the Cornell campus in an attempted suicide. It was a 98-foot drop, but she landed on a mossy rock and slid, ending up with only some busted vertebrae. Blakinger said she doesn't recall feeling much pain, but does remember the branches on the way down and being angry that the fall didn't kill her. I grew up not far from Cornell, and that bridge—the Stewart Avenue Bridge—seemed to make the news every year after a despondent student who'd just flunked organic chemistry ended their life at the bottom of it. The person Blakinger was dating at the time told her she should get a dog to help her keep her mind off another suicide attempt. It was good advice. Blakinger bonded with Charlotte and turned away from self-destruction.

Blakinger made a remarkable comeback. She kicked her drug habit behind bars, completed her degree, and became a journalist. But she's not the modern sort of journalist subsisting on "hot takes.” On the contrary, Blakinger believers in what she writes. Her experience behind bars has given her empathy for others who've also been caught in the criminal justice system.

When she got to Houston, Blakinger decided to write about a topic she didn't think was being covered—Texas prisons. How prisoners were being treated was of particular interest to her. She'd been placed in solitary confinement three times while in prison, and had also seen first-hand that medical care for the incarcerated was an issue. Being alone in a cold room with no clock and nothing to do was something Blakinger compares to being buried alive. Many are under the false impression that solitary confinement is no big deal. In fact, it's legalized torture.

Blakinger's reporting has led to several prison reforms, including a move to use 3D printers to provide dentures to prisoners. Previously, those prisoners were fed with cafeteria food that was blended for easy consumption. Maybe our worst violent felons deserve to live that way, but not the majority of the incarcerated. Now Keri Blakinger's become a major source for a story that's about to get huge—coronavirus turns prisons into germ factories. Inside a penitentiary, many basic disease prevention measures are either against the rules—the most effective hand sanitizer contains alcohol, so it's banned—or not possible. Some are forced to share bathrooms. Access to soap is limited, and many sinks are broken. Just washing your hands isn't easy, so it's easy to see where that's going to lead.

All the hot-take specialists can continue to tell us why white women can't be allowed to learn how to make tacos in Mexico and then open a taco restaurant in Portland because it's cultural appropriation. They can parse Trump's tweets and say he's not going to leave the White House if he loses in November, or "explain" the world like Vox does in a condescending manner from its pricey New York City offices. What they’re doing, in the end, is self-serving and disposable, and largely meaningless. I read Blakinger because a 100-foot drop into a Cornell gorge couldn't stop her, and neither could heroin addiction or a felony conviction. I read her because she's writing about an important topic (the American criminal justice needs serious reform) that's soon to become a major societal concern, and because she's found a way to "give back."