No banding together in this crisis. 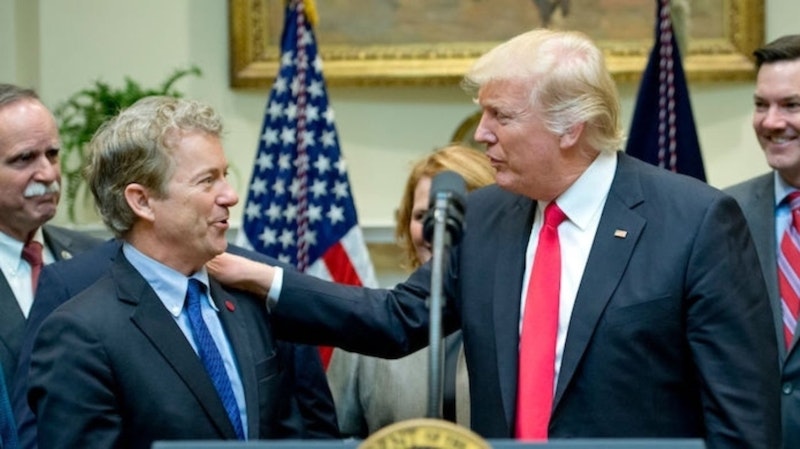 Determined never to let a good crisis go to waste, pro-government types have pounced on the (real) coronavirus crisis to push increases in government power whether they make sense or not. Since many of these people are awful, they also tend to have no problem imposing restrictions on the rest of us while behaving irresponsibly themselves. That combo is the essence of the modern left.

New York City’s communist mayor, Bill de Blasio, has basically called for nationalizing the hand sanitizer industry and presides over a metropolis in near-total shutdown—yet he has continued going to a public gym, one of our culture’s slimiest petri dishes of inadvertently shared body fluids.

But then, conventional wisdom about how to respond to CV has been changing quickly. Right now, the left is so loud in denouncing Trump for “not doing enough,” I’m sure they’ve nearly convinced themselves he caused the virus. Yet recall life as recently as last month, when these same people called Trump a racist for thinking travel bans and quarantines might prove necessary, whereas liberals like New York City Council health committee head Mark Levine were cheering large, dense public gatherings of celebrants in Chinatown, celebrants determined to show they fear no infection and will not bow to racism.

As the site CityAndStateNY put it one month before that, commenting on Levine’s then very socially-interactive run for Manhattan borough president, “Mark Levine Has 1.7 Million Handshakes to Go.” Time for a strategy shift, surely.

But before all the politics, my first philosophical allegiance in life, in my early teens, was to stoicism—remain calm and rational—and then to skepticism, the pro-science movement that stresses the importance of putting evidence before emotions. I genuinely want suffering minimized in (and long after) the current crisis and am not obsessed with turning this into an opportunity to smash old foes.

What, by contrast, is going through the warped, angry mind of Speaker of the House Nancy Pelosi’s daughter Christine, who chose this time to tweet “Rand Paul’s neighbor was right”? The “reasoning” gets hard to follow, but it sure looks as if Paul is now just hated for testing positive for CV.

This episode, for those keeping track, comes some time after Paul and other Republican members of Congress were shot at by a Bernie Sanders supporter and after Paul was tackled and had some ribs broken by that violent neighbor to whom the Pelosi daughter now refers. All this was well after outfits like Demos and Salon spent most of the mid-2010s posting (often amateurishly inaccurate) articles about libertarianism being evil, which can’t have helped boost overall civility.

Even on the specific narrow issue of Paul’s relationship to CV, the turn-on-a-dime hypocrisy of the left is a wonder to behold. First, they were enraged that he’d gotten tested for CV, jumping the line, when so many have not—even though that aforementioned neighbor-attack has left him with one of his lungs badly damaged, putting him at greater risk, even as his high-profile job makes him more likely to contract or spread the virus. How dare he get tested, they nonetheless fumed?

Then, brace yourselves, once he tested positive, the same people hated him for having gone days without knowing he was carrying the virus—something he would never have known had he heeded the haters’ earlier advice, as he notes here.

I honestly, cautiously must suspect that this fast-shifting rage has nothing to do with public policy or rational arguments and is more akin to the tragic medieval practice of blaming doctors for diseases, leading to the recently-popular imagery of beak-masked “plague doctors” who seem to mix the hope of healing with the shadow of the grim reaper. Frightened people aren’t quite sure who or what they hate, nor why. (Please don’t give them more political power.)

Some people on both sides of the political aisle were earlier angry at Paul for trying to offset the impending CV spending by calling for a vote to end the Afghanistan war, though I think I vaguely recall the left seeing ending the war as a good move back before they noticed people like Rand Paul support the idea. Meanwhile, one of my most partisan-left acquaintances cheers the Democrats for refusing to pass an anti-corona bill because he sees it as a GOP slush fund, but the Dems holding it up to stick in things like funding for election auditing is just fine, I guess.

But hey, regardless of who derailed what when and why, I’m virtually always in favor of preventing legislation, which is invariably filled with pork and idiocy, so no real complaints here if things in Congress are stalled.

Meanwhile, sounding like the eerily convincing villain in Godzilla: King of the Monsters, actor Idris Elba muses that CV may be the Earth’s necessary response to the evil infection that is humanity (and I don’t think he means because Chinese communism leads to bioweapons labs adjacent to unhygienic food markets). So, if someone like Rand Paul suggests wasteful spending may not be an effective way to save lives, he’s a heartless ghoul and deserves a beating. But if Elba muses about scourging the Earth to eradicate homo sapiens, he’s a sweet eco-conscious celebrity hunk with a heart of gold.

So it goes in this rickety lifeboat full of sworn enemies. Let us hope nothing else goes wrong.