Next on the Senator’s list: The New York Times. 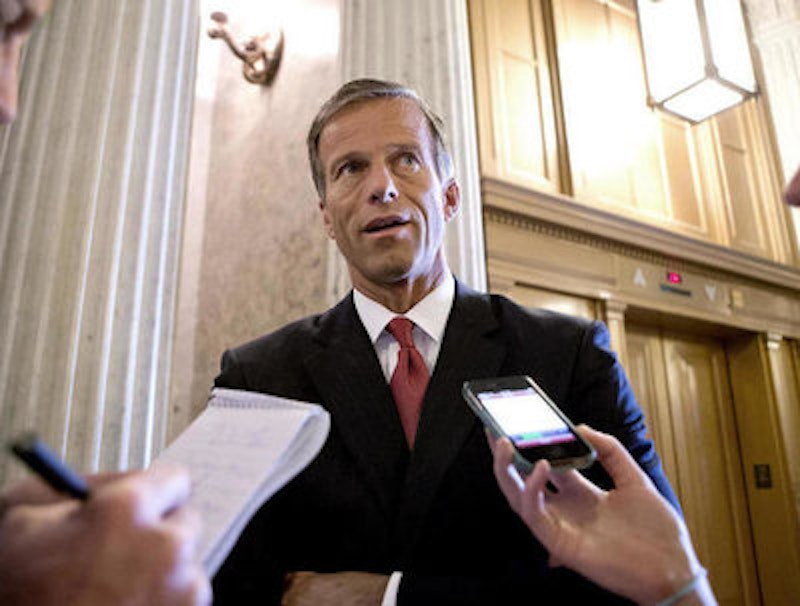 Facebook’s become the latest social media company to come under scrutiny for allegedly suppressing conservative voices. Twitter has also faced similar allegations. Gizmodo broke the story after interviewing several former members of the "curation" team, a group of journalists made up mostly of recent grads of elite East Coast universities that picks the stories to appear on the Facebook trending news feed.

Mark Zuckerberg's politics are not entirely clear. Some consider him a liberal, others a conservative. His lobbying group, FWD.us, has run ads in support of the Keystone Pipeline and against Obamacare, putting his liberal bona fides in question. A handful of disgruntled former Facebook workers, who were hired as independent contractors, told Gizmodo that stories about Mitt Romney, Rand Paul and CPAC were regularly quashed. Gizmodo interviewed other former curators who denied any such bias existed, and there’s no way of determining whether or not liberal news topics were also pushed aside, or that particular curators were acting at the instruction of Zuckerberg & Co.

Maybe the whistleblowers were unhappy that they weren’t treated with the proper Ivy-League respect. The Gizmodo article says Facebook doesn't respect journalists, and it quotes the disaffected former workers as complaining about "grueling" work conditions and "humiliating" treatment, without offering any details, and being treated as "disposable outsiders." They weren't welcomed as one of the gang at the eight p.m. company happy hours, but that's par for the course if you're brought on as a contractor.

It does appear that Facebook managers instructed curators to "inject" stories into the trending module that the algorithm didn't show were trending. This is hardly surprising, in light of the fact that the Malaysian Airlines flight MH370 story and the Charlie Hebdo murders weren't picked up very quickly by the algorithm.

South Dakota’s GOP Sen. John Thune, Chairman of the U.S. Senate Commerce Committee, which oversees media matters, feels something nefarious is going on in Menlo Park. He's sent a letter to Zuckerberg stating that, if the allegations are true, Facebook's "open culture" and mission to "make the world more open and connected" are being compromised. Thune’s demanding to know what steps Facebook is taking to investigate the allegations, and he wants to know how the perpetrators will be held accountable if bias is revealed. Here's one of his questions: "How many stories have curators excluded that represented... topics of interest to conservatives?" How could anyone answer such a nebulous question without a specific list of these special topics only conservatives like? Looks like pure showboating to me.

Thune instructed Zuckerberg to provide answers to five lengthy questions no later than May 24. Facebook is also to arrange for its staff to brief the Commerce Committee on the matter. This is puzzling if you read the 2007 screed he wrote in Real Clear Politics, where he railed against government regulation of "news, information and ideas" in the name of "fairness." Thune reminded readers of the Founding Fathers' ideas on freedom of speech, while including himself among those fighting to preserve it at home and in the many "dark corners around the world."

Who would’ve thought that, nine years later, Thune would prepare to turn his own committee into one of those dark corners? Whereas he once wrote that the Fairness Doctrine created a "chilling" effect, in the name of fairness, on reporting controversial topics, and that it "squelched free speech and public debate," he's now decided to do some chilling of his own.

There’s no more balance in the media now that Thune helped ditch the Fairness Doctrine, but somehow he missed this. I would guess he watches Fox News and notices that it doesn't offer a lot of coverage of "topics of interest" to liberals, despite its claim of being "fair and balanced," though it's unlikely he'll be calling Roger Ailes on the carpet.

John Thune is a stuffed shirt with a thin resume of legislative accomplishment to show for his 18 years in Congress. He looks presentable in a suit, making him a Dan Quayle type of politician. The lightweight specimen that certain people call an "attractive candidate" and mention as a possible selection for vice president. He's just laid out the playbook for getting a media outlet you have a grudge against investigated by Congress. Just go anonymously to another media outlet and spill some dirt. Then wait for a two-faced political opportunist like Thune to pick up on the story and, pretending to be noble, hypocritically abuse his power as head of a Senate committee to intimidate that firm you don't like.