Drudge, Infowars, and Breitbart vs. Liberty

The rebels have their authoritarian leader. 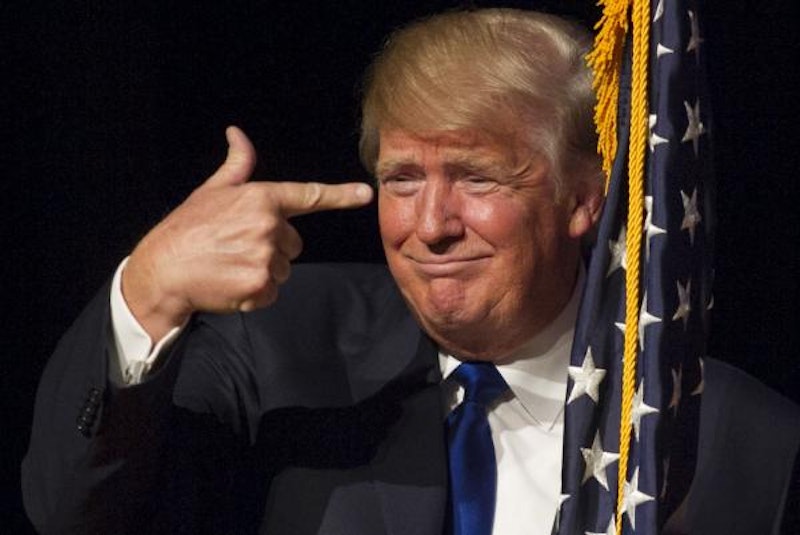 Many on the right and some within libertarianism really need to reacquaint themselves with the concept of the Pyrrhic victory these days.

DrudgeReport.com’s Matt Drudge, Infowars.com’s Alex Jones, and a few of the people at Breitbart have some decent instincts, and I think they mean well. They all recognize, at least, that the left is a threat to liberty. That’s a start. It doesn’t therefore follow that Donald Trump, who all three sites have shamelessly touted, is a friend of liberty, though (Islamic fundamentalists hate the left, too, you know, and that doesn’t make them our friends). I’ve rarely seen an American politician more eagerly spout authoritarian and anti-trade sentiments than Trump.

Yet Drudge adores Trump enough to compromise the usual “postmodern randomness” feel of his influential site in order to boost Trump—and in particular to slam Ted Cruz, who was Trump’s last significant rival on the right but a man who surely would’ve been a Drudge favorite under only slightly different historical circumstances.

Jones, always just a click or two removed from manic street preacher, hates Cruz so much that the hatred has bubbled over into a heightened animosity toward Cruz supporter Glenn Beck (not coincidentally a Jones rival for audience share). On the bright side, when Jones is angry, we reap the entertainment benefits in the form of things like this 16-minute-long, high-energy, unhinged anti-Beck rant in which Jones likens Beck to a gay vampire wallowing in his own love of evil, a shark (complete with humming of the Jaws theme), a cult leader, and even FDR.

The Breitbart crowd, always so proud to be edgy and provocative, sound like the fastest-surrendering of moderates when they run material like a recent column arguing that it shouldn’t upset conservatives if Trump is anti-trade because sometimes Ronald Reagan was, too. This is the kind of argument from authority one trots out long after one’s principles are dead. How about we try being truly radical and saying that any Reagan protectionist tendencies count as a strike against Reagan rather than an argument in favor of Trump? Never thought of that while you were busy pissing off p.c. college students, did you, Breitbart people, you useless protectionist socialists?

I never thought Drudge, Jones, or the Breitbartians had very carefully thought-out, clear principles—they’re too crazy—but it’s still odd watching them abandon those principles, however mushy, to back a lying, thieving, plutocratic, statist, authoritarian gasbag of exactly the kind they’d probably despise under almost any other conditions.

Closer to home—which is to say, among my fellow libertarians—I can at least take some perverse pleasure in seeing that some of the noisiest and most annoying libertarians, the ones who unhesitatingly worshipped Ron Paul but screamed that Rand Paul is a sellout for trying to work within mainstream Republican politics, finally find themselves united with Rand, since so many of them were at heart populists all along and thus now back Trump, who has been denounced by Ron Paul—the ultimate #NeverTrump politician—while poor Rand says, once more, he’ll play along with the system and endorse Trump come nomination time.

You guys sort it all out. I’m losing track of who hates or supports whom on the right now. I think I gave up around the time some conservatives started pooh-poohing the incident in which a Rubio staffer punched a Paul staffer in the face yet turned around and went ballistic over a Trump staffer grabbing reporter Michelle Fields’ arm for a split second.

If this is what the populist future looks like, you can have it, and all the Republican politicians and conspiracy theorists along with it. I’ll have more than enough to do just keeping track of infighting among the hardcore libertarians.