My Ride with Donald Trump

Joining the campaign of a lifetime gets ugly. 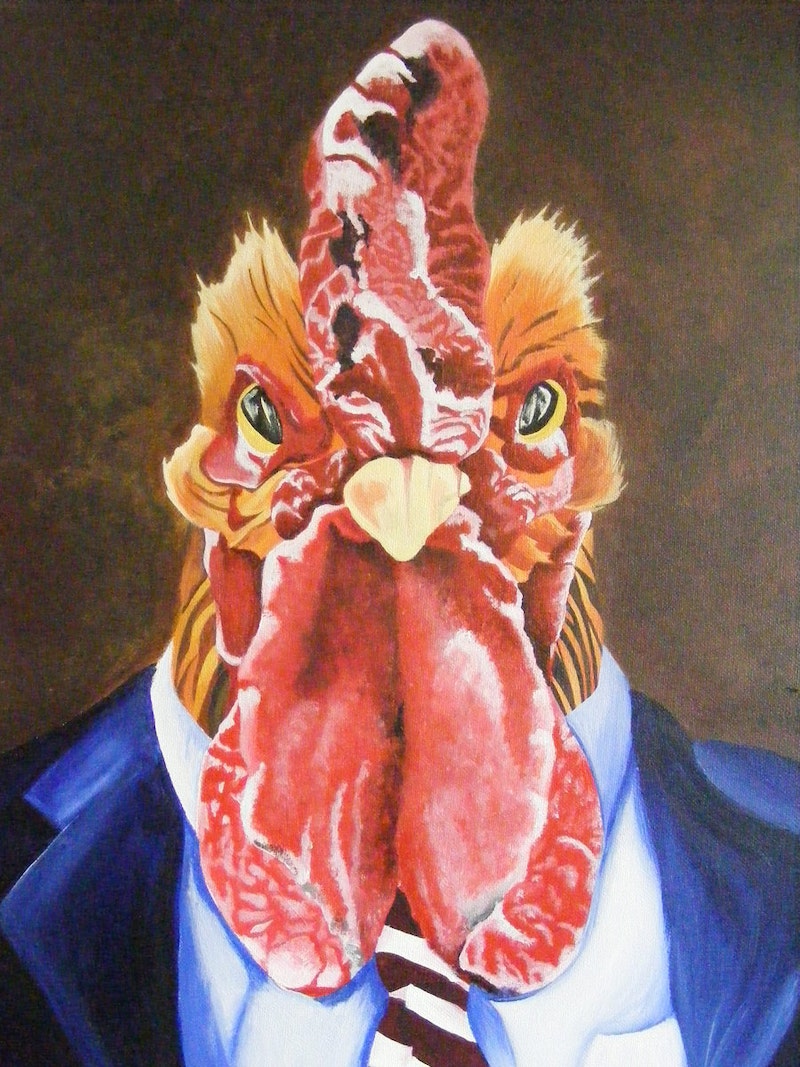 “No flat-chested woman can be a 10, Bennington. None. It’s not possible. It’s not possible. Look, you have someone like Jennifer Lawrence—okay. Okay. Look. She’s a very lovely girl, a gorgeous girl, wonderful actress, terrific. She’s not a 10. I don’t care what you say. She’s at best an eight, and that’s being generous. Frankly I wouldn’t even give her that.” I’m in the backseat of a Toyota Camry, and Donald Trump is sitting shotgun. His bald Czechoslovakian driver is doing a 100, 110 on the highway near Washington, D.C. How have we not been pulled over yet? Obviously there’s an arrangement: we’ve passed a dozen cop cars, and they all turn their lights off and stop in deference of our car, either by sign or by Donald’s license plate. This is so cool. I haven’t been a part of his campaign for very long but it’s really paying off for me pretty quick. I’m sort of well-known around where I live: upper Massachusetts, in a farming community. It’s very hip, full of hippies, Portlandia types. As in five years behind the curve. I had a rooster-bun hairstyle before anybody else on Bosnan’s barn, and my cousin Rooster was so mean about it. Even his wife Monica tried to knock it off my head with her spur claw. Bitch. Never did anything for me. At least I introduced her to The Strokes. Their first album, I mean. I wouldn’t personally introduce her to Julian. Ew.

I reach into my satchel and look for the coke. I pull out the vial with my feather and take a few toots, and Donald suddenly stops mid-soliloquy and gestures. “The vial, please. Bennington. Come on.” I hand it over, and he pours out way too much onto the back of his hand and hoovers it up right there. We’re in the city now, no tinted windows, and Donald Trump is doing my coke in his car, and I’m still not exactly sure what we’re doing. So I ask. “Oh, this?” He sniffs, straightens up, and hands me back my vial, and while he talks, I sniff the rest of the coke, a bit too much, but, um, when in Rome. “I need to take someone out. Well, need. I don’t need to take care of this guy, he’s just been bothering me. So, that’s what we’re going to do.” Oh, shit. Shit shit shit. I only wanted to do the cool stuff like spur claw and hen-pick journalists and protestors, not actually kill people.

My eyes are wide when Donald responds to himself “Oh no no no no, we’re not going to hurt anybody. Well, okay, hurt? Maybe emotionally. Maybe emotionally.” He turns around and surveys the scene. We drive by a posh restaurant, a brunch spot. One of my cousin’s favorites. “I don’t see him in there. Let’s go toward Capitol Hill.” We drive a bit longer and all of sudden Donald is all STEP ON IT STEP ON IT STEP ON IT I’M GETTING OUT I’M GETTING OUT! He throws a wad of $100 bills at his driver, and the coke makes me jump out with him. Fifty yards away, I see Donald pull something out of a car in front of us, something—someone?—even more orange than him. This man is sobbing. I mean, loudly. And then I see my cousin get out with the crying man. It’s John Boehner, and Donald Trump is slamming his head into the pavement. All I can hear him say between sobs as I run and Rooster and I meet eyes, all I can hear him say is “I’m being deported.”