Opportunists and the politically correct are outraged. 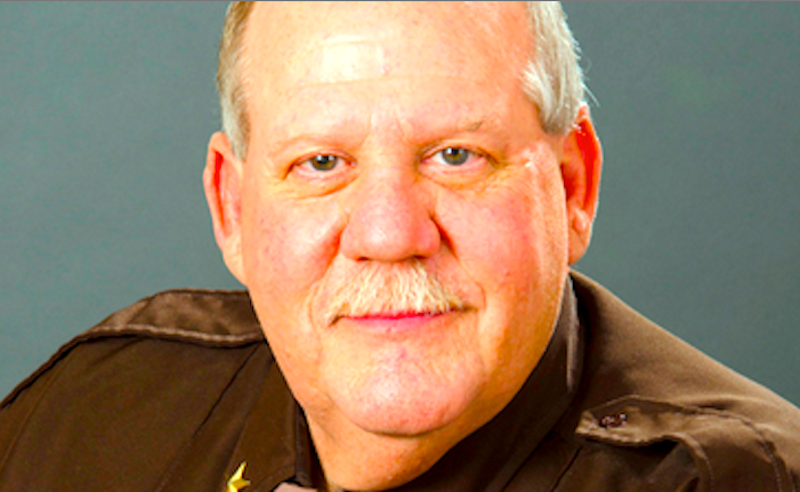 A major story in Richmond’s local news lately has been Dinwiddie County Sheriff D.T. "Duck" Adams' use of the word “nigger” during the interrogation of Michael Edward Elmore, who was eventually convicted of murdering 70-year-old Carter Northington, a beloved local character known as “can man.”

Elmore (who is white) was trying to blame the murder of the local can collector/recycler on a group of black men, and during an interrogation he told Adams (also white) that what he was telling him would get him in "more trouble with these niggers." The sheriff responded, "No, it’s not. We’re going to protect you. These niggers are not going to get you. You're not going to get in no hot water with no niggers. Tell me what happened."

Adams now finds himself on the defensive after being accused of acting inappropriately on the job. Dinwiddie County Commonwealth’s Attorney Ann Baskervill called on the sheriff to apologize, adding, "That is a word that is shockingly offensive. I was shaking, I was so upset. To hear it in an investigative context from the head of a law-enforcement agency is even worse, scary worse.”

Adams’ defense was that he was simply mirroring the speech of Elmore in order to gain his trust, as an interrogation tactic, and that he’d never use the word in any other setting. "I used his words. That wasn’t my words. I had him at a certain point, and I didn’t want to break that thought,” Adams said. Notice how Adams also said, "You're not going to get in 'no' hot water" to the accused, staying consistent in his use of vernacular English to come down to the level of his target.

As it happens, Adams, a Democrat, is preparing for an upcoming re-election in Dinwiddie County. Coincidentally, the two-year-old video was just recently released, making the sheriff suspicious about possible Republican dirty tricks. Attempting to appear friendly and bonding with a suspect is a common law enforcement tactic. In fact, it's a key element of the widely-used "Reid technique," which emphasizes such psychological ploys to gain a confession.

Adams' suspicions are reasonable, and the outrage expressed over his words appears rather manufactured. Does Baskervill really believe any word can be "shockingly offensive" in every context? Maybe she hasn't listened to much hip-hop music. Does she really expect us to believe she was shaking with rage when watching the video?

“There is a difference between a curse word and a racial slur,” the Virginia Fraternal Order of Police President Kevin Carroll told the Richmond Times-Dispatch. Correct, but Adams didn't have a curse word to run with. He had a slur and went with it, sensing a possible opening. Perhaps he could convince the murderer that he too was a racist, they could bond as racists, and the guy would talk more. That’s plausible.

The Virginia Sheriffs' Association said Adams’ use of the racial slur was unprofessional and went against law enforcement standards. That may be true, and it would mean that a trained professional would have to be more concerned about offending delicate sensibilities than getting a confession from a murderer, even in the setting of a private interrogation. I’d advocate for law enforcement standards that emphasized getting murderers convicted, above all.

Words become slurs only when there is intent to demean a group of people, and there are no words that can never be spoken. I despise people who use “nigger” as an epithet, but see no indication that this law officer had any intent to slur anyone. No information has come out that he’s had any history of racism. What I see is a lot of grandstanding.

Nigger’s a word to be avoided at all costs by white people, but if someone thinks it might help put a murderer behind bars, I say they should go for it and take the heat. It's behind closed doors and it's not the time to worry about political correctness. The offended people will soon get over it and go on with their lives, while the murderer gets locked up. That's a justifiable tradeoff. It's time to grow up as a society.

Dinwiddie Commonwealth’s Attorney Baskervill said that using “nigger” in this case was "the antithesis of justice." For an attorney, she doesn't have much of a sense of justice, trumping up an isolated incident, and assuming the worst about someone who has earned the benefit of the doubt.