The Marylander’s polling badly, but he might surprise in Iowa. 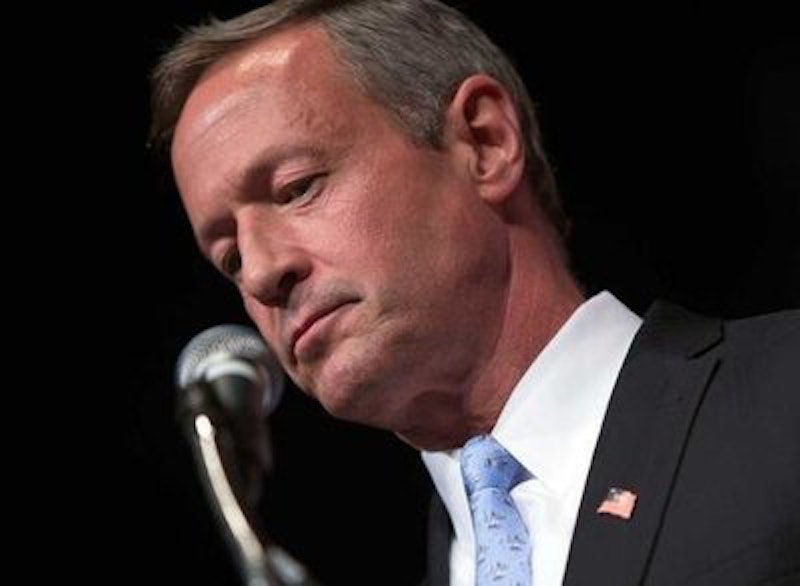 Maryland’s Martin O’Malley looked and sounded studly on the debate stage last week, which is exactly the impression he needed to convey his youthful message of new leadership. Though the night, by consensus, belonged to Hillary Clinton, O’Malley and Clinton were really the only two polished debaters among the five candidates on stage. O’Malley asserted himself and his record as forcefully as Clinton defended her many contradictory positions on issues.

The take-away was that nobody really blundered but that some, well, were just better than others. Consider the contrast. Sen. Bernie Sanders (I-VT), a rumpled leftover from the 1960s, is a passionate speaker but not a skilled debater. Former Sen. James Webb (D-VA) resembled the stiff-necked marine that he was as well as a “Nutcracker,” the ubiquitous wooden Christmas toy. And Lincoln Chaffee was out there, like Willie Loman, with a smile and a shoeshine and little else. The invisible presence, of course, was the Delaware Hamlet, Vice President Joe Biden. Biden may soon learn that America’s voters resent having their chains yanked.

But despite a couple of awkward tics, Sanders’ celebrated authenticity, though not the perfect presentation for television, beamed through with the most memorable and replayed line of the night—“The American people are sick and tired hearing about your damn emails”—a bouquet toss welcomed by Clinton. It was clearly Sanders’ moment to savor.

There are several platforms on which to judge the debates: the applause-meter audience in the hall; the pundits and the TV blowhards; focus groups; social media; and, finally, the actual polls a couple days later. Put another way, the debate is in the eye of the beholder. The candidate you support is the one who won.

The crowd for the CNN debate (15.8 million viewers, a record for Democrats) at Wynn Casino, in Las Vegas, was definitely red-meat Democratic. The applause was loud and raucous for a good line or an interesting thought no matter who the candidate was. The pundits and analysts awarded the evening to Clinton. A CNN focus group chose Sanders as the winner. Ditto Twitter.

And there was general agreement that O’Malley had a very good night, at ease and comfortable except for a tense moment or two when his voice seemed to get away from him in search of a higher octave. O’Malley did not, however, achieve the breakout moment he needed to lift his candidacy which has been overshadowed by Sanders who has co-opted the Democrats’ left flank. Some have argued that O’Malley’s appearance was stiff and forced. But to add to O’Malley’s stud offensive, Twitter fluttered with textual innuendoes over his physical attributes.

There was no doubt that O’Malley’s summary statement was clearly the most compelling and winsome of the five. It came across as genuine, heartfelt, inclusive, forward-thinking and, above all, patently progressive and Democratic, the primal scream of the party’s 2016 elections. It was constructed to offer a sharp contrast to the comic-opera Republican debates and to deftly expose the shallows of the GOP gallery of candidates.

As was his assignment, the debate’s moderator, Anderson Cooper, guided the debate into a face-off between Clinton and Sanders, sequentially numbers one and two in the (national) polls. The remaining three were often left dangling at the margins of the encounter until they were invited almost as an afterthought to chime in.

It’s understandable why O’Malley has been clamoring for more debates. He’s very comfortable with the format. He’s learned to schmooze the camera and look right down the barrel at the folks at home in their Barcaloungers as well as to speak the language of the guys in the sports bars chugging down Natty Bohs. As the legendary anchorman John Chancellor observed, “The trick to television is sincerity, and once you learn to fake that you’ve got it made.”

In fact, in one of his responses, O’Malley launched a zinger at Democratic National Committee Chairwoman, Rep. Debbie Wasserman-Schultz (D-FL), for refusing to expand the debate schedule beyond six, a sentiment that, incidentally, Sanders shares with O’Malley. Wasserman-Schultz has gone so far as to threaten penalties against presidential candidates who engage in debates beyond the party’s sanctioned limit.

Both Clinton and O’Malley, lawyers and debaters by profession, have expansive experience with the obligatory political right of passage. Clinton says she participated in 25 debates in her losing campaign for president in 2008, and O’Malley has engaged in numerous debates in his three campaigns for mayor of Baltimore and two for governor of Maryland.

There’s no surprise in O’Malley’s demand for more debates. They may be the key to his survival as a long-shot presidential candidate. He’s been campaigning in Iowa and New Hampshire for months and before that had traversed the nation for eight years as governor, two of them as chairman of the Democratic Governors’ Association. Yet he has been unable to break through in the polls. His candidacy, though based mainly recognition at this point, is measured variously at between zero and three percent in most surveys, about where he started almost a year ago.

It’s difficult to determine what’s happening on the ground, however. Organization is the one measure that polls cannot detect. And O’Malley has demonstrated through his campaigns in Maryland that he is a skillful campaign organizer, i.e., organizing his vote and getting it to the polls on election day. (Iowa, for example, is a caucus state, and its caucuses resemble a combination of carnivals, church suppers, steak fries and PTA meetings. New Hampshire, the other early state, is a primary election state where every voter feels entitled to a personal handshake from every candidate before deciding how to vote.)

O’Malley was at his best when he outlined his record of accomplishment in Maryland, much of which the other candidates support and propose but which, as governor, he has already done. One of the most sustained bursts of applause accompanied O’Malley’s laceration of the National Rifle Association, especially when the moderator asked each candidate who hates them the most: “The N-R-A,” O’Malley, beaming, intoned proudly – a reference to his enacting one of the toughest gun control laws in the nation.

O’Malley’s other big moment was his forceful advocacy for reinstatement of the Glass-Steagall Act (repealed under President Bill Clinton) which would restore the traditional firewall between investment and commercial banking. It was among the sharpest distinctions of the debate between Clinton, whose ties with Wall Street are a major issue, and O’Malley as well as Sanders.

The first of the six authorized Democratic debates demonstrated that O’Malley can hold his own with any candidate in style as well substance. When challenged on his controversial “zero tolerance” policy as mayor of Baltimore, O’Malley calmly and un-rattled responded firmly with statistics and a sensitive portrait of the city he once governed.

Yet O’Malley’s debate after-image is inescapable: At 52, the youngster of the class, he carries the message and the hope of the future. He appears presidential. His time may be yet to come.