Can we stop pretending? 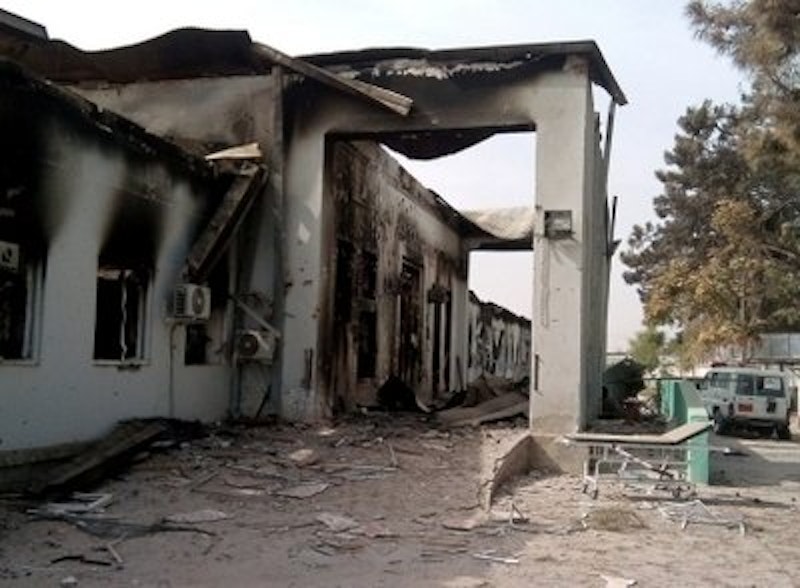 The US has the largest military in the world, with up-to-date technology that lets us blow people up by remote control with drones, or from a height with the latest aircraft. Afghanistan, on the other hand, is a dinky little backwater, without drones or airpower or the latest weaponry. We're bigger, we're badder, we're more advanced. The US vs. Afghanistan should be like those scenes in Iron Man where Tony Stark dons his awesome supersuit and blasts the crap out of a bunch of low-tech scrabblers in the dirt. Why isn't our war like Iron Man, anyway?

That was the tenor of the discussion on NPR one evening last week after Obama announced that, no, we're not ending American presence in Afghanistan later this year as he'd initially promised. Fourteen years in the graveyard of empires isn't sufficient; we need more time to shoot at people and have them shoot at us. Ten thousand troops will stay in country, to protect American gains, whatever they may be.

The NPR commenters, some of whom were veterans, expressed some frustration that we’d been fighting this tiny country for almost a decade and a half, to no great effect. They pointed out, quite rightly, that we’d never committed sufficient manpower, or energy, to win the war, and that, if we did so, we could finally conquer the country, kill the Taliban, and make Afghanistan safe for whatever it is we are trying to keep it safe for when we drop bombs on it.

This argument is correct, as far as it goes. If America really wanted to conquer Afghanistan, we could conquer Afghanistan. All we’d need to do is to decide that the Afghan war is the single most important issue facing the US today. Then we could do what we did in World War II: we could gear the whole economy for war. We could institute a draft, retool civilian factories for combat production, and impose rations so materials and resources could be diverted to crushing the Afghan resistance. We could send, not 20,000 troops, but hundreds of thousands. We could spend whatever it takes. If all else fails, we could drop hydrogen bombs on the entire country and reduce it to a smoking ruin. That would end resistance for sure.

Of course, we're not going to institute a draft, or drop nuclear bombs to defeat the Taliban. We don't think Afghanistan is important enough for the very good reason that it isn’t important enough. Afghanistan is not a security threat to the United States or to the allies of the United States, unlike Germany and Japan during World War II. Al Qaeda has killed less people on US soil than a couple of months of traffic accidents—and it's not even Al Qaeda we're fighting in Afghanistan for the most part. It's the Taliban, who are focused on oppressing their own people, not us.

America simply doesn't have the interest to go to full war footing to protect people we hardly know on the other side of the world. Not in Syria, not in Saudi Arabia, not in China—not anywhere.  And that's overall a good thing. Wars are horrible; you don't want a situation where America is ready to drop nuclear bombs to win some penny ante conflict. People claim that America is necessary to the world's security, but what's really necessary is America's indifference. God help the world if we actually started to care about it.

And if God really wanted to help the world, he'd get us to care, not more, but less. We don't give a crap about the Afghanis; let's just fess up to that fact, and stop dropping bombs on their hospitals in a half-heated attempt to prove, confusedly, that we’re good people. Spending massive amounts of money to murder wounded children is not a cost-effective way to deliver humanitarian outcomes. If we need to pretend we're empathetic, we should open our borders and let as many refugees in from the world's conflicts as want to come. Or we could boost aid to combat hunger and disease worldwide; you could pay for a lot of that with the tonnage we've dropped on Afghanistan.

But humanitarian aid lacks excitement and oomph. Shooting at things feels much more decisive. So we keep troops overseas for 14 years. That's a lot of time, money, and death because we don't care. But if we did care, it would be worse.