The thrill isn’t gone, but websites don’t pack the punch of now-decimated print. 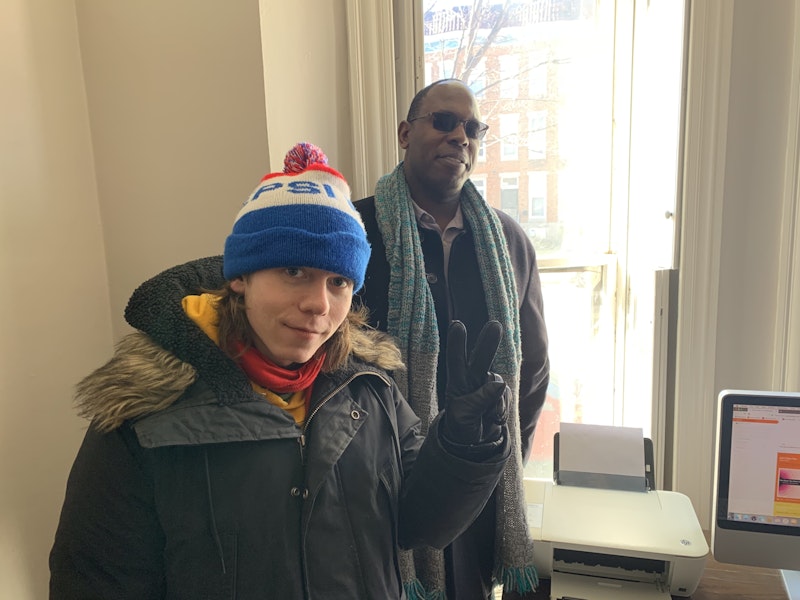 On Tuesday, longtime Splice Today contributor C.T. May began an article recounting an “exchange” he had with me right after Donald Trump’s election in 2016. He was worried Trump might become a dictator and I responded that in all likelihood the Democrats would take back control of the House in 2018. (I should’ve made a wager.) Although May’s written for this site for eight years—delightfully, I’d add, a pro who turns in taut prose with perhaps five typos a year—and we’ve corresponded frequently, I’ve never met the man. He lives in Montreal; I live in Baltimore, where my son Nicky and I are Splice’s sole inhabitants of a small office on N. Charles St.

That’s not particularly remarkable in the modern scattershot journalism industry—a kind description—for I imagine that most of the thousands of small and low-budget websites that compete for attention on the Internet are in the same dinghy. The charitable call Splice Today a “boutique” outlet, posting at least five stories a day that are diverse in political and cultural views, but again, that’s too glamorous, for we run the site on the fly. At least compared to my three print weekly newspapers in the latter part of the last century.

Although like many people who’re roughly my age—Boomers—I’m nostalgic for journalism that was produced before the Internet gutted it, this isn’t a howl for mercy. Change is now, as the Byrds sang over 50 years ago on their best record The Notorious Byrd Brothers, and you grumble and then accept it.

I was reminded of this anonymous sort of publishing on Monday, when Raymond Cummings, another eight-year Splice vet, stopped by the office for a two-hour chat with Nicky and myself (Photo above has Nicky on the left and Ray on the right). It was a lot fun: we skipped politics (aside from Ray’s recommendation that I read Jill Abramson’s new book Merchants of Truth, which I’d never do, since the former executive editor at The New York Times writes articles that I find impossibly partisan, like her former colleague Paul Krugman, and that’s my due diligence), discussed Bret Easton Ellis’ podcast and his upcoming nonfiction book White, recent fiction we’ve read, and current music, which was over my head and I stayed mute while he and Nicky enthusiastically bantered away.

This meeting was an aberration, unfortunately, for the majority of Splice contributors live all over: Pittsburgh, Virginia, Maryland’s Eastern Shore, rural Pennsylvania, Chicago, New York City, Buffalo, London, Los Angeles, Philly, Richmond, Romania, Southampton, Montreal, Oregon, Florida and so on. It’s a stark contrast to my days as editor/proprietor of Baltimore’s City Paper and New York Press, where chunks of two days a week were devoted to gatherings of writers who wandered into the offices, some of these meetings planned, others not. You can email, text or even talk on the phone with a writer, but it’s no replacement for personal interaction. Often, in days past, other editors and I would talk with writers about upcoming ideas, make some, I hope, constructive criticism of their prose, gossip about other publications and then natter on about this or that, which often led, if it was nearing six o’clock, to an exodus to a favored bar.

There are a few exceptions: I’ve known Crispin Sartwell, who writes every Monday for Splice, since he was a full-of-bluster pup (and who wasn’t in the early-1980s?—and so that connection is solid. Same goes for Todd Seavey, another splendid writer who, as a younger man, wrote a weekly column for New York Press. As did Spike Vrusho. And Tom DiVenti, who also contributes his sloppy-joes prose poems to Splice every week, is an old friend from Baltimore, an artist who tore up the town (and grew up with Michael Gentile, a New Yorker since 1988, who was art director at both City Paper and NYP). And Mary McCarthy, a Splice editor, makes the trek from the Eastern Shore every other month or so to pick up a check, and we’ll laugh until the tears are running so furiously I need to reach for a handkerchief. J.D. King, who writes fiction for Splice, is another fellow I met at New York Press, and one time, years ago, Nicky and my younger son Booker met up with Madison Moore in Brooklyn.

But I’ve never met Emina Melonic, the conservative-leaning, Bosnian-born academic who lives in Buffalo, and feel worse off for that fact. That’s true as well with Chris Beck, Tracy Loxley, Loren Kantor, Joe Kugelmass, Matthew Surridge, Oliver Bateman, Michael Davis, Ken Silber, Titus Techera and Stephen Silver, all of whom I think I’d get along with and enjoy their company. And despite our radically opposite political views, and his Twitter neuroticism and vicious name-calling and feuds, I’d guess that the extraordinarily prolific Noah Berlatsky (say what you will about his stories; the man works very, very hard) and I would have a lot of fun debating issues of the day. Even if I’m, by dint of birth and doggedness over the decades, an embodiment of The White Privilege Baby Boomer, a species he regularly excoriates in his seemingly dozens of articles every week for whatever outlet that grants him space.

At its peak, New York Press employed 60 people, not large by newspaper norms of the day, but sizable. Saying that the staff was “spirited” underestimates the regular mayhem that took place in our offices. I prefer the paper’s accountant’s description—a buttoned-up fellow from Jersey—of the scene when he walked in twice a week: “I tell you boss, this is a fucking circus of humanity.” It was, even if, on occasion, that humanity plumbed the depths of sub-humanity. The 1980s and 90s were, by large, excellent times for weekly newspapers.

Today it’s a different world, although Nicky (who often visited the NYP offices as a tot, and was referred to in my column as MUGGER Jr.) and I do have a grand time kibitzing during work hours. And, as an older journalist, I must say that working with one of my sons is a reward I wouldn’t trade for all the farms in Cuba, except maybe shaving 30 years off my age.