A Splice Today piece on the incident based on 10 percent of available information. 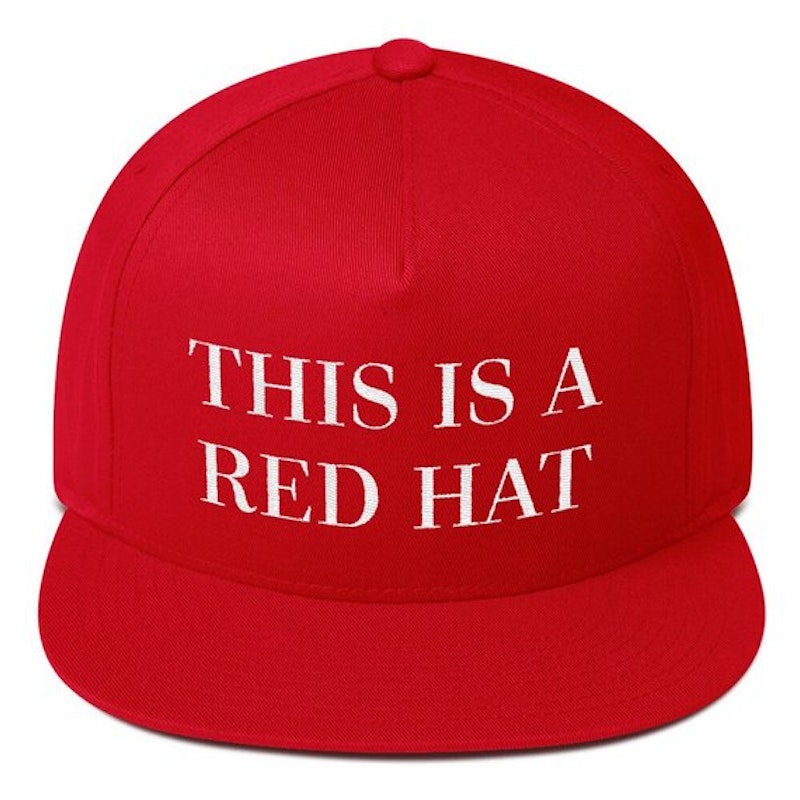 Splice Today published an article by Michel Davis last week on the Covington High School incident that seems based only on the initial, edited version of the now-ubiquitous video.

The confrontation in question involved three parties—some Covington High School students in from Kentucky to participate in the March for Life, an elderly Native American activist named Nathan Phillips, and a number of members from the lunatic cult Black Israelite Hebrews. One of the BIH members called a black Covington student a “nigger,” and others called the MAGA-hat-wearing boys faggots, crackers, pedophiles, and children of incest, which didn't make its way into the Splice Today essay.

Davis describes Phillips as “a Native American elder,” but fails to mention that he lied to the media, claiming to be a Vietnam veteran, which initially gained him substantial sympathy. The author writes that student Nick Sandmann “chose to get up in Phillips’ face,” but the video reveals that it was Phillips who waded into a group of students after the confrontation with the BIH hecklers had begun. Under the circumstances, there's no reason to assume that the students understood what Phillips’ intentions were.

Sandmann refused to step aside for Phillips, who continued to play his drum while the student smirked at him, which is what set many people off. However, Sandmann never got in Phillips’ face. It's an annoying smirk, but far from solid evidence of the racism that the media and Hollywood celebs recklessly rushed to assert it was.

But according to Davis, the students are racists. That's because their parents, who I don't believe he could know anything about, are also racists. The only actual evidence of racism this article presents is the false claim that Sandmann got in Phillips’ face and a mention of some “tomahawk chopping” the students were guilty of. I'm assuming Davis is preaching to the choir here, so he felt no obligation to support a claim a large audience has already eagerly accepted after seeing the red hats and learning that the students (Catholic, like Brett Kavanaugh) were in town to protest abortion. Much of the negative reaction against the Covington students is rooted in progressives’ hatred of Christianity.

Here’s a stunning example of the bias Davis holds against the students: “But he [Sandmann] was a participant, a very visible and willing participant whose 15 minutes of notoriety is deserved. One hopes that in a future frat house gang rape scenario, he and his tomahawk-chopping, abortion-protesting pals would remember this incident and 'say a silent prayer that the situation would not get out of hand.’”

Sandmann’s face is imbedded in the public consciousness now, in a way that makes him a target. The kid's despised across the country now, and people like Bill Maher are making sure that emotion lingers. Trying to minimize the impact a viral video and a duped media will have on a teenager's life’s disingenuous at best. To say he “deserves” what's to come because he got caught in the latest Internet shitstorm started by a provocateur indicates a lack of humanity.

Media personalities, such as so-called “religious scholar” Reza Aslan, tweeted that Sandmann deserves a punch in the face. Comedian Kathy Griffin asked on Twitter for the names and addresses of the boys so she could doxx them. For an adult to pile on this abuse is questionable, but to talk cavalierly of a future frat house gang-rape scenario that you're implying the boys will soon find themselves in is a vicious cheap shot. You’d think that Davis’ past experience as a high school teacher has left him devoid of empathy and full of hatred for young people. Also, maybe he hasn't heard that the UVA gang rape by frat boys reported by Rolling Stone never happened. The same goes for the rapes the media reported that the Duke University lacrosse team members committed.

A bizarre aspect of this hit-piece on previously unknown young people who weren't looking for trouble is that there's no mention that the media reacted to the initial video in an irresponsible manner, or that Twitter suspended the fake account that disseminated that video. Davis’ article takes a maudlin turn in noting that the boys “chose to do this in front of the Lincoln Memorial,” which represents our “democratic ideal.” They're not just the racist progeny of peckerwood Kentucky Catholic racists—these future gang rapists are such despicable gutter rats that they flaunt their bigotry right in front of the Great Emancipator himself!

Davis says that the students shouted, “Build the wall,” but the videos don't support that claim. Nathan Phillips, who was working in the U.S. as a refrigerator repair person during the time he said he was serving in Vietnam, said that he heard this chant, so I'm guessing that he's Davis source on this one. Phillips also made the ridiculous claim that the students “were in the process of attacking” the Black Israelites and “looked like they were going to lynch them,” which is why he felt the need to intervene.

Davis’ article concludes: “We can only add his grinning face to the catalogue of images depicting this moment in our nation’s life, one fraught with emotional as well as physical violence and injustice.” So now a high school student who reacted the wrong way in a viral video is directly linked with racial violence and injustice?

Political people see exactly what they want to see, but still it's not easy to understand how somebody arrives at the conclusions in this essay. We can either learn from the travesty of misinformation and rush to judgment surrounding the Covington students or continue to prowl the Internet searching for the next big outrage. We can pretend we know exactly what happened after looking at a carefully-edited video and then make pronouncements based on half-truths, or we can choose to observe better. The downside of that approach, however, is it presents few opportunities to build yourself up in the public eye. Many will find that hard to give up.