Who are the adults in this? 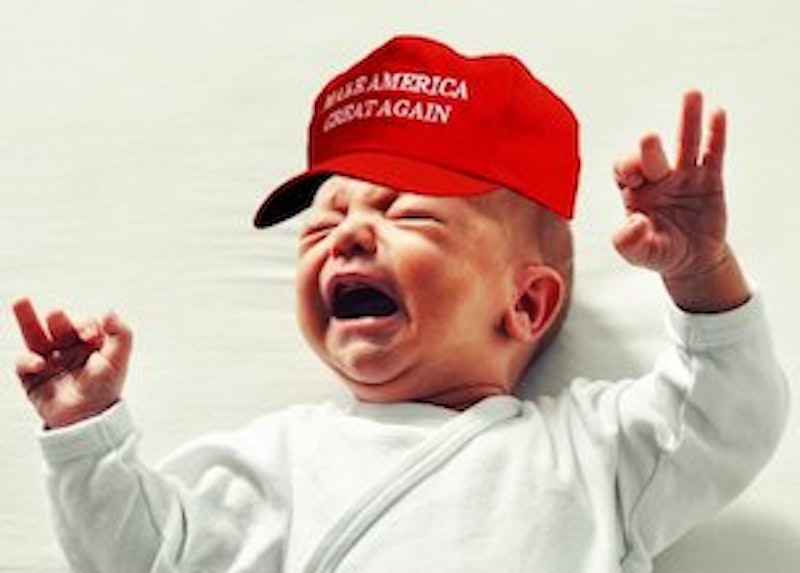 Wiser heads than I have pointed out that the ugly confrontation at the Lincoln Memorial last week between the students of Covington Catholic High School, Nathan Phillips, a Native American elder, and the Hebrew Israelite cult was more complex than merely an arrogant teen in a MAGA hat getting in the face of a Native American activist with a drum. Whatever still passes for cool-headed responsible commentary has by now reminded us that there were adult chaperones who should’ve reined the teenagers in—if not to stop the tomahawk chops and attendant racist mockery, then at least to keep the little lords at a safe distance.

We agree that the adults must bear some responsibility, as shocking as that may seem in a political culture where the overwhelming consensus is that the adults, at every level, have vanished. But who are the adults in this?

As a former high school teacher, I can say without reservation that teenagers are often a reflection of their parents, especially when it comes to political and social mores. They might be a distorted reflection. They might be trying to rile dad up by claiming to be a libertarian over breakfast and quoting Ayn Rand at grandma’s funeral, but somewhere the seed of their upbringing, the emotional, ethical, and economic worldview in which they were raised, will motivate their behavior.

This is especially observable in the last two years of high school, where most of their choices will come down to whether they want to act like adults or like children. Unfortunately, for privileged white teenagers aware that they’re hurdling towards an R1 university on a giant wad of family money, childishness and dickish immaturity is usually more satisfying. The alternative is scary and their upbringing has shown that they can replace fear with arrogance and get away with it. So although we’d no doubt be wise to assign responsibility to the adults in this situation, we can’t avoid the conclusion that immediately follows: if the adults are responsible for this unfortunate, stereotypically racist display, their kids are as well.

It’s equally unfortunate that Nick Sandmann had to become the poster boy for hurtful group behavior of which he was merely a participant and not the sole author. But he was a participant, a very visible and willing participant whose 15 minutes of notoriety is deserved. One hopes that in a future frat house gang rape scenario, he and his tomahawk-chopping, abortion-protesting pals would remember this incident and “say a silent prayer that the situation would not get out of hand.” Maybe Sandmann is saying that prayer now.

Is this overly harsh? Has Sandmann been excoriated by the public beyond the bounds of appropriate censure? Probably. Should he be treated like a thoughtless drone? He certainly behaved like one. But let’s also keep in mind that childish behavior doesn’t make you an automaton operated at a distance by unseen nefarious political forces. Sandmann may be a teen, but he’s not a toddler and at his age society expects him to know right from wrong—why people of color his age sometimes get prosecuted as adults. But Sandmann and his friends don’t worry about that.

We assume he knew where he was and what he was doing when he chose to get up in Phillips’ face and front for his buddies in a MAGA hat—a symbol which has come to represent, among many other things, the power of conservative white America to injure, disregard, and loudly disrespect those who are not white—not the least of which are the Native American populations suffering horribly from the historic and historically stupid shutdown.

Moreover, Sandmann and his friends chose to do this in front of the Lincoln Memorial, otherwise one of the most dignified and significant monuments to our democratic ideal. Should we believe Mitch McConnell’s RunSwitch PR firm talking points trotted out for Savannah Guthrie in the NBC Today interview, where Sandmann claims he “definitely felt threatened”?  Or does Josh Marshall sound more reasonable when he writes, “As someone who was once a high school boy, I can say with some confidence that that is utter bullshit.” Anyone who has spent time around high school boys, especially ones who self-identify as conservative, would agree.

Though, we can’t blame Sandmann’s family for trying to diffuse the situation and certainly, as Marshall adds, the boy having to bear so much public anger is not at all fair: “Beyond the reality of the encounter, you have the unmistakable imagery of jeering and smiling white kids in MAGA caps surrounding one dark complected man. These symbols are so potent it makes it hard for any of us not to bring all sorts of experiences, fears, angers, senses of grievance to the moment we see on video… The racial dynamics and aggression are crystal clear in the student crowd’s chopping motions. The adult chaperones have failed in letting the situation escalate to this point in the first place. Then suddenly Nick Sandmann is the focal point and carrying the weight of righteous anger at dickish teens, white supremacy and Trumpism across the country.”

Or as professor and commentator, Roxane Gay, recently noted, “Imagine if people were ever this concerned about young men of color, ever this accommodating, ever this expansive in allowing them humanity.”

Can we even imagine that? I wish we could. It would make everyone feel better if we could come to believe that the dry rot dividing our society hasn’t reached our children. But if we ask, “Where are the adults?” we also have to ask, “What sort of talk are kids like Sandmann hearing at home?” But we know. We’ve seen children acting like irresponsible hate-fuelled adults and adults acting like irresponsible hate-fuelled children.

Personally, I’d choose to hang out with Nathan Phillips and listen to what he has to say any day. Hearing a Native American elder speak is a privilege. Hearing teenagers chant, “Build the wall” as they make tomahawk swipes with their hands, less so. And we shouldn’t fail to note that Pope Francis could barely tolerate the Trumps when Donald and company made their state visit to the Vatican. Perhaps the faculty and administration of Covington Catholic High School should take off the MAGA hats and talk to their bishop, as the Catholic educational program seems to be suffering from a bit of scope creep beyond its ubiquitous sexual abuse scandals.

Ultimately, we’d all like to forget Nick Sandmann, but we can’t afford to. We can only add his grinning face to the catalogue of images depicting this moment in our nation’s life, one fraught with emotional as well as physical violence and injustice. We hope that at least his friends, family, and future golf buddies have learned something from this. We hope our country recovers from its bipolar political maladies.