Patriots of the Wrong Places 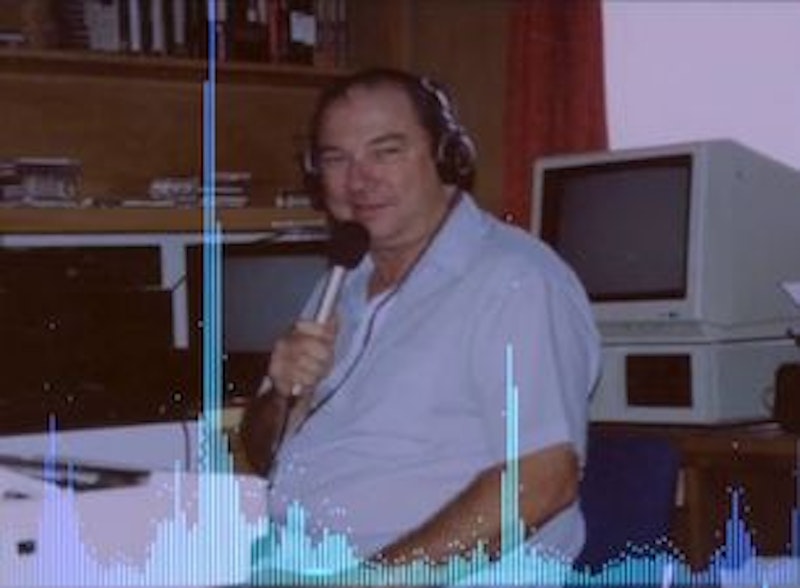 I wouldn’t have guessed that a Brooklyn-dwelling boomer writer who has contributed to New York, Village Voice, and Rolling Stone would have great sympathy for one of America’s most notorious militia-man conspiracy theorists, Bill Cooper.

But Mark Jacobson’s strange and revealing book Pale Horse Rider: William Cooper, the Rise of Conspiracy, and the Fall of Trust in America manages to show Cooper, who arguably predicted 9/11, as a man whose crusade against the federal government and authoritarianism was in many ways admirable, even while acknowledging Cooper was a drunk and crackpot.

It’s a delicate balancing act, and as a New York City writer myself, I can attest that most writers here wouldn’t bother attempting it, especially not once they’d spotted indirect ties between Cooper’s thinking and that of the Oklahoma City bomber, the anti-Semitic hoaxers who wrote the Protocols of the Elders of Zion, or, even worse in some people’s minds these days, Trump himself.

But big-city liberals like most of Jacobson’s and my own neighbors might feel a bit more sympathy when they see that Cooper, who died in a shootout with police mere weeks after 9/11 after years of flouting tax and other laws, was proud of his influence on rap culture (one rapper from New Jersey has even rechristened himself William Cooper and written Cooper-influenced songs about the oppressive New World Order and big-government surveillance, and who can blame people like, say, the cartoonist behind the strip “Boondocks” for being paranoid about the police?), argued on his radio show in favor of across-the-board libertarian positions including the right to get an abortion, and urged his listeners—including readers of his best-known book, Behold a Pale Horse—to avoid being brainwashed by corporate media and the military-industrial complex.

For the delight of my most finicky cultural-elite New York pals, I add that I suspect Cooper was an influence on David Lynch and Mark Frost when they created Twin Peaks. Frost has gone into great detail about conspiracy theories in Peaks spinoff novels; Lynch has expressed agnosticism (to the outrage of some) about what happened on 9/11; there were multiple significant apocalyptic radio broadcasters on the third season of Peaks; and the main character was, coincidentally or not, named Cooper, interested in ties between UFOs and the federal government, and enamored at one point of a woman named Annie (also the name of one of the multiple wives Bill Cooper had over the years and enthused about on-air).

There’s room here for an array of American rebels to find common ground, and the conspiracy theorists would contend that’s precisely what scares the establishment and why, goes the theory, the establishment keeps concocting schemes that pit half the population against the other half, to distract and enrage us. Jacobson reports that he has made regular trips to commune with survivalist types in the Southwest, where Cooper spent his final years predicting ever-escalating crises and crackdowns caused or exploited by the federal government.

Maybe Cooper was just a broken clock who was right twice a day, as Jacobson puts it, but at those times, you may need a voice of resistance.

If Jacobson sounds like a northerner turned unlikely friend to the southwestern fringe crowd, Ben Fountain is very much a man of the South who has grown appalled by the descent of America into Trump-style—and to some extent Southern-style—populism in the past few years, as he explains in the book Beautiful Country Burn Again. And if it sounds like a paradox for me to find Fountain about as persuasive as Jacobson, both of them sort of traitors to the prevailing sentiments of their respective geographic regions, maybe that just means I’m a very well-rounded pessimist.

It’s entirely possible, I attest, to (1) dislike the federal government so much that you’d love to see Trump use the legal power he now has—due to the length of time federal workers have been furloughed—to simply lay them off permanently, reducing our leviathan state by 800,000 employees and (2) recognize, as Fountain poetically laments, that Trump is the culmination of a long, dark history of American hucksterism and race-baiting. Sometimes things are awful in all directions simultaneously.

Fountain sees one precursor to the Trump phenomenon in the mid-century Texas governor “Pappy” O’Daniels, who managed despite his various wrongdoings to convince a big swath of the electorate that he was heartwarming and sincere—partly by being so blatantly, brazenly artificial. O’Daniels amassed a big radio audience by telling old-timey stories with simple morals as a means of advertising biscuits, then parlayed that into a political career. People were never really meant to fall for it, but they did, hard.

O’Daniels not only became a real-life governor, he became a character in the Coen Brothers movie O, Brother Where Art Thou? (apocryphally relocated to Arkansas) and, I’d guess, a big influence on the 1957 Elia Kazan film A Face in the Crowd, about a jailhouse crooner turned radio host and very cynical political kingmaker, played by Andy Griffith (perhaps that film also had an influence on the Coen Brothers casting Kazan’s granddaughter Zoe Kazan as an unfortunate wagon train traveler in their recent film The Ballad of Buster Scruggs).

In short, I’m all for staying paranoid in the face of oppression by the left, but it’s best to remember we’re getting shot at from all sides. Have no illusions.