Salon and Gawker Hit Each Other 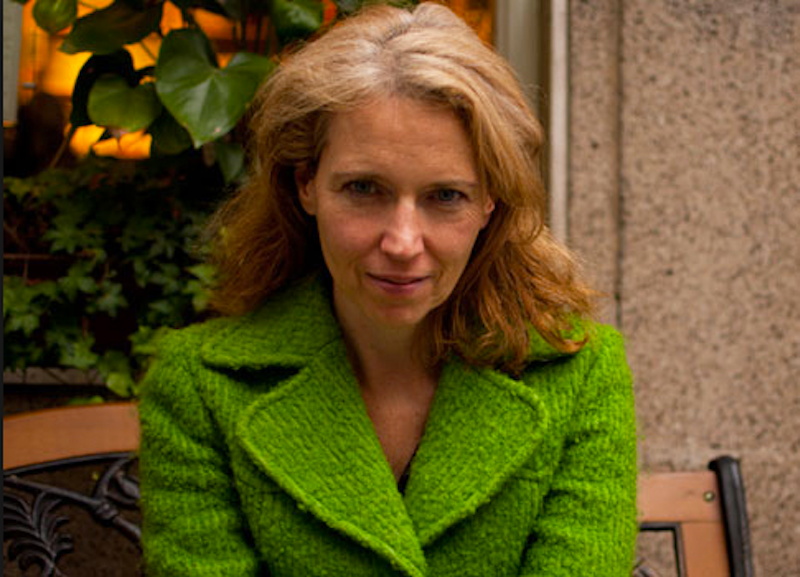 Once there were public figures and there were civilians, and news organizations picked on the first and left the second alone. The Internet, though, has scrambled the categories thoroughly, and in all that scrambling, those news organizations, robbed of their ad revenue and desperate for hits, sometimes grind up random passersby in all their flailing.

The most recent example here is Gawker, which last week outed a random CFO at the behest of a blackmailer. That news desk decision has been roundly condemned by just about everybody (except for some of Gawker's editors). But even with such a clear instance of overstepping, the lines around public and private remain blurry—as Salon's Mary Elizabeth Williams demonstrated when she joined the anti-Gawker feeding frenzy.

Williams' article is titled "I was slimed by Gawker: In the worst year of my life, I became a regular target—and it was devastating." In it she says that Gawker wrote multiple stories attacking her writing during 2011-2012, when she was fighting cancer. In a particularly vicious swipe, the writer (Hamilton Nolan) put her on a year-end list of authors who Gawker hoped would leave journalism. Apparently referencing Williams' articles about her cancer, he said that to write like her you should, "Be sure to throw in some irrelevant tidbits about your personal life designed to short-circuit any criticism of your work in advance." Nolan's article, in other words, both prayed for Williams to cease work and briefly, but explicitly, mentioned her cancer. "We're not being mean, we're being honest," Nolan wrote, which I think could be interpreted pretty easily in context to mean that he’s being honest about his hope that her cancer would prevent her from continuing her writing career.

Still, Williams is in a different position from the CFO Gawker went after. The CFO wasn't a public figure; there was no conceivable reason to air his private business. The article attacking him was the first that the vast majority of Gawker readers had ever heard of him.

Williams, on the other hand, is a well-known columnist. And as Nolan wrote in response to her essay, "the published writing of professional writers" is generally understood to be a legitimate subject for criticism—even for very harsh criticism. "Though messy and often insulting, the public discussion is at the center of the media’s value," Nolan insists, accidentally mirroring the vacuous tone of moralizing uplift that he claims to find in the writing of Williams.

If Nolan here becomes Williams, you could say that Williams is transformed into Nolan. Her piece deliberately positions itself as nice against Gawker's meanness… but is she really so nice? She doesn't mention Nolan's name, claiming it would be cruel to shame him and that, "This is about the Gawker culture." But anyone can Google him easily, and by refusing to mention him she makes him a symptom rather than a person—a fairly aggressive critical move.

That's not the only blow that could be considered below the belt. Williams is publishing the piece now because Gawker is being widely pilloried; she's joining in a pile-on. The title of Williams' essay is also misleading: she says Gawker "slimed" her, which would usually lead you to think that the publication had libeled her, or otherwise dragged her through the mud personally, which is not how most people would interpret Nolan's criticisms. She also suggests that Nolan used an image of her from her last pre-cancer column as a way to pillory her. Nolan says, though, that he just found the image through Google search, and adds (correctly) that the picture is "perfectly lovely." Using photos of a target for a hit piece is always dicey—it tends to focus attention on the person rather than the writing. But the picture in question really doesn’t seem to have been chosen to ridicule or demean. It had personal associations for Williams that made it particularly painful, but it's hard to see how Nolan could have known that.

You could argue that Williams' rhetorical framing here is justified by the fact that Gawker is evil, and deserves whatever pummeling it gets—or you could simply argue that turnabout is fair play. But that seems to land you back in Nolan's position, arguing for a brutal, unrestrained public discourse. Nolan's a public writer; in Nolan's view, he himself signed up for as much abuse as other writers can dish out—and Williams obliged him.

Nolan argues that writers need to be criticized vociferously in the name of an ever-improving public discourse. But is he really dedicated to improving public discourse, or was attacking Williams just mean-spirited fun—made all the more piquant through the shock-value of sneering at someone with a life-threatening illness? For her part, Williams thinks Gawker should be criticized vociferously in the name of kindness and decency. But she also seems motivated (very understandably) by the chance to settle scores, and Salon is aware that this particular post was much more likely to go viral at this particular time.

Both Williams and Nolan have at least moderately large public platforms; they are, unlike that random CFO, newsworthy figures. But the back-and-forth between them also underlines the extent to which newsworthiness isn't so much a rubric as an excuse. Villains are fun, and people like to see them pummeled, either by heroic swaggering assholes or by more-in-sorrow-than-in-anger aggrieved parties, depending on one's particular genre preferences. Journalism isn't so much engaged in a search for truth as in a search for punching bags. The Internet hasn't really changed that, though maybe it's made it slightly more likely that any given person, whether the wrong target or the right one, will get hit.