Everything is now cause for culture war, fears Todd Seavey. 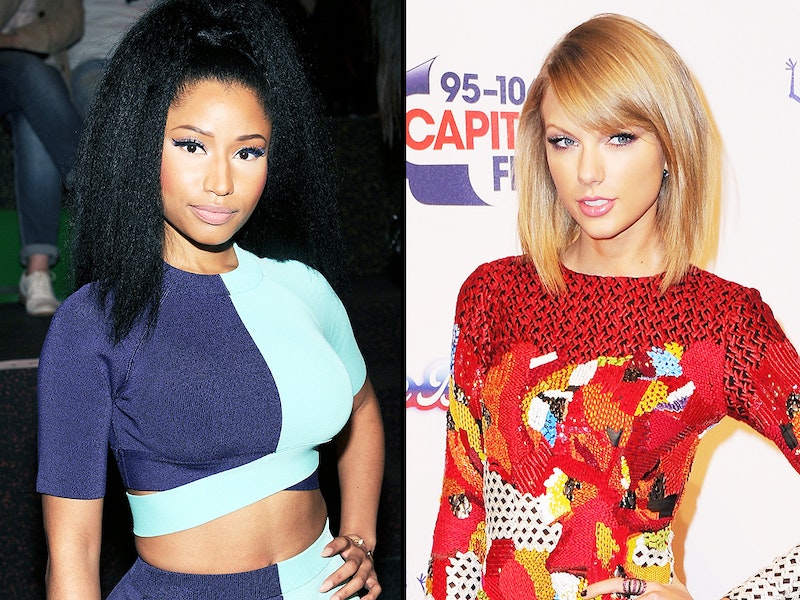 For a movie that made less than $500,000 worldwide at the box office, the Mike Judge eugenics comedy Idiocracy had a (justifiably) big impact on cultural discourse. One oft-cited bit is the degraded future society bestowing awards on the film Ass, which consists entirely of a protracted shot of one guy’s flatulent ass.

But we may already be stupider than the Idiocrats because we don’t just watch asses—a hobby that certainly has its place in a properly functioning society—we get politically outraged if awards are not bestowed on the ass film.

So it is that Nicki Minaj was aghast her video for “Anaconda,” consisting mostly of a tweaked old Sir Mix-a-Lot song and Minaj’s large ass moving around and rapped about, was not being honored with Video Music Award nominations. Then she implied the nominations were racist and that Taylor Swift’s epic, celebrity-filled, sci-fi-themed video “Bad Blood” was nominated because Swift is thin and white.

(Disclosure: I know a relative of “Bad Blood” director Joseph Kahn, and Kahn is clearly a fellow sci-fi nerd, having made a time travel comedy film, a video for a song from Tomb Raider, an unauthorized Power Rangers short, and an attempt to become the director of a film adaptation of cyberpunk novel Neuromancer. I think he gets some of that—and his conflicted emotions over having directed the goofy, physics-defying motorcycle thriller Torque—out of his system in fine fashion in the Swift video. There are rumors she may play Dazzler in X-Men: Apocalypse, so “Bad Blood” almost feels like a test run for that.)

But the layers of absurdity don’t end with Minaj being grumpy. They never do anymore. When she and Swift sparred on Twitter about it all, then, mercifully, quickly patched things up, multiple left-leaning outlets weighed in to condemn Swift for engaging in “white feminism” (the latest in the left’s endless array of charges against the rest of society) for taking Minaj’s complaint as a personal one rather than an indictment of the system. Whites just don’t get that it’s not about them as individuals, etc.

Much as I was hoping this would continue to escalate and culminate in a “battle” duet about the singers’ relative ass sizes—even if that meant clear victory for Minaj—it’s probably better for society if it blows over. The whole thing makes a pretty clunky, desperate metaphor for any broader American racial oppression, given that it not only isn’t clear Minaj’s ass deserved awards in this case, it’s also not clear it’s even really her ass, since she seems to have jokingly admitted rumors of its enhancement by science, and even if real it wouldn’t be a fully African-descended ass, given Minaj’s partly-Indian heritage (she was born in Trinidad and Tobago).

That makes this clash less a metaphor for the white supremacism that the left (very dangerously) has begun seeing at work everywhere than for the eclecticism, high technology, and highly profitable, multicultural pro-ass sentiment of this society. We may yet collapse, but it won’t be from ass being underappreciated.