Ross Douthat Steps Back From the #NeverTrump Hysteria

The Times columnist dislikes Trump, but understands his success. 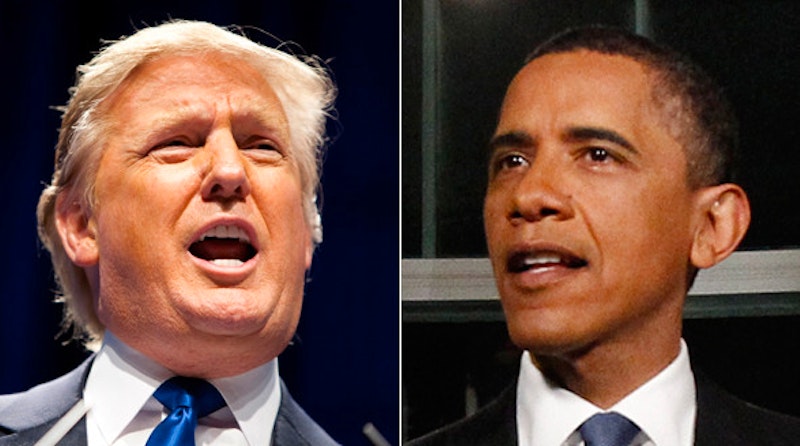 Taking a break—thank God!—from the inside bubble of Twitter and all the #NeverTrump pats on the back, New York Times columnist Ross Douthat made a lot of sense on Sunday’s op-ed page. Granted, Douthat is not a Trump supporter, and like the vast majority of his myopic colleagues in the print media, openly lampooned the possibility of a Trump GOP nomination, which he’s since had to retract. The Times’ youngest pundit (36), Douthat is a mild conservative—again, the paper’s never replaced the authentic conservative voice of the late William Safire (and what a feast he’d be having this year!)—and is horrified that a Queens-born developer/professional celebrity might run in November against the similarly ethically-challenged Hillary Clinton.

It’s been hilarious in the past several weeks to see writers for The Weekly Standard and National Review—just two examples—to rant against Trump for not adhering to their neocon standards and other traditional tenets of conservatism, cloaked now in the High-Horse indignation of the candidate’s KKK/David Duke fuck-up, and other boorish statements. (That liberal media outlets are kicking in, too, is odd: you’d think they’d relish a Trump nomination.) There’s lots of jabber about a brokered convention, a third party, a draft of Mitt Romney, etc. from the likes of WS editor William Kristol and Max Boot, but that’s a reach, even in this weird political campaign. My bet is that most of the #NeverTrump crowd will, when faced with a third consecutive Democratic White House term, give up and vote for the cretin who delights large segments of an American electorate that wants to blow up Washington’s status quo.

Trump is vulgar—it’s a shame that Spy’s three founders, Kurt Andersen, Tom Phillips and Graydon Carter, aren’t receiving annuities for originating the resuscitated “short-fingered vulgarian”—and an insufferable loudmouth with a lot of dumb ideas, but as I’ve written before, it’s refreshing to see any candidate throw tomatoes at the permanent government in DC. I don’t care for him myself—and haven’t since he started gaming the media in the 1980s—but his style sure is contagious: several weeks ago, who’d have predicted that a desperate Marco Rubio would be reduced to questioning the size of Trump’s schlong? And Ted Cruz can go jump in the infested waters of Galveston, what with his offensive patter about getting on his knees each morning, squaring himself with his creator, while thinking of ways to rid the United States of immigrants. (Yes, I realized that Trump’s Nativist stance is a big part of his appeal, but if you think he’s really going to build a wall to keep out Mexicans, you haven’t paid attention to his walk-backs on that issue.)

Back to Douthat, who correctly says—between the lines—that the established GOP is already dead, pointing to the “cratering” of George W. Bush’s presidency, which, after Katrina (with a help from former Rep. Tom Foley) led to disastrous Republican results in the 2006 midterms. All this baloney about the GOP going the way of the Whigs is just that: whether Trump wins or loses in November (assuming he’s the nominee), a new GOP will emerge, although what form it takes is anybody’s guess. It’s a two-party country, and will remain so probably for at least several decades to come.

But Douthat also convincingly writes that it was Barack Obama’s regal 2008 campaign that paved the way for another, if more low-rent, celebrity presidential candidacy. He says: “Presidential politics has long had an escalating celebrity component [JFK, anyone?], a cultish side that’s grown ever-more-conspicuous with time. But the first Obama campaign raised the bar. The quasi-religious imagery and rhetoric, the Great Man iconography and pillared sets, the Oprah endorsement and Will.i.am music video and the Hollywood stars pledging allegiance—it was presidential politics as one part Aaron Sorkin-scripted liturgy, one part prestige movie’s Oscar campaign.”

(Some liberals drool at the thought of a President Clinton nominating Obama to the Supreme Court, but I doubt he’d consider that next year: he wants to receive his due post-presidency book deals, speaking engagements for half-a-million a pop, and perhaps, as I’ve always figured his talents lie, a talk-show host in prime time.)

I write on the last day of February, and already wagers have been laid down across the country on November’s results. Premature, I’d say—I’m not betting until after the conventions—since so much can, and probably will, happen in the interim. A recession would cripple Clinton; a war would help her, with rallying around Obama; and though I can’t conceive of anything that would cause Trump’s vast base of supporters to jump ship—maybe documented photos of him banging a teenager, especially a boy—it’s hard to tell, for this is a week-to-week campaign.